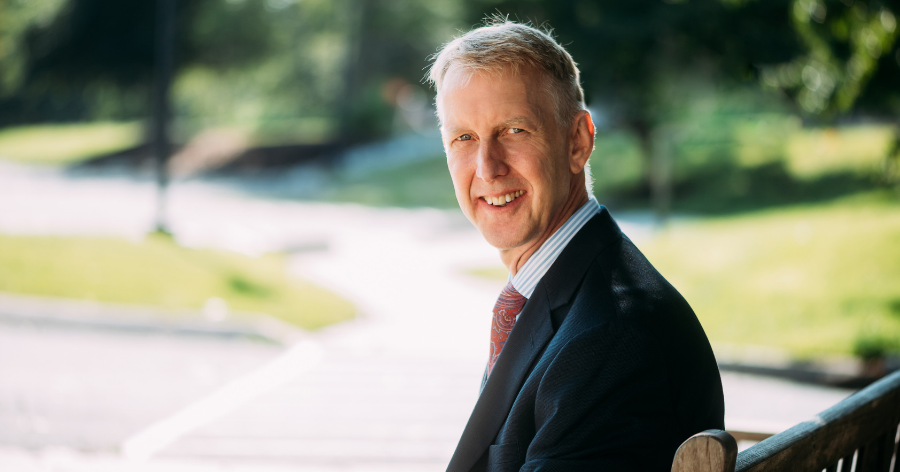 The view outside his window from his new office in Monkton is a bit different than his last office — in Monterrey, Mexico. But Dr. Ian Clark, new Head of Lower School at St. James Academy, says the atmosphere inside is very similar.

“It didn’t really matter where I was teaching because I was always teaching in an American school,” said Ian, whose past appointments included teaching and administrative positions in New Delhi, Dakar, and most recently in Monterrey. “The philosophies were always the same inside the school buildings even though outside looked very different.”

Ian officially assumed his new role on July 1st. It took him four days to drive from his last home to his new home in Cockeysville, which reminds him a great deal of the community where he grew up in the UK.

One might say education is in his blood — his father was an administrator, his mother was a teacher, and his wife, Sarah, is a teacher.  A career in education that has spanned more than 30 years has taken him from teaching in a lower school science classroom on the Upper East Side, to classrooms across the globe, and now to Monkton.

But the decision to take the job at St. James Academy was as much about his own children as it was about taking a new journey career-wise. He was drawn by the school’s small class sizes and commitment to teaching the whole child. 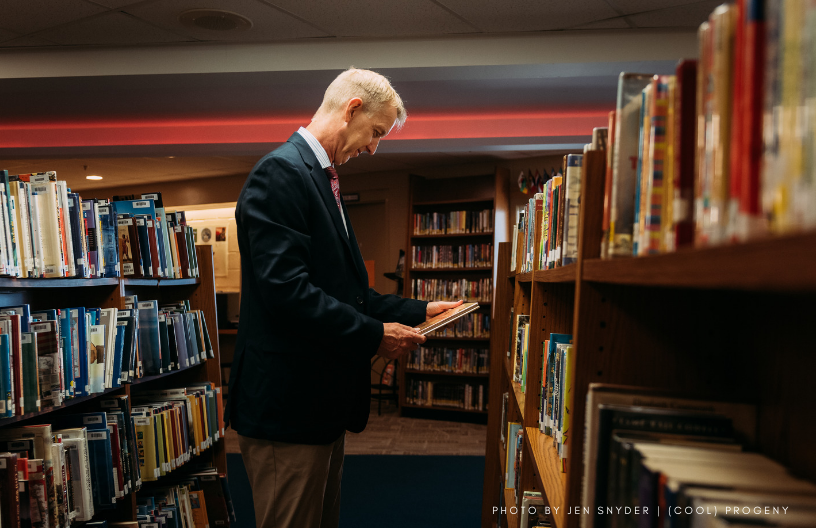 “When I visited in December, I liked what I saw in the classroom. How the teachers and students were engaged,” said Ian. “I think that’s one of the wonderful things about independent school education. The small classes mean that my son will be able to try theatre and my daughter will be able to be involved in sports — activities they may not have been able to experience in a larger school.”

St. James’ dedication to community service also attracted Ian — both as an administrator and as a parent. As one who is passionate about service to others, Ian hopes to instill that same passion in his own children. While living in Mexico, he organized outreach and assistance to  children in need and had his whole family involved in initiatives that he describes as “similar to Habitat for Humanity.”

“There is something quite powerful when your children can interact — in a non-patronizing way — with those less fortunate than themselves,” said Ian. “They forge real connections.”

“We are thrilled to have Dr. Clark join St. James Academy. His passion for teaching and his ability to engage with young students was evident during his first visit to campus,” said Charlotte Riggs, Head of School. “In addition to his extensive leadership experience in international schools, Dr. Clark brings warmth, a sense of humor, and a deep understanding of education—all valuable contributions
contributions to our school.”

It hasn’t been all work for Ian. While his kids are at summer camp in New England, he and Sarah have had an opportunity to explore their new hometown. They are especially fond of Hampden’s quirkiness which reminds them of when they first met and lived in Brooklyn. Another place they’ve loved to explore? Fells Point.

“But really, I can’t wait to belong to a community,” said Ian, who went on to say that he wants his kids to feel connected to the community as well. As a family who has moved every few years for more than a decade living the expat transient lifestyle, the move to Monkton and St. James Academy means being closer to their family in New England and putting down roots, so to speak.

“I can’t wait to cheer for the Orioles!” said Ian.

Editor’s Note: This article is sponsored by St. James Academy. Learn more about them in our Independent School Directory! Photos by Jen Snyder.