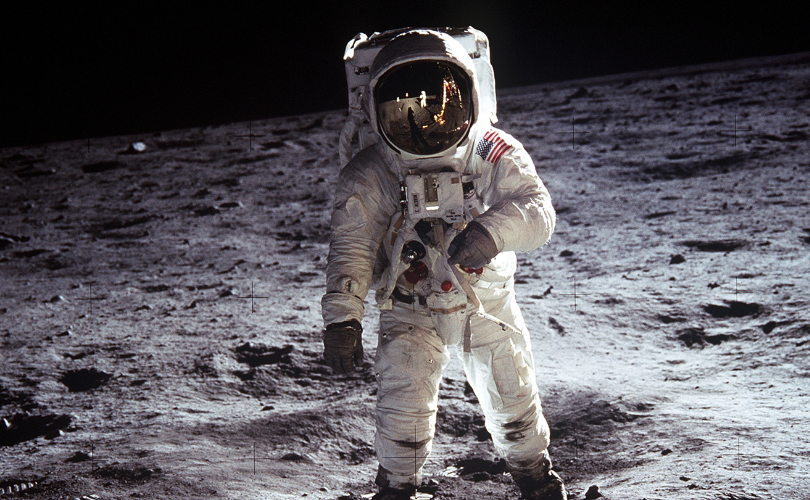 Space and kids? They kinda go together like nut butter and jelly. There is just something magical when you think about how BIG the universe is… and what it might be like to blast off into the cosmos.

Saturday marks the 50th anniversary of the Apollo 11 lunar mission. Lucky for families, there is no shortage of kid-friendly celebrations happening over the next few days to mark the occasion! Head to the Apollo 50th Festival in DC, make a galactic mobile at the library, enter the model rocket contest at Goddard Space Flight Center, play and learn during Mooniversary at Port Discovery, and MORE! Check out our find celebration finds below!

Too hot to go out? You can celebrate at home! On July 19, NASA will broadcast live from Kennedy Space Center in Florida, the historic, newly-restored Apollo mission control room at Johnson Space Center in Houston and the Marshall Space Flight Center in Huntsville, Alabama. They will also be at the Smithsonian National Air and Space Museum in Washington, with a special guest host. They’ll look in live on Neil Armstrong’s hometown of Wapakoneta, Ohio, see the Apollo 11 command module on display in Seattle, and see slices of Americana at other anniversary celebrations around the country. Learn the story of how they got to the moon, and how they’ll get there again, hearing directly from Apollo astronauts alongside current and future astronauts, scientists, engineers, and others sharing some untold stories, quirky facts, and personal reflections about journeying to the lunar surface. Watch it on the NASA Live page.

Join the National Air and Space Museum and NASA for the Apollo 50 Festival on the National Mall, an outdoor celebration of the first Moon landing. At the Apollo 50 Festival’s stage and 20 tented display’s visitors can enjoy hands-on exhibits and activities from exhibitors like NASA, Boeing, Raytheon, The LEGO Group, and PBS’s Ready Jet Go!; live performances on stage by Ready, Jet, Go! featuring costumed characters; and exciting speakers including Adam Savage, NASA scientists, Museum experts, and more. MORE

Join the Air and Space Museum for a day of educational and fun family activities in celebration of the 50th anniversary of the Apollo 11 Moon landing. At Discover the Moon Day talk to scientists and learn about lunar science! MORE

Celebrate Apollopalooza by making a galactic mobile.  This program is free, but space is limited. Registration begins 30 minutes before program. Children under 8 must be accompanied by an adult. MORE

It’s been 50 years since Apollo 11 put astronauts on the surface of the moon. Celebrate the science behind this amazing achievement during One Giant Leap–a special day of activities at MSC on the anniversary itself, July 20th. There will be a lecture in the MSC on the trials and tribulations that led to the historic moon landing, a chance to make DIY astronaut tools in The Shed, build a lunar lander, and even see a slice of a moon rock. Plus a special planetarium show, One Small Step, will be showing in the planetarium. MSC staffers created this special show to take an historical look back at what it took to get to the moon and back. (Can’t make Saturday? One Small Step plays for the month of July…) MORE

Celebrate the 50th anniversary of the historic Apollo 11 Moon landing at the annual National Association of Rocketry Headquarters Astro Modeling Section model rocket contest. Watch a narrated demonstration launch of models of historic NASA space vehicles, and then attempt to land your own model rocket on the “Moon.” Trophies and prizes will be awarded to the top youth and adult finishers. The contest is free and open to the public. On-site registration is required on the day of the contest. The first 200 registrants will receive a commemorative Moon landing giveaway. You must bring your own rocket and motors, or purchase them at the nearby Goddard Gift Shop. An awards ceremony follows the contest. MORE

Design and build a satellite that meets certain requirements for traveling to the surface of Mars, highlighting the engineering design process that NASA uses, while learning the value of teamwork and problem solving. Sponsored by the Friends of the Towson Library. Children under 8 must be accompanied by an adult. Registration is required for this event. MORE 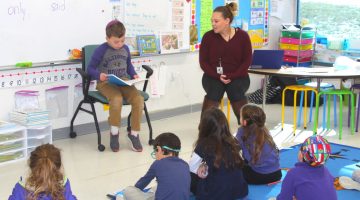