This year, they celebrate the 5th anniversary of their annual holiday show, adapted by Charles Dickens’ beloved ghost story. But, as you can imagine, this version — written by company founder and artistic director Ian Gallaner — has more than a few Baltimore twists.

Chesapeake Shakespeare Company’s adaption of the show celebrates local history and Chesapeake culture while staying true to the traditional story. Instead of transporting the audience to 1800s England, the performance takes place in Victorian Baltimore. Ebenezer Scrooge and the Cratchit Family live in Baltimore neighborhoods near the Inner Harbor. There are 24 pieces of music in the program that celebrate the multicultural environment in the city, which included a host of immigrant populations and the largest free black community in the United States at that time in history.

“Shakespeare was a writer who wrote for the community, the common man. I think Dickens was much the same,” said director Gerrad Alex Taylor. “That tradition of being aware of and integrating community into the storytelling inspires this performance,” said Taylor.

Fourteen young, local actors are part of this year’s cast, with each child performing in half of the shows. Kids play the roles of the Cratchitt children, street carolers (they sing one entire carol in Greek), Ignorance and Want. In the past five years, there have been 10 Tiny Tims!

The company doesn’t just celebrate the Baltimore community through performance — they design the entire theatre experience to be accessible the community, especially families. Their intimate theatre space inside the former Mercantile Trust & Deposit Company landmark bank building on South Calvert Street is a great space for kids. One of the former bank vaults adjacent to the performance space holds the PNC Family Room. If a child (or parent!) needs a break during the performance, they can go into the Family Room and play without missing the show (a live stream shows on a monitor — kids cannot be left unchaperoned). Concessions stay open on the second floor throughout the show and are stocked with kid-friendly items. Performances are intentionally designed to break down the wall between actors and audience, so interactive elements happen throughout the pre-show, intermission, and after the performance.

“I think it’s important to note that when kids are in the audience, we do not shush them,” said Jean Thompson, communications manager for the company. “They are invited to sing along! We want them to!”

A Christmas Carol is best suited for kids ages 5-99. Remember, Dickens saw this piece as a spooky ghost story, so there are special effects and spooky elements that bring the ghosts to life.

This is one Baltimore tradition you’ll want to make a tradition for your family! 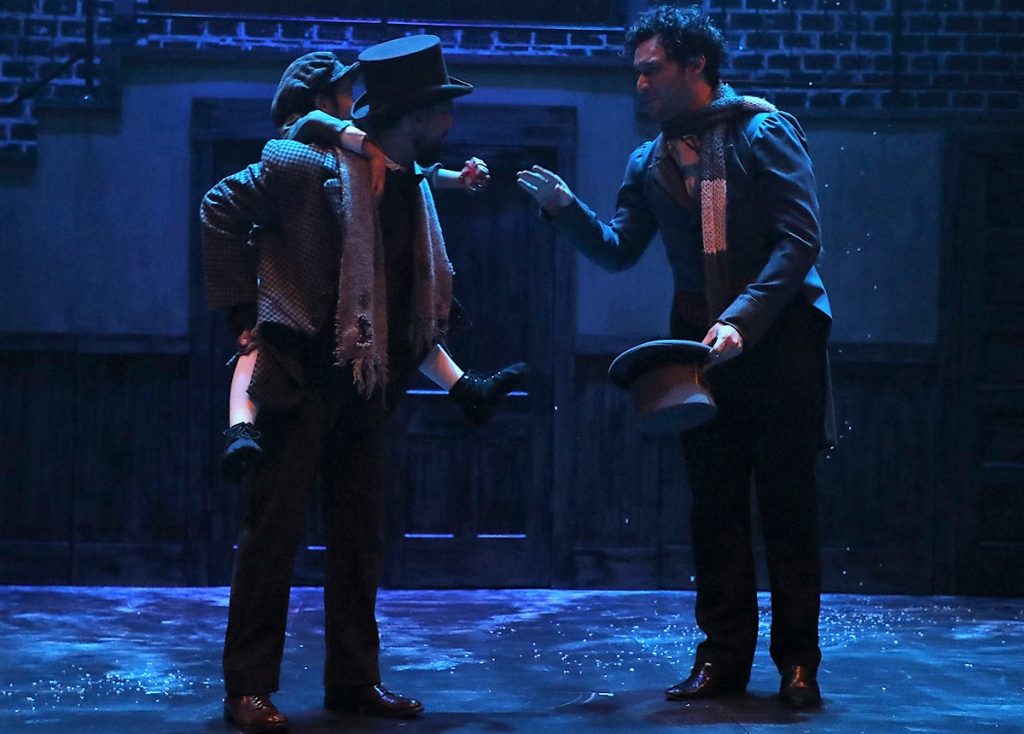 (cool) tips: know before you go

Editor’s Note: This article is sponsored by Chesapeake Shakespeare Company.

Next post Moms Day Out: Holidays in Harbor East

The Waldorf School of Baltimore, October 7, 2020