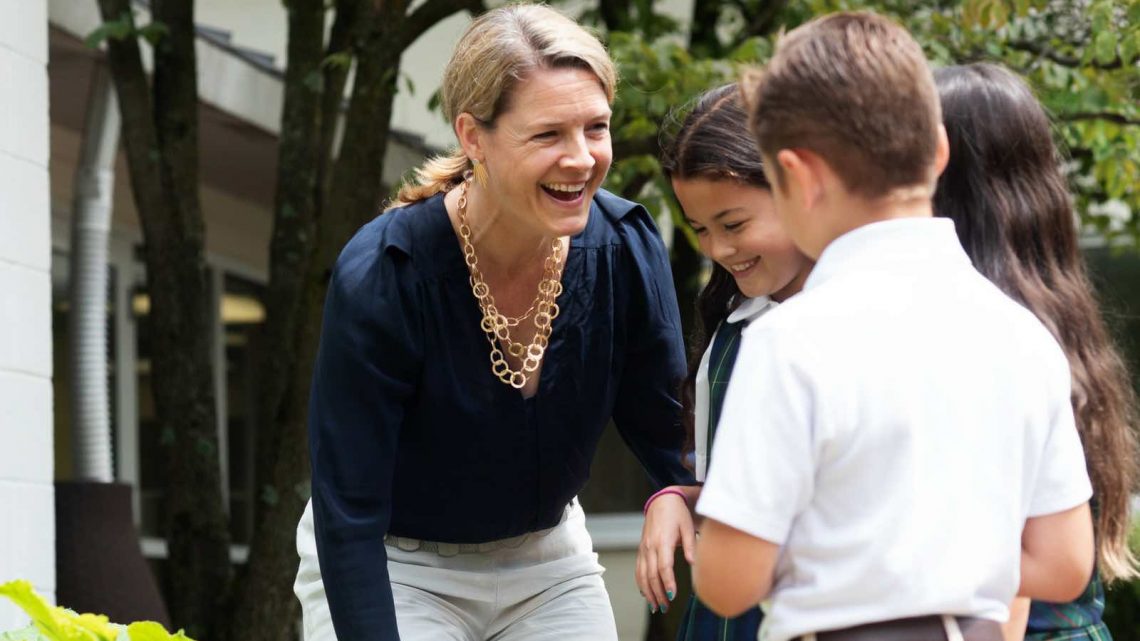 It wasn’t just students that had first day jitters yesterday. Administrators, teachers, and Heads of School across Baltimore had them, too. Including Charlotte Riggs, new Head of School of St. James Academy.

Nervous energy coupled with possibility and fresh starts creates the flutter that everyone feels on the first day of school. So, quite naturally, Charlotte wore wings to greet students for the first time at morning carpool.

“I think it’s important to normalize those feelings,” said Charlotte. “Let kids know that it’s ok to be anxious, but then redirect them a bit and ask them about what excites them.”

Her goal this year is to get to really know the students at St. James. “I don’t just want to know their names. I want to know what they love to read. Why they come to school.” 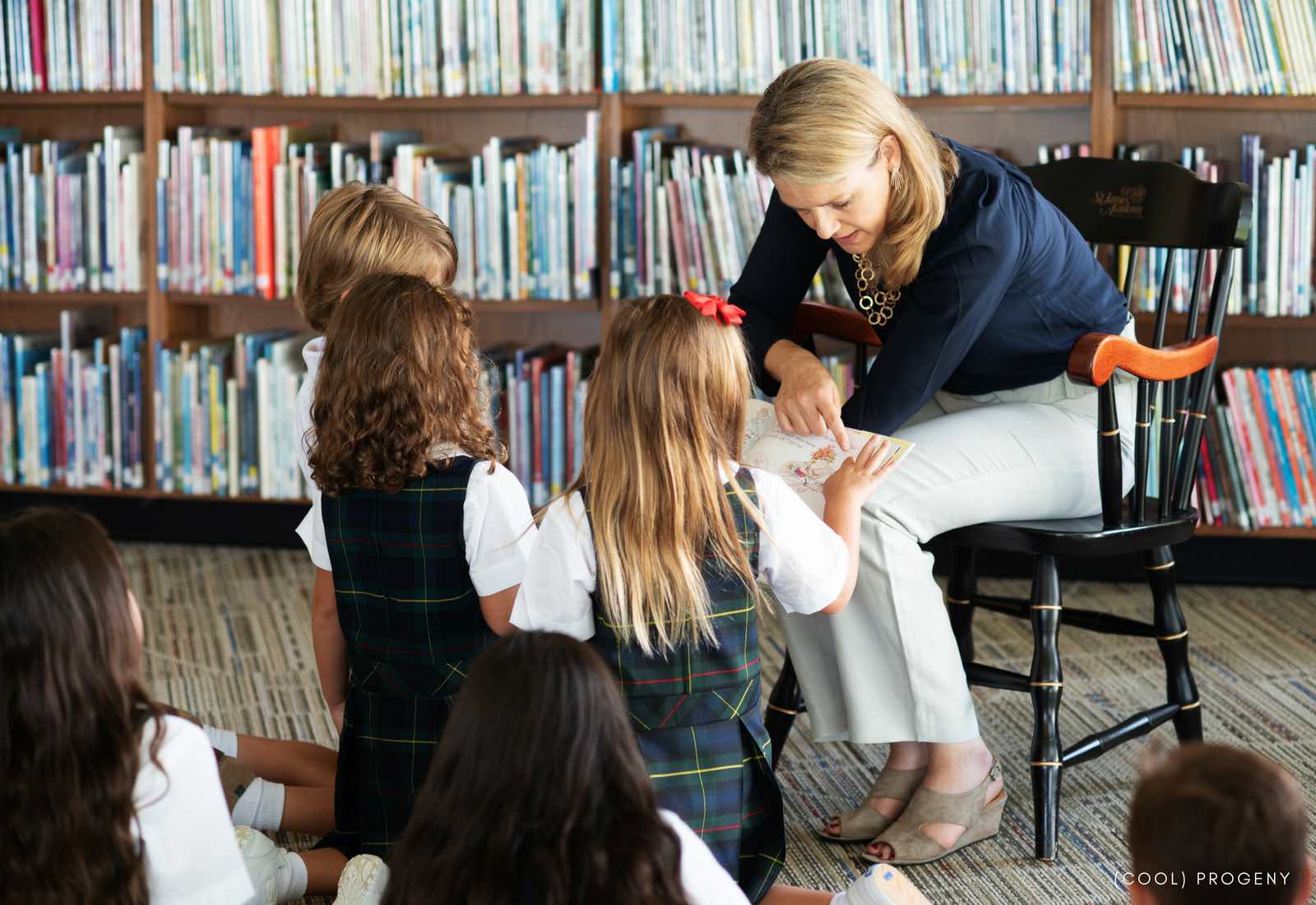 Charlotte didn’t wait until the start of school to get started; summer was the perfect opportunity to get a jump. With the help of her team, Charlotte reached out to students over the summer and asked them to tell her what they loved most about school and St. James. Some wrote her letters. Some sent her emails. Some dropped by her office.

The most surprising thing Charlotte has learned through that process? Third graders at the school last year partnered with Rubik’s Cube to create a Mona Lisa out of … well, you probably guessed it, Rubik’s Cubes!

“My tome this summer was Leonardo DaVinci,” said Charlotte. “And it’s just amazing to think that his art is still inspiring kids!”

But it’s also an example of the kind of learning and community partnerships that Charlotte hopes to foster while she’s at St. James. 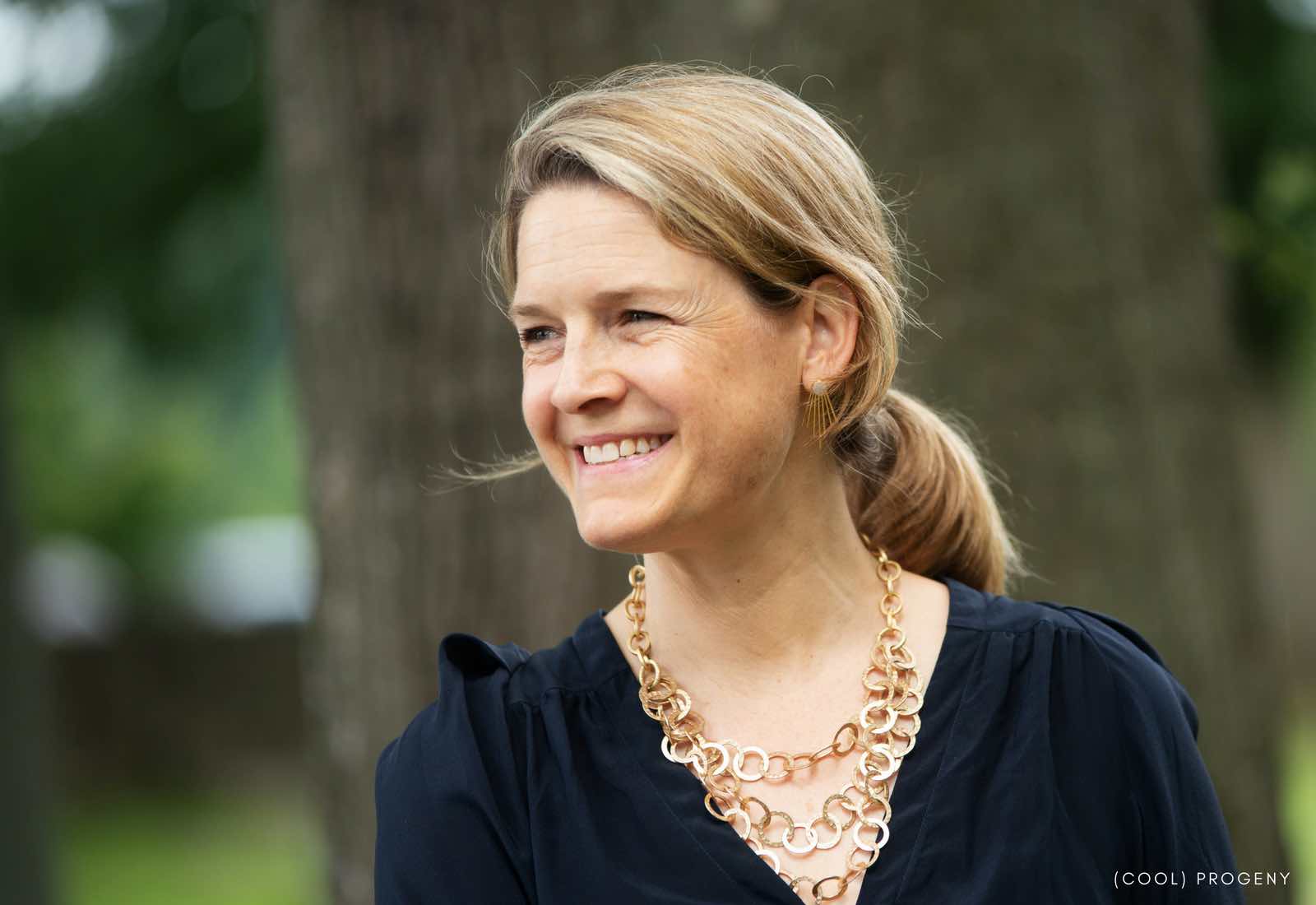 A self-described collaborative leader, Charlotte believes in the power of community. She credits her experiences as both an athlete and coach for shaping her leadership style and believes in the strength of the coach/teacher model, allowing educators to get to know students both inside and outside the classroom walls. As an administrator, she finds coaching is still key. While getting to know the education team at St. James, she asked all of them one key question: what brought you to teaching?

Charlotte knew she always wanted to be a teacher. Transitioning to administration, on the other hand, wasn’t as easy a decision because she didn’t want to lose touch with kids in the classroom. But when the opportunities to become the Visual Arts Department Chair and then Middle School Director at her previous school presented themselves, she leaped.

“I have a personal mantra,” said Charlotte. “My former players even inscribed it on a gift for me. Leap and the net shall appear.” (Editor’s note: You might recognize the quote from naturalist John Burroughs). 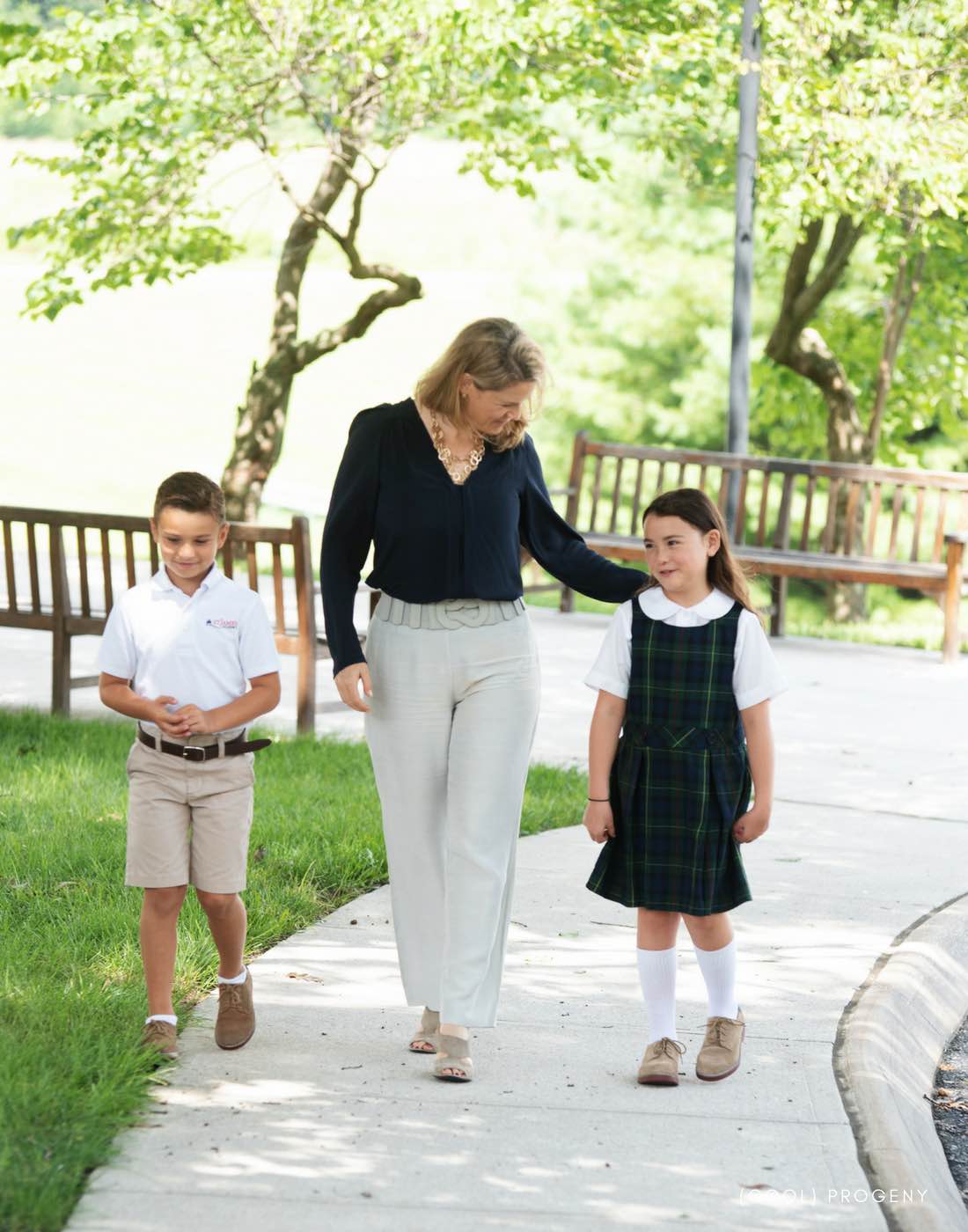 When the opportunity to move closer to home and lead St. James, she leaped again —  in the same fashion she wants students and teachers at St. James to leap inside the classroom.

But so much opportunity awaits.

Editor’s Note: This article is sponsored by St. James Academy. Read more about the school in our Independent Schools Directory. Photos by Laura Black.