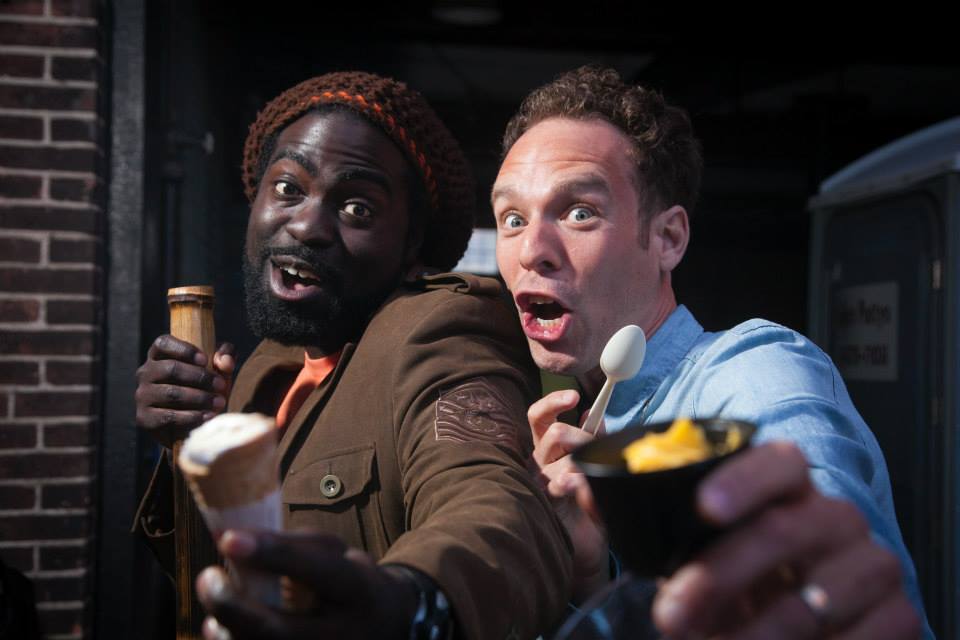 One of our favorite family date nights just got (cool)er…. Baby Beats will be performing at St. James Academy’s Children’s Dinner Theatre next Friday night!

Baltimore dads Jamaal “Black Root” Collier and Max Bent aren’t strangers to the Baltimore music scene. The two have a passion for good music and a Hip-Hop frame of mind — but realized the pint-sized hip hop options in Charm City were lacking. So in 2015 they got together and formed “Baby Beats,” a Hip-Hop based-performance show for families. (Don’t let the name fool you — the beats just aren’t for babies! Kids of all ages love these guys!)

“Hip-Hop is an amalgamation of a lot of different cultures and genres that are used to channel expression through the culture of Hip-Hop,” said Jamaal in a past interview with CP.  “Some people feel Hip-Hop is restrictive but it is actually limitless. People often think of Hip-Hop as just rap but there are five elements to Hip-Hop: beat boxing, break dancing, graffiti arts, DJing, and MCing (rapping).”

As dads themselves, Jamaal and Max know how to engage kids of all ages during their performances.

“I want my son to see people interacting with the music. We want to change the way people consume music from a receiver to a collaborator where the performers facilitate an interaction between audience members themselves and also with the performers without holding back.,” said Max.  “We want a rich experience for young people to come in and feel that, Oh, we are a part of this, and creating opportunities where adults get involved as well.”

Catch Jamaal and Max on May 11th at St. James Academy as part of their community children’s dinner theatre series! The series provides fantastic kid-friendly local entertainment AND deliciousness the whole family will love. A casual dinner is served in Macdonald Hall at 5:30 PM followed by the evening’s performance at 6:15 PM in the Susan Tucker Moore Theatre. Dinner is $6 per person and the show is $6 per guest. Children under 2 are free and $48 max cost per family.

So yes, you’re home by bedtime!

Navigating School During the Pandemic: Tips for Parents 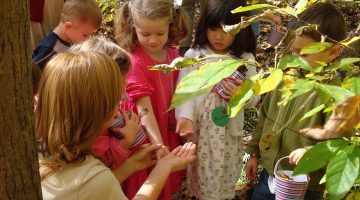