How To Encourage Design Thinking at Home: A Conversation with James Walsh 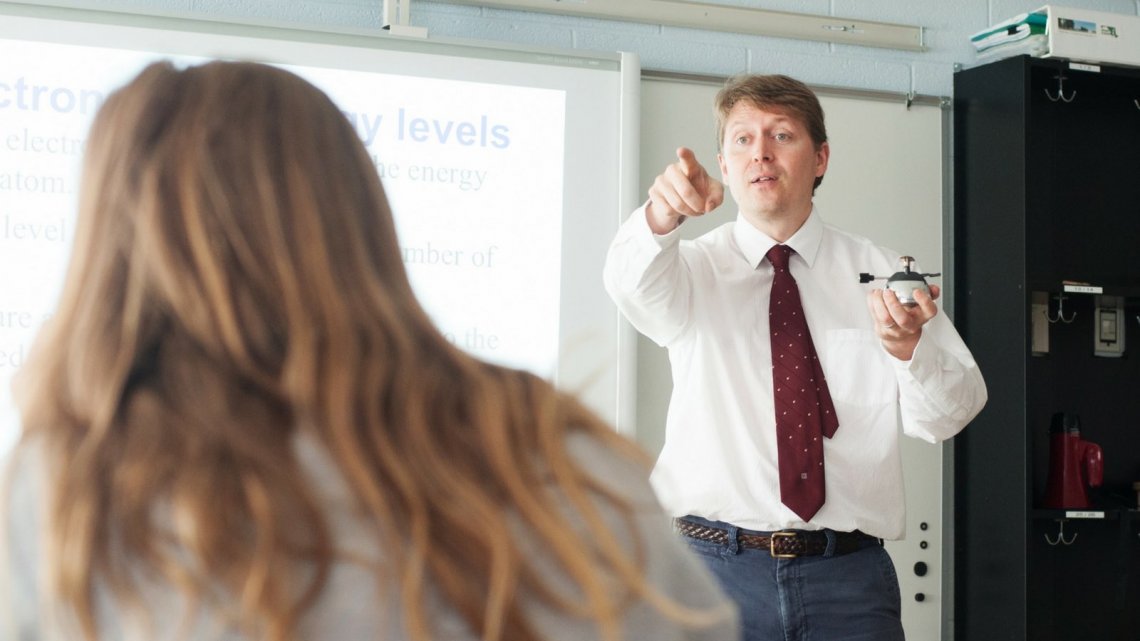 How do you engage the young mind? There is a significant amount of data that highlights individual sensory stimuli as critical factors for the development of the young mind.

“Almost any effort that you make to stimulate your child’s brain is a good idea,” said James Walsh, science teacher at St. James Academy. But that doesn’t mean go out and buy the latest workbook. Instead, Walsh suggests cultivating purposeful play.

That sounds great. But then comes the question: how?

Walsh’s answer: engage them in design thinking. Encourage your child to embrace the process of creating and solving problems. 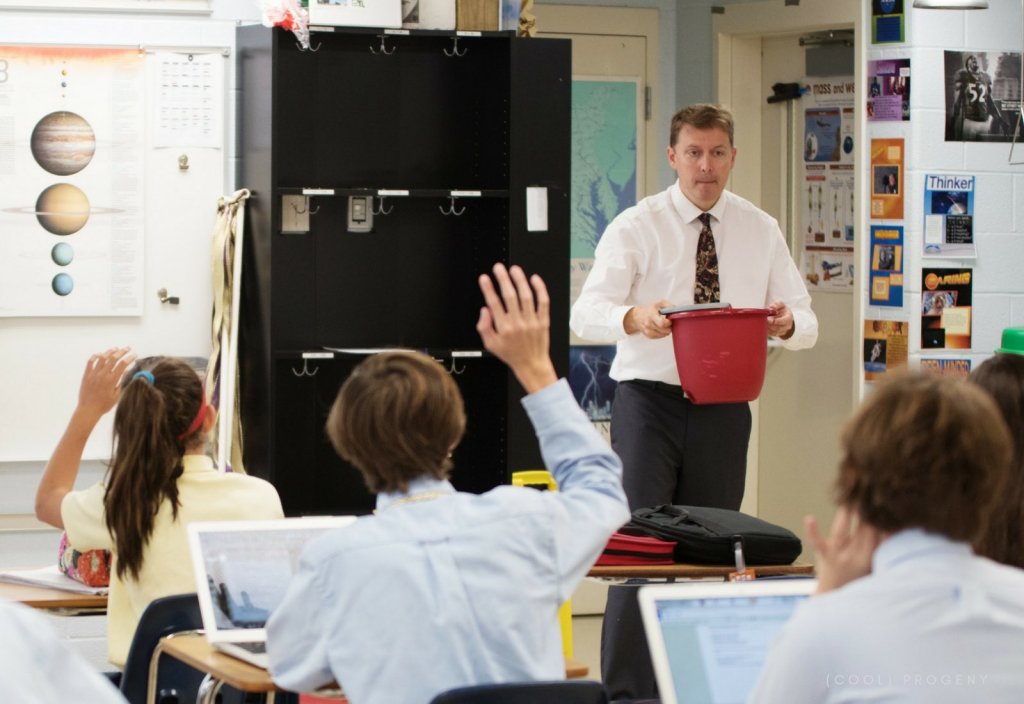 “Shoot for a simple idea that can be gradually transitioned into a more complex approach,” said Walsh. For example, offer a handful of Legos and ask your child to make something. Then hand your child another handful of Legos and ask them to build something different. Maybe you have a house and a boat, or a rocket and a gecko habitat. Elevate the challenge to a new level and ask them to combine those separate projects into a new design.

The best part? There are no wrong answers. If it takes your child a few tries to create something seamless, even better.

“Unless you are a bomb technician, being wrong is a temporary condition,” joked Walsh. But in all seriousness, Walsh encourages parents to help their kids to try as many new things as they can and examine the experience from many angles. Doing so will result in a mindset shift from achieving ‘an end game’ to one that understands the process. Urge your child to assess their own work and identify what they would or could change. And then, start again.

Engaging your child in design-based thinking doesn’t mean that it has to be science or tech-based. An easy way to foster this kind of thinking is through a simple activity like baking cookies. 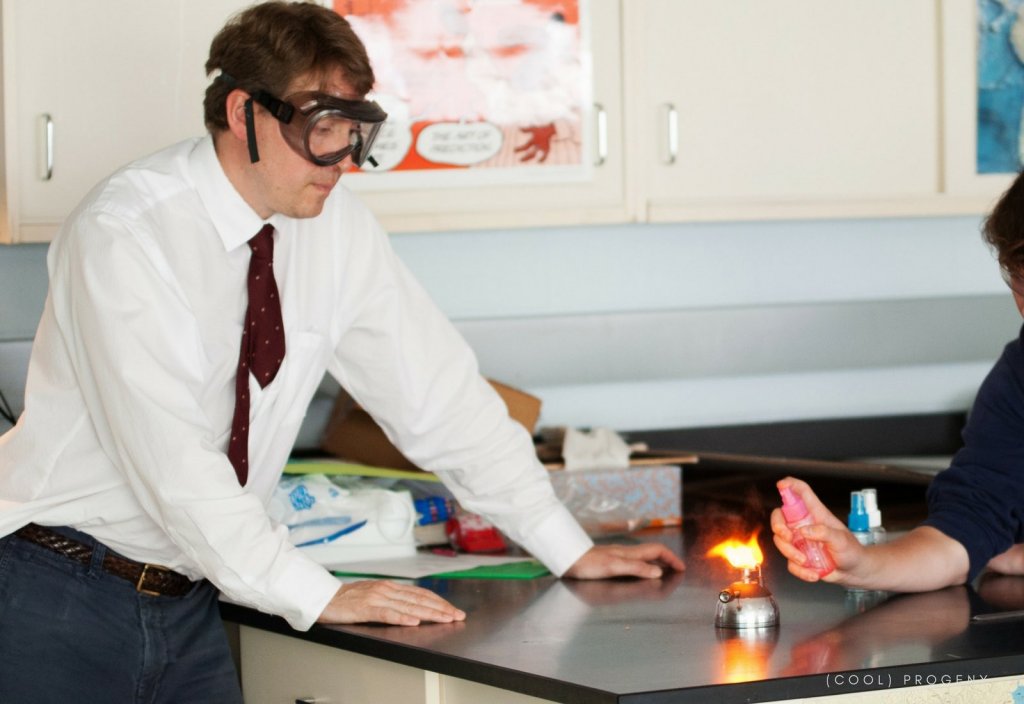 “Bake a batch of cookies,” said Walsh. “Sample them. Then bake a new batch with a slight change.  Not only have you demonstrated part of the design cycle to your children, you now have cookies!”

Don’t just talk about creating with your kids. Create yourself. “If you are fearless in your approach to the projects that you attempt, your children will follow your lead,” said Walsh. The internet is an invaluable resource when it comes to crafty/DIY projects. (Hello, Pinterest).

Design thinking is something Walsh encourages at home with his own son. And he never knows quite how it will happen. One afternoon, his son got is hands on the squeaker inside of a shredded  dog toy. He was having a grand time with it until the functional portion of the squeaker popped out. While many of us probably would have tossed the toy, Walsh had another idea.

Turn it into a rocket launcher.

(Why didn’t we think of that?)

Lucky for you, he’s sharing how below!

Editor’s Note: Want to make rocket launchers with Mr. Walsh? He’ll be leading the activity at our Out of This World Space Play Date on Friday Night at St. James Academy! Join us!

How To Make a Squeaker Toy Rocket Launcher

Remove the “squeaker” from the squeak toy.

Cut 6 to 8 inches of airline tubing

Insert one end of the tubing into the body of the squeak toy and glue into place with the hot glue gun.

Cut the drinking straw in half and hot glue one end shut.

Slip the straw over the airline tubing and then give the toy a squeeze.  The straw should pop right off.

Retrieve the straw and set up the system again.  This time, place the toy on the ground.

Let your child stomp on the squeak toy to send the straw across the room.

This is where the design cycle component comes in.  Did it work?  Was your child happy with the results?  What would they like it to do differently? Brainstorm with your child about this.  Perhaps look up pictures of real rockets to see if you can make your straw look more like something NASA would build by adding fins made of duct tape.

But be sure to encourage your child to lead. For the most part, your job should be handling the hot/sharp/digital things as well as making sure that the child does not shoot people or animals with their new toy.

Editor’s Note: This article is sponsored by St. James Academy. Read more about the school in our Independent Schools Directory. Photos by Laura Black.

Next post First Day of Spring Deals in Baltimore 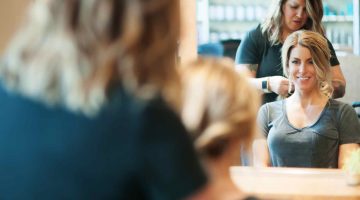