Baltimore has a special place in multi-media artist Steven Erdman’s heart. And, for that matter, so does a certain northern suburb of Baltimore, where his brother- and sister-in-law live.

“Isn’t Timonium the best name on Earth?” he asked. “We have a rabbit that my son acquired, and I looked at him and said,’You have to give the rabbit a name.’ He said, ‘Ok, I want to call him Timmy. His name is Timmy.’ I was like, ‘Wait wait, how about we just make it Timonium?’ He was like, ‘Yeah, Timonium! Timonium!’ So we have a rabbit named Timonium.”

It’s strangely charming and more or less what you’d expect from the man who leads Lard Dog and the Band of Shy, a 7-piece group based in New York. They’re one of two bands headlining WTMD’s Saturday Morning Tunes this weekend at the Senator Theatre.

With songs like “Don’t Let the Boogah Bug You Out” and “Who’s Your Favorite Beatle,?” Lard Dog’s lyrics can be zany, but their music has plenty of pop hooks and tight playing.

Their live show has a segment called “Catch That Pretzel,” where the band hurls pretzels into the audience (they’re skipping this part at the Senator Theatre due to the inevitable mess involved). They also set up giant foam props on and around the stage to set the tone of the show.

“We collide theater and music, with some thought-provoking ideas about inclusion and not judging a book by its cover,” Erdman said. “We make it fun and we keep it moving.”

The world of kids’ rock has embraced Lard Dog with open arms – their single “I Like” went to No. 1 on Sirius XM’s Kids Place Live. And the story of how Lard Dog came to be has plenty of twists and turns, and even an appearance by Norah Jones.

From an early age, Erdman fell in love with pop music and sketching. Though he wanted to be a full time cartoonist, he instead pursued a career in architecture. One day a couple decades ago, his friend invited him to work as hired labor on a set for a Nickelodeon commercial. One of Nickelodeon’s producers heard Erdman goofing around, and invited him to meet with the company’s Creative Lab.

Erdman brought in some songs he’d written and several crazy characters he’d drawn (including Nosy the Bunny Dog) and showed them to the Nickelodeon folks. They were interested in another one of his drawings, the Human Lard Dog, and asked him to develop it into a show for Nickelodeon. But they met with some friction from the network’s higher-ups.

“There were people who were passionate, who were like, ‘We’ve gotta do Lard Dog, we’ve got to prove to people that we’re the irreverent channel for children,’” Erdman said. “And then there were other people like, ‘No way man, it’s just too weird.’”

In the end, Nickelodeon passed on Lard Dog, but Erdman did wind up writing a few jingles and doing some animated work there. And he took his Lard Dog idea to New York’s Lower East Side, where he put a band together and began playing clubs like CBGB’s and the Fez. An up-and-comer named Norah Jones joined the band and started singing backup at their gigs.

“She was a Lard-elle,” Erdman said. “On our first Lard Dog record, there’s a song ‘I Dig Holes,’ and Norah came along and started adding this beautiful harmony to it. It opened up my head about where we could go with it.”

After a while, Erdman decided he’d done all he could with Lard Dog, and put the band on hiatus to manage another musician, James Hunter. But he couldn’t get the idea of Lard Dog, a crazy character from Planet Belopio, out of his head. Six years ago, he got married and had two kids, and realized Lard Dog could have a second (or third) life in the kindie music world.

“I thought my kids needed it, and I needed it too,” he said.

Erdman teamed up with Jones’ songwriting partner Lee Alexander and recorded Lard Dog’s debut record, “Life’s a Real Dream.” He put together an Off-Broadway show, and began touring and recording with a new band. He released a second album “Dreamers,” in September, and is looking forward to their show here this weekend.

“Lemme tell you, I love Baltimore, man,” he said. “I can’t wait to come there. Have you been to the Visionary Arts Museum? How great is that place? It’s really a cool city.”

Tickets for Lard Dog and the Band of Shy at WTMD’s Saturday Morning Tunes at the Senator Theatre Dec. 2 are available here. Doors open at 9 a.m. and the first headliner, The Rhodes Tavern Troubadours, go on at 9:30 AM and Lard Dog will be on from 10:30 AM – 11:15 AM. The Senator Theatre is at 5904 York Road in Baltimore. Snacks (mini-muffins and popcorn) as well as drinks (Honest juice and water) are included for all kids. The series is sponsored by Live Baltimore, Garrison Forest School, Eddie’s of Roland Park, Race Pace Bicycles and (cool) progeny. Kids under 2 are free!

Tags: cool kids musicLard Dog and the Band of ShyWTMD 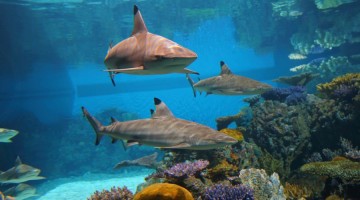