Kids Earn FREE Admission to the National Aquarium with Read to Reef! 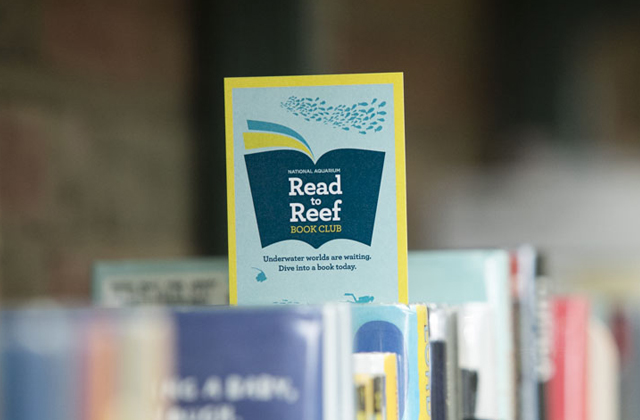 It’s back! Have you heard about The National Aquarium’s Read to Reef Book Club program with Enoch Pratt Library? It’s pretty (cool). Essentially, elementary school-aged kids who read five aquatic-related books can get FREE admission to the Aquarium!

Here’s how it works:

We know what you’re thinking: what kind of books are on the list? Many our favorites of ours (you know… because there is something delightfully fishy about them!) and some are new ones we can’t wait to explore! Below, find the recommended booklists for each age group… although we do want to note that kids aren’t limited to just books on this list. They can ask the children’s librarian at your Enoch Pratt Free Library branch for a recommendation!

“ABC Oceans” by American Museum of Natural History
“Glow: Animals with Their Own Night-Lights” by W.H. Beck
“Puffin Peter” by Petr Horáček
“We’re Roaming in the Rainforest” by Laurie Krebs
“Breathe” by Scott Magoon
“I’m the Biggest Thing in the Ocean” by Kevin Sherry
“Octopus Alone” by Divya Srinivasan
“Bring on the Birds” by Susan Stockdale
“En el mar” by Rodger Priddy
“Anywhere Farm” by Phyllis Root

“My Visit to the Aquarium” by Aliki
“The Earth and I” by Frank Asch
“Stellaluna” by Janell Cannon
“Mister Seahorse” by Eric Carle
“Turtles in My Sandbox” by Jennifer Keats Curtis OR “Las Tortugas en Mi Cajón de Arena” by Jennifer Keats Curtis
“Octopuses One to Ten” by Ellen Jackson
“Green Green: A Community Gardening Story” by Marie Lamba
“About Fish | Sobra los Pesces” by Cathryn Sill
“Water Is Water” by Miranda Paul

read on my own

“Moonlight Crab Count” OR “Contando los cangrejos herradura a la luz de la luna” by Dr. Neeti Bathala and Jennifer Keats Curtis
“Manfish: A Story of Jacques Cousteau” by Jennifer Berne
“A House for Hermit Crab” OR “Una casa par el cangrejo ermitano” by Eric Carle
“Coral Reefs” by Jason Chin
“Follow the Moon Home” by Phillipe Cousteau
“¡Olinguito, de la A a la Z! : descubriendo el bosque nublado” or “Olinguito, from A to Z! : unveiling the cloud forest” by Lulu Delacre
“A Day in the Salt Marsh” by Kevin Kurtz
“Swimming with Sharks: The Daring Discoveries of Eugine Clark” by Heather Lang
“Over and Under the Pond” by Kate Messner
“Life in the Ocean: The Story of Oceanographer Sylvia Earle” by Claire A. Nivola

read for a challenge

Image courtesy of the National Aquarium. 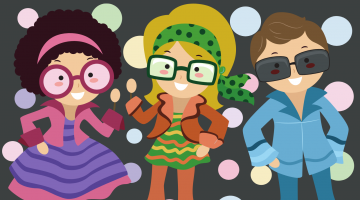