How To Explain the Solar Eclipse To Your Kids

Unless you’ve been under a rock this summer, you probably know that Monday, August 21st is a BIG day. All of North America will be in the viewing path of a TOTAL Solar Eclipse, where the Moon will completely cover the Sun in some areas.

Although Maryland isn’t in the path of the total Solar eclipse, we will see a partial solar eclipse. According to TimeandDate.com, the eclipse will start to be visible in Baltimore at 1:18 PM, reach it’s peak visibility at 2:42 PM, and finish at 4:01 pm.

But curious kids know the Moon is smaller than the Sun. So how does such a “small moon” cover the “big sun?”

NASA to the rescue. They have a simple activity to help explain!

Hold both circles at arms length. Notice the size of each.  Which is bigger? The cardboard Sun or the cardboard Moon?

Make a prediction. How many steps will your friend need to take until the cardboard Sun and cardboard Moon appear to be the same size?

Have your friend continue walking backwards until the cardboard Sun and cardboard Moon appear to be the same size. Was your prediction correct?

According to Lawrence Hall of Science, objects that are farther away always look smaller — but a small object and a big object can look the same size if they are the right distances away from you. Believe it or not, the Sun is about 400 times farther away from Earth than the Moon!

Next post Where to Play: Baltimore Family Fun This Weekend, August 11 - 13 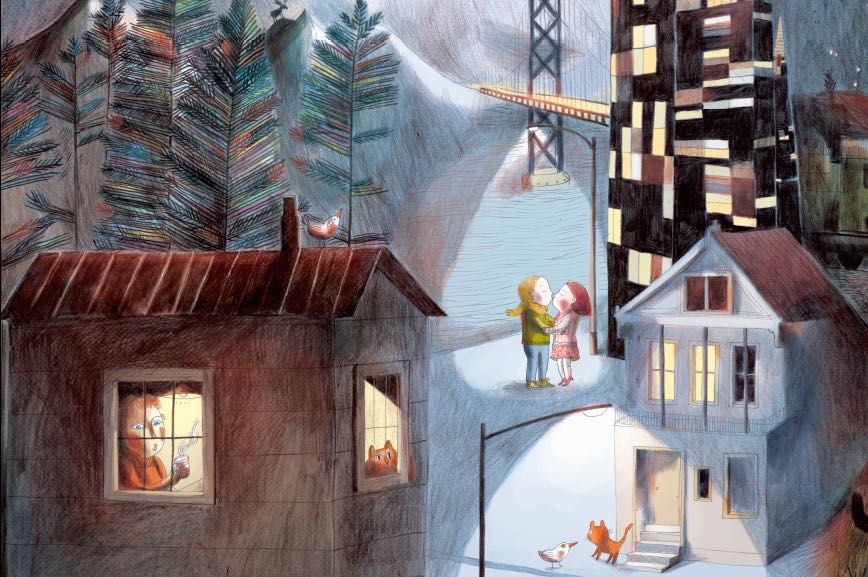