Where to Play! Baltimore Family Events This Weekend, February 28 – March 1

the emporiyum: (cool) for the pint-sized crowd?

The Emporiyum. A favorite tradition for Baltimore Foodies. But how does the epicurean festival fare with the pint-sized crowd? We took four official (cool) progeny taste testers to the event to check out everything from raw oysters to unicorn milkshakes.

STOP ONE: Raw Oysters from The Local Oyster

“Do you like lemon?” Oyster farmer Patrick Hudson asked a super skeptical seven-year-old Lila as she eyed the skinny dipper oyster. Verdict? NFK (not for kids).

“How do adults eat these?” she exclaimed. “I didn’t want to be rude, but I couldn’t chew it.”

After oysters, we decided something sweet might be in order. Lila and Christopher could barely contain their excitement watching strawberry crunch dust the churro as it was being made. Verdict? Two thumbs up! (Not entirely surprising!)

Savory pancakes. Christopher was our designated taste tester for Okonomiyaki. While he may have been a bit surprised that it was a pancake sans syrup, he really enjoyed the dish.

Can you tell by the grin on their faces that Brother Floyd was a hit with Brennan and Jarah? So were the pickles. “Almost Angelic” hand cut pickles for the win! The original sweet spicy had a little too much zing for our pint-sized pickle lovers.

“These are my favorite!” said Brennan. Then he whispered, “And did you know, I think HE is on the jar!?”

The NYC company’s over-the-top milkshakes with sprinkles and marshmallows have been getting tons of buzz — but how would they hold up with our pint-sized tasters? High scores for taste but they were “too big” for one kid.

STOP SIX: Doffles from B Too

What happens when donuts meet waffles? Doffles! Kids devour them. The creation from B Too, a Washington DC Belgian restaurant, were a huge hit with all of our testers. Extra sprinkles — extra fun!

Although it was a ‘cookie the size of his head,’ Christopher was a huge fan of Cream Crusier’s handmade Ice Cream sandwiches. Lucky for us, they’re local and they ship boxes! Sweet! (Literally).

All in all, all four of our testers had a great time. So next time The Emporiyum is happening, definitely take the kiddos! And be sure to check out our tips for navigating the festival with kids before you go so you can have a successful foodie family adventure.

Photos by Laura Black. Many thanks to The Emporiyum for hosting us!

Next post where to play: baltimore family fun this weekend

30 things to do with kids in baltimore this april

tips for a successful family food adventure at the emporiyum 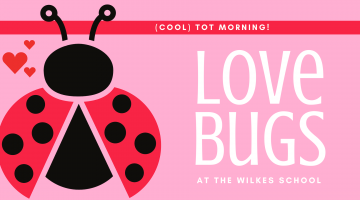