Successes in the mock court AND third grade olympics, pajamas for a cause, campus visits, new buildings, and more. Here’s what’s been happening at our partner Baltimore schools.

The Park School of Baltimore‘s Mock Trial Team advanced to the state semi-finals. On Thursday, April 6, Park’s Mock Trial team defeated Centennial High School in the Regional Mock Trial Competition. After a close match and 30 minutes of deliberation from the judge and scorers, Park was announced the winner with a score of 54-48.
Park now advances to the State Semi-Finals in Annapolis on April 27.  Pictured is Park’s Mock Trial team with their faculty and co-advisers after winning the County Finals in March.

Why did everyone wear their PJs to McDonogh School on April 18th? It was the culmination of a pajama collection for the Casey Cares Foundation. The McDonogh community donated approximately 1,000 pairs of PJs to the organization that supported one of their students who, thankfully, is now in remission.

There have been some beautiful afternoons for bird-watching in the Roland Park Country School backwoods! The Kindergarten class is learning about various species of birds native to Maryland and the mid-Atlantic. They made their own binoculars and today they went in our backwoods on a bird-watching expedition.

In addition to performing their play (written and directed by Cambridge School‘s own Nikki Rhodes), the third grade at Cambridge ended their Greece Unit by participating in the Olympics.

The Waldorf School of Baltimore (WSB) has completed its campus expansion! Following a schoolwide naming contest, which garnered 125 entries, student representatives from Kindergarten through 8th grade helped unveil the official name– “Tamarind Hall”. This 3,300-square foot building will house the signature activities, performances, and assemblies that are the hallmark of a WSB students’ education.

Second grade at St. James Academy has been learning about the culture of Brazil. One of the traditions that they studied is the Brazilian Carnival that is held each year before Lent. Students designed and built floats for the school’s very own SJA Carnival.

Irrepressibly funny children’s author Adam Gidwitz visited Friends School on Wednesday, April 12, where he shared writing tips with Lower and Middle School students and answered their questions about how and why he became a writer. Mr. Gidwitz, whose latest book, “The Inquisitor’s Tale: Or, The Three Magical Children and Their Holy Dog,” earned a 2017 Newbery Honor, is the 5th Newbery Award Honoree to visit the School this year. Others included authors Kimberly Brubaker Bradley (“The War That Saved My Life”), Cece Bell (“El Deafo”), Pam Muñoz Ryan (“Echo”), and Matt de la Peña, whose 2016 book “Last Stop On Market Street” earned him the 2016 Newbery Medal. Friends will once again roll out the welcome mat for Newbery Honor author Victoria Jamieson (“Roller Girl”) when she comes to campus  for a two-day visit, May 18-19.

Last week, third graders at St. Paul’s School presented their state reports to parents, each dressing up as the famous person they researched from their state.

Good times were had by all at St. Pius X School‘s Run4Fun on April 12th!

White House Correspondent and CNN Political Analyst April Ryan addressed Gilman School Upper School students in an assembly to discuss the importance of journalism. She later met with faculty, staff, and parents as part of Gilman’s Community and Diversity programming.

Next post muffins with mom at radcliffe jewelers: a (cool) progeny 'mom and me' pop-up event!

Previous Article family finances: what to do with your tax refund

Expanding Equity in STEM at Friends School of Baltimore 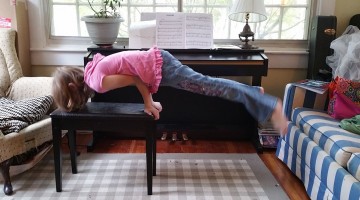