When Bryson Keens, owner and managing partner, and his wife Misty opened the Latin American restaurant in Fells Point last year, they had one goal when it came to the kids’ menu: they wanted to their eldest daughter, who was diagnosed with Celiac Disease at 11 months old, to be able to walk in and order anything she wanted.

“When we put the menu together, we discovered that it was naturally gluten free,” said Bryson.

Why? Well, that requires a little history lesson. Before the arrival of the Europeans, native Latin American food mainly consisted of corn, beans and manioc (cassava or yuca) and other starchy gluten-free foods such as plantains, amaranth, and quinoa. By staying true to the cultural heritage of the recipes, they created an entire culinary experience that was gluten free.

… and that includes dessert. In fact, when Bryson hired Points South’s pastry chef, he didn’t tell him that the restaurant was gluten free until after he started work. He challenged him to think beyond flour. When the chef presented him with gluten-free Strawberry Shortcake las summer, Bryson cried.

“I cried,” Bryson laughed. He himself had been diagnosed with Celiac Disease after his daughter. It was the first time in a decade that he had tasted something reminiscent of middle-of-July sticky sweet strawberry shortcake from his own childhood.

Many people have commented that the desserts don’t taste gluten-free. Bryson takes it as a compliment. Especially when a customer insists the restaurants infamous Tres Leches cakes has to be ‘real cake.’

It is real cake. There just isn’t any gluten.

(Side note – their flourless chocolate cake is on the of the best I’ve ever tasted in Charm City. Just saying…)

So what will you find on the kids’ menu if there isn’t a chicken nugget? Chifa salmon with green beans and rice, grilled flank steak, or Tres Queso Pupusa — a Latin-styled grilled cheese with fresh berries.

In addition to family-friendly atmosphere, Point South Latin Kitchen offers cooking classes and even hosts scout troops looking to learn their way around the kitchen. 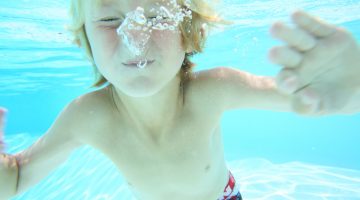