Mathlete adventures, weather fun, 100th Day of School festivities, and more. Here’s what students at our Baltimore area partner schools have been up to!

Congratulations to Park School alumna Amanda Lipitz ’98 on the premiere of her first film, Step, at the 2017 Sundance Film Festival, for which she received a U.S. Documentary Special Jury Award for Inspirational Filmmaking! In her directorial debut, Lipitz follows a group of girls from The Baltimore Leadership School for Young Women’s founding class as they strive to make their step dance team a success, graduate, and be the first in their families to go to college. Filmed in inner-city Baltimore the year Freddie Gray was killed, the inspirational documentary shows that the step team is more than just a hobby for these girls; it’s an outlet that brings them closer together and keeps them fighting. (Photo courtesy of The Baltimore Sun)

The Waldorf School of Baltimore announced that three of its students were chosen for a juried art show at the Maryland Association for Environmental and Outdoor Education (MAEOE) 32nd annual conference! Meghan Devecka’s (Waldorf 8th grader) Geology and Mineralogy mail lesson books, Julia MacDonald’s (Waldorf 8th grader) painting on silk, and Leila Vergara’s (Waldorf 5th grader) Botany main lesson book were hand-selected by Greg Mort. Mr. Mort is considered “one of America’s foremost contemporary painters and a preeminent influence on art in the twenty first century”. Art submissions were received from Pre-k through High School age students across the state of Maryland.

Prefirst students at St. James Academy discovered how colors and rainbows can be changed with light and prisms during their weather unit in Science.

Gilman School‘s cybersecurity team participated in the CyberPatriot National Youth Cyber Education Program for the second year, advancing to the platinum level of the state rounds and placing in the top 10% nationwide before being knocked out of the competition. More than 2,200 teams participated in the category for public and private high schools. There was also a division for ROTC teams. Teams competed on the state level, and only the top teams in each state advance to the regional & national finals. Competition was fierce, particularly in Maryland, which is considered to be the cyber capitol of the U.S., according to Coach Marc Fruchtbaum.

At the culmination of Cambridge School’s castles and cathedrals unit and study of the Middle Ages, 4th graders enjoy a medieval feast. Even the king and queen joined the festivities!

In solidarity with two 2nd Grade students who are cancer survivors, the Roland Park Country School Class of 2027 (yes, those are second graders) organized a donation drive for the Lower School community. The girls collected almost 300 art supply items including crayons, colored pencils, paint, stickers and coloring books and personally delivered the donation to the Maryland Proton Treatment Center.

Middle School “mathletes” from Friends School of Baltimore took 7th place (out of 34 teams) in the Baltimore/Chesapeake Chapter Competition, qualifying for the State Competition on March 18 at Johns Hopkins University.

The 7th grade boys in Mr. Knipp’s class at St. Paul’s School have been studying earthquakes for the past ten days. After instruction, they participated in an exciting and hands-on earthquake simulation project. The boy’s had the challenge of creating a structure made out of straws, skewers, and paper clips that was strong enough to withstand a simulated earthquake with a bag of sand on top of it. Teamwork and out of the box thinking was used throughout this project so their structure could withstand the earthquake!

The St. Paul’s School for Girls library hosted Speed Dating with Books! The way this works is students have 5 minutes to see if they can find a match in a particular fiction genre. At the end of 5 minutes, they must decide if they want to take their book “on a date” (checkout and take home). 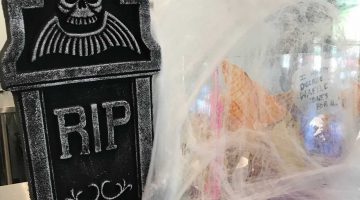