When Joanie Leeds graduated from college, she had a dream of becoming a successful singer-songwriter, releasing albums and performing in front of hundreds of adoring fans. But she quickly became frustrated with balancing her music career with a day job.

Leeds was good with kids, though, and at a friend’s suggestion she started managing a Gymboree in New York’s Upper West Side. Her audiences of little ones completely changed her perspective on music.

“The kids started inspiring me,” she says. “So instead of writing all these songs about heartbreak and love, it transitioned into ice cream and rocket ships. The kids really told me what to do and what to sing about.”

Parents noticed how much their kids liked Leeds, and started hiring her to perform at birthday parties. One thing led to another, and these days Leeds is an award-winning kids’ music performer who’s been featured in the New York Times, People Magazine, and other publications. She has released seven studio albums, and is working on her eighth, “Brooklyn Baby,” all about the neighborhood where she lives. And on Saturday Jan. 21, Leeds kicks off Saturday Morning Tunes, a new kid-friendly concert series at WTMD in Towson.

Leeds’ audiences are generally in the 2-8 age range, and her music appeals to toddlers and older siblings alike. For the younger kids, who love action songs, she has “Freeze Dance” and “Blast Off” (complete with a countdown).

“I have a 17-month-old,” Leeds says. “She just wants to hear ‘Itsy Bitsy Spider’ every second of the day. I’m like, ‘Don’t you realize I write music?’ But all she wants is ‘Itsy Bitsy’ and ‘Oh, Mr. Sun.’ But as the kids start to get older, originality is really important.”

For big brothers and sisters, Leeds has the song “Food Fight” and even “Meshugana,” an album about cultural Judaism. On it, there’s a song “Spinning,” about a child who spins too close to the menorah and knocks it over. With seven albums to draw from, Leeds has plenty of material to keep kids dancing – and keep the parents from going crazy listening to the same song on repeat.

“That’s why I keep putting out albums, because the parents are like, ‘OK we’ve heard enough of this already,’” she says. “’When’s the next one coming out?’”

tune into joanie’s concert at wtmd

Although Joanie’s concert is SOLD OUT, you can tune in live on WTMD! She’ll be on from 10 AM – 11 AM on Saturday, January 21st. Don’t miss the next two concerts in WTMD’s Saturday Morning Tunes series! 123 Andres performs on February 4th and Baby Beats with Max and Root perform on March 18th. Concerts are held in WTMD’s kid-friendly space. Doors open at 9 a.m. and the music runs from 9:30 a.m.-11 a.m. Each performance has an opening act as well as a headliner. Snacks (organic fig bars and fruit strips) as well as drinks (Horizon milk and Honest juice) are included for all kids. The series is sponsored by The Walters Art Museum, Garrison Forest School, Eddie’s of Roland Park, Race Pace Bicycles, All About Me Salon & Day Spa, and (cool) progeny. Kids under 2 are free!

(cool) progeny is thrilled to be a media partner for WTMD’s Saturday Morning Tunes. We believe in quality kids arts programming  — and are excited about this new series for the Greater Baltimore community! 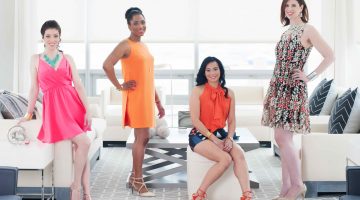