The arts, service learning, and cultural exploration framed educational experiences for students during the last week. Here’s a glimpse at what has been happening at our partner schools.

Thinking about sending your child to one of Baltimore’s amazing independent schools? Check out our directory! Info at a glance — including all of those upcoming application deadlines. You may also want to check out our list of winter open houses.

In honor of Martin Luther King, Jr. Day, Friends School of Baltimore will send more than 340 adults and children into the community as part of its 13th annual Martin Luther King, Jr. Day of Service. The School has organized 15 different activities both on-campus and at sites throughout the City, including Darley Park Neighborhood Cleanup, McKim Community Center, Moveable Feast and Cahill Performing Arts Center.  “We are looking forward to working together in support of the holiday’s national mission to empower individuals, strengthen communities, bridge barriers, create solutions to social problems, and move us closer to Dr. King’s vision of a ‘Beloved Community’,“  say this year’s parent coordinators Laurie Haas, Jennifer Smith and Martha Ruffin.

Last Friday, Garrison Forest School‘s Lower School enjoyed a wonderful program on the Rev. Dr. Martin Luther King, Jr., including a trio of talented dancers from the Lower, Middle and Upper School dancing to “Change” by Christina Aguilera. This is just preview of what’s to come at the January 24th GFS Martin Luther King, Jr. Celebration.

The Neighborhood Revitalization Club (NRC), an Upper School club at Park School of Baltimore that supports community development, recently received two awards for their work in the Baltimore neighborhood of Barclay. On December 9, students received a Certificate of Appreciation for their greening work in Barclay from the Barclay-Midway Old Goucher Coalition, a collection of community groups, non-profits, residents, businesses, and faith-based organizations focused on improving the quality of life in those neighborhoods. On December 14, the Central Baltimore Partnership also recognized the NRC with an Honor Roll Award, which recognized the partnership between the students, residents, and Civic Works’ Community Lot Team to create a community garden out of vacant lots in Barclay. This coalition has worked together to design the garden, write grants, and navigate the construction process.

A little history about the club: In response to the unrest following the death of Freddie Gray in spring 2015, a group of students volunteered with the Community Lot Team of Civic Works. Soon after, they became interested in participating more fully in the process of transforming vacant lots into vibrant green spaces, turning again to Civic Works, and forming a group called the Neighborhood Revitalization Club. Members of the club began attending strategy meetings with Barclay residents, community organizers, and Civic Works. This larger collective focused its efforts on a series of contiguous vacant lots in Barclay, supporting the development of community green spaces and affordable housing.

On December 13, 2016, the Roland Park Country School Semiquavers, directed by Lisa Diver, 2006, traveled to Washington, DC, to perform at a holiday reception hosted by President Barack Obama and First Lady Michelle Obama at the White House. It was a once-in-a-lifetime performance for the members of the Semiquaver choral ensemble, which was established at RPCS over 60 years ago With a courageous handshake and a smile (and more than a few butterflies!) each member of the Semiquavers introduced herself to the President and First Lady and then the group performed “Jingle Bell Rock,” – and they even shared a few dance moves!

The Lower School at McDonogh School joined Anaiya D. ’19 in singing “What the World Needs Now is Love” during their chapel on Advocating for Self and Others, which honored Dr. Martin Luther King, Jr.

The Bryn Mawr School was thrilled to welcome back three alumnae for a powerful and thought-provoking Martin Luther King Jr. Assembly on Friday, January 13th: Tia Butler ’94, Executive Director with the Department of Veterans Affairs; Tameika Lunn-Exinor ’95, Administrative Law Judge, Office of Administrative Hearings for the State of Maryland; and Kishia Powell ‘92, Commissioner for the City of Atlanta, Department of Watershed Management. As part of a panel moderated by the officers of their Black Student Union, Tia, Tameika and Kishia reflected on Dr. King’s legacy and the impact it has had on their own lives, through the lens of photos from the Obama presidency. Afterward, the conversations continued during a lunch with students.

Last week, students from Greenspring Montessori School visited the Jewish Museum of Maryland as part of their studies on religions of the world.

As part of the 6th Grade service learning initiative at St. Paul’s School to help the Baer School (a Baltimore City school for students with special needs), students from the project Advisory Council met with Baer’s assistant principal to discuss next steps in the students’ ideas to help the school.

Learning for Living at McDonogh School

Where to Play | Weekend Fun for Baltimore Families! November 8-10

COOL TOT TIME | Hang On To Your Mittens

"I was drawn to Park because of our commitment to 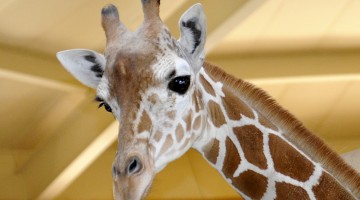