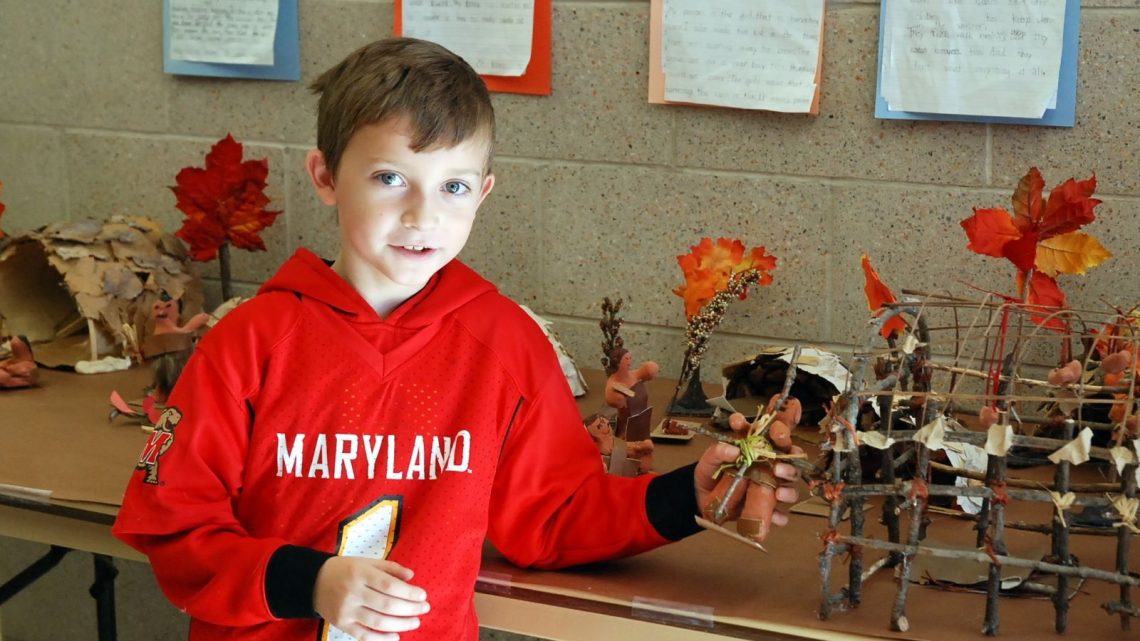 Grandparents Day, moon phases, global exchange programs, fire safety and more. Here’s what students at our partner schools were up to this week and last week! 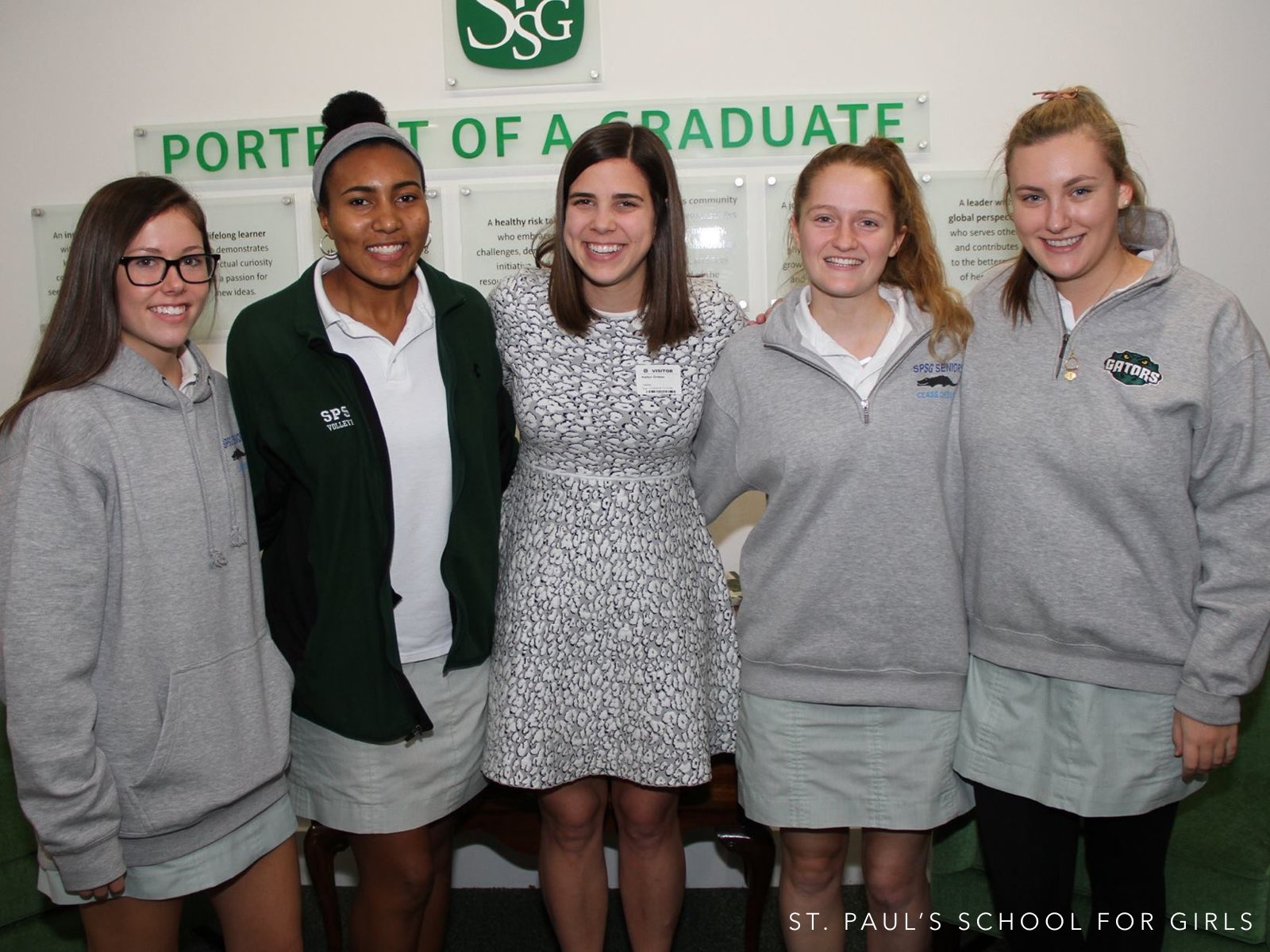 St. Paul’s School for Girls welcomed Katlyn Grasso, Founder and CEO of the women’s empowerment network GenHERation, to campus last week. As a recipient of the 2014 Wharton SIRE Grant, Katlyn studied how girls’ consumption of media influences leadership development in the 21st century and was one of the inaugural recipients of UPenn’s President’s Engagement Prize. In 2015, she also received the Impact Grant from NBCUniversal. She was named aSeventeen Power Girl and was also featured in the magazine’s list of “Real Girls Doing Amazing Things.” During her visit to campus, Katlyn enjoyed lunch with senior and junior students and spoke to the entire Middle and Upper School student body about perseverance, self-belief, and the invaluable power of a girls’ school education. 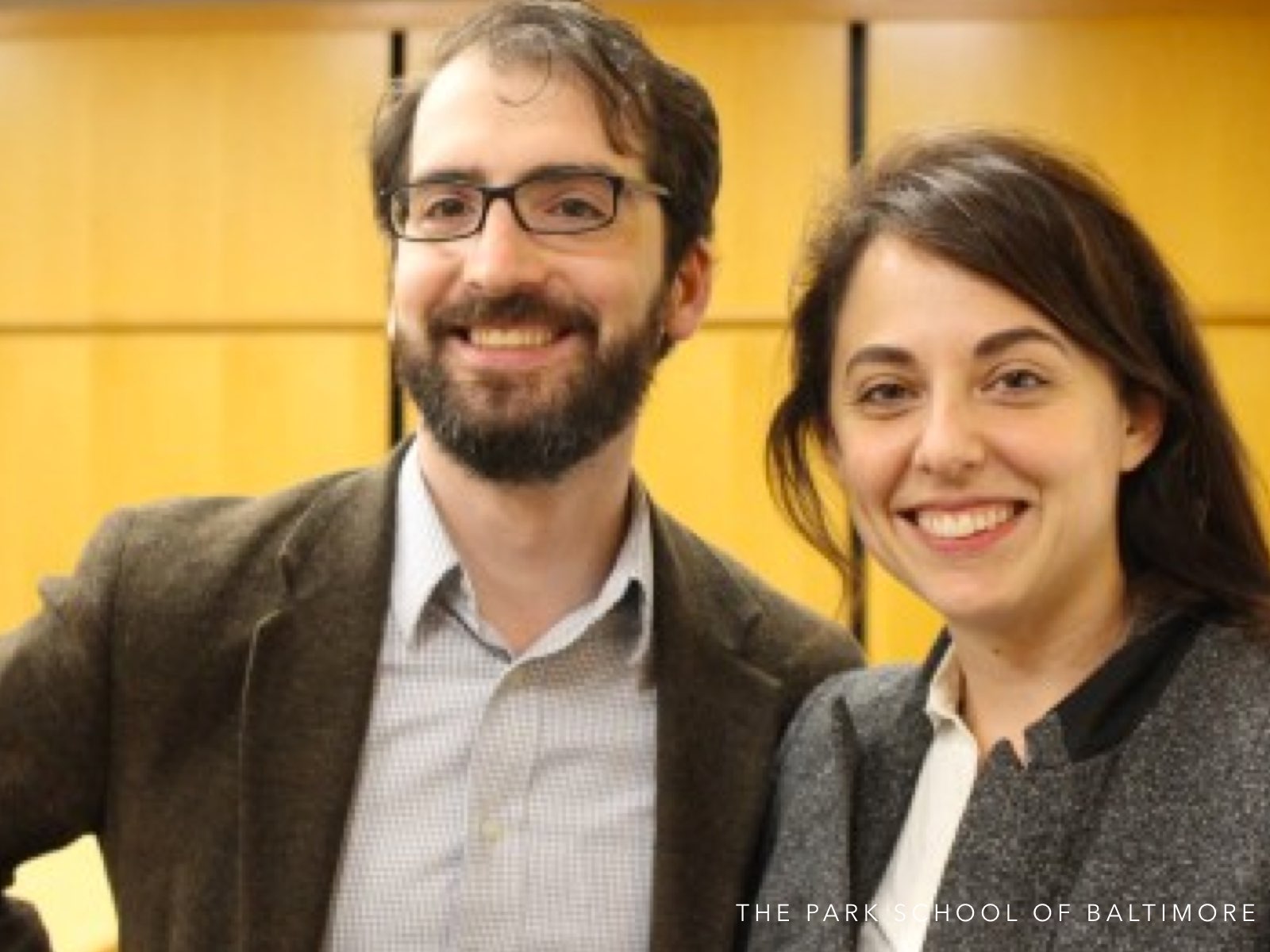 Just off the campaign trail, Park School alumni Annie Karni ’00 and Ben Jacobs ’02 returned to campus on November 11th to share their insights on the 2016 election with students in Upper School history teacher Peter Warren’s American Elections class, followed by an open discussion and Q&A for students, faculty, and staff.

After learning about the moon – its different phases, its atmosphere, and some of the men who have traveled there – Friends School Kindergartners decided they’dlike to go to the moon. But first, a brief visit to the Lower School MakerSpace where – using boxes, fabric, wire, batteries and more – the children designed a variety of objects to bring with them. They used the MakerSpace’s green screen to help transport them to the moon’s surface and explained their inventions on film. 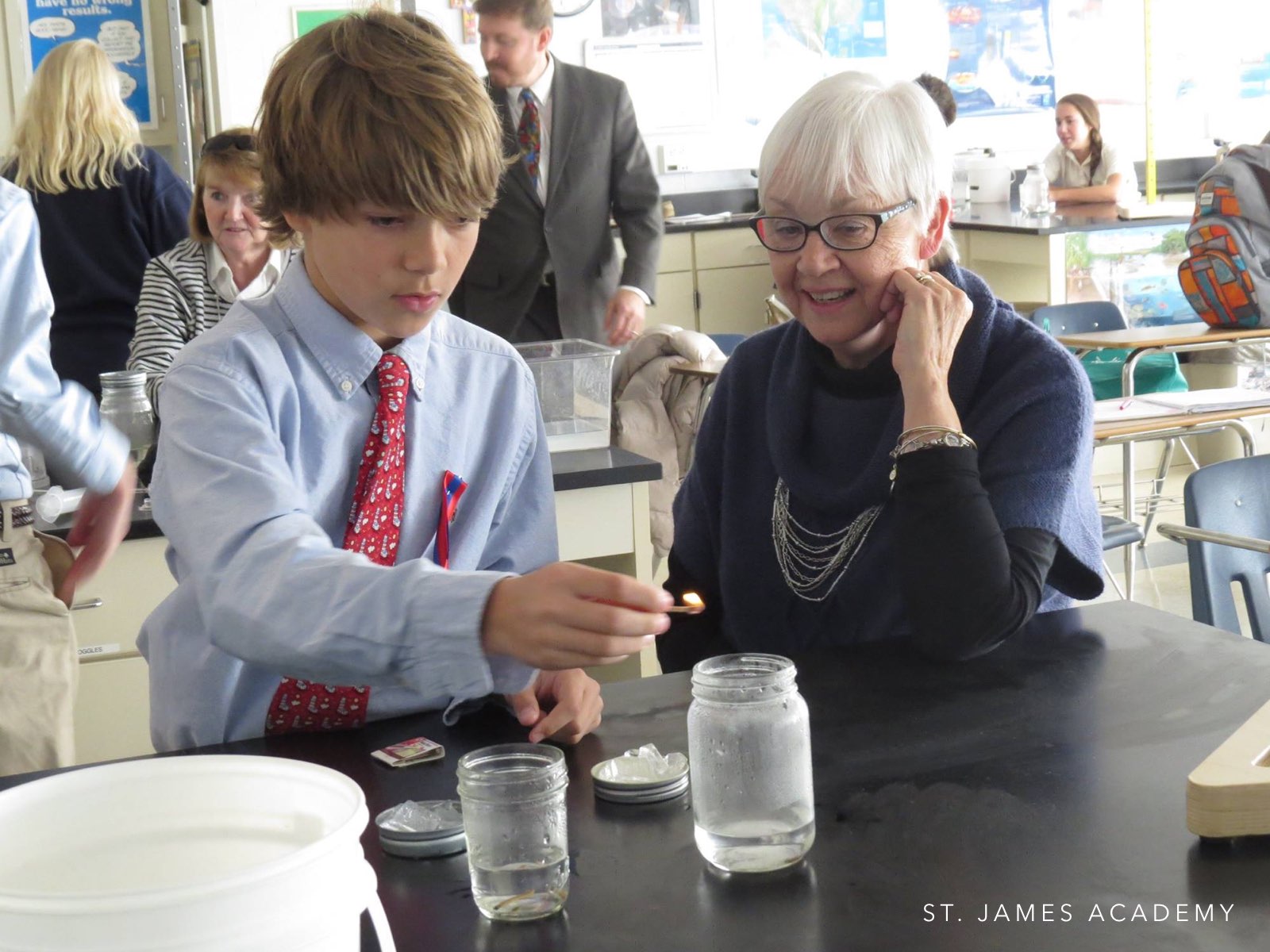 Every year St. James Academy invites students’ Grandparents and Family Friends to share a morning in their classrooms. The children were so excited to showcase what they have been studying! 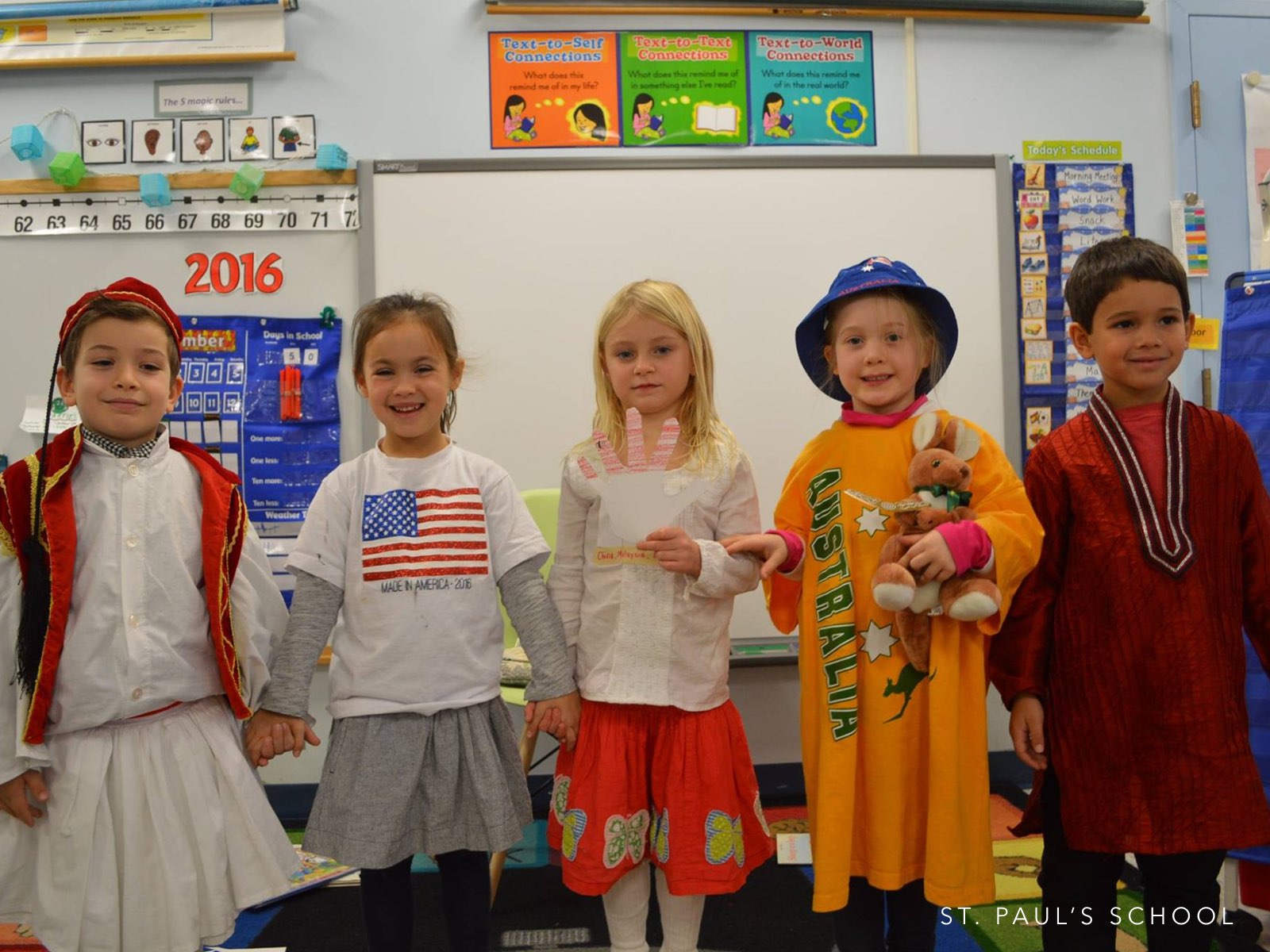 Kindergartners at St. Paul’s School are involved with a global exchange program with Birla High School in Calcutta, India. Together the schools hope to work to bring an international dimension to parts of their curriculum and foster a sense of cultural awareness in students. Last week, as part of International Children’s Day, students dressed in traditional attire from a country of origin, identified the countries of their ancestors, and colored flags of various countries. 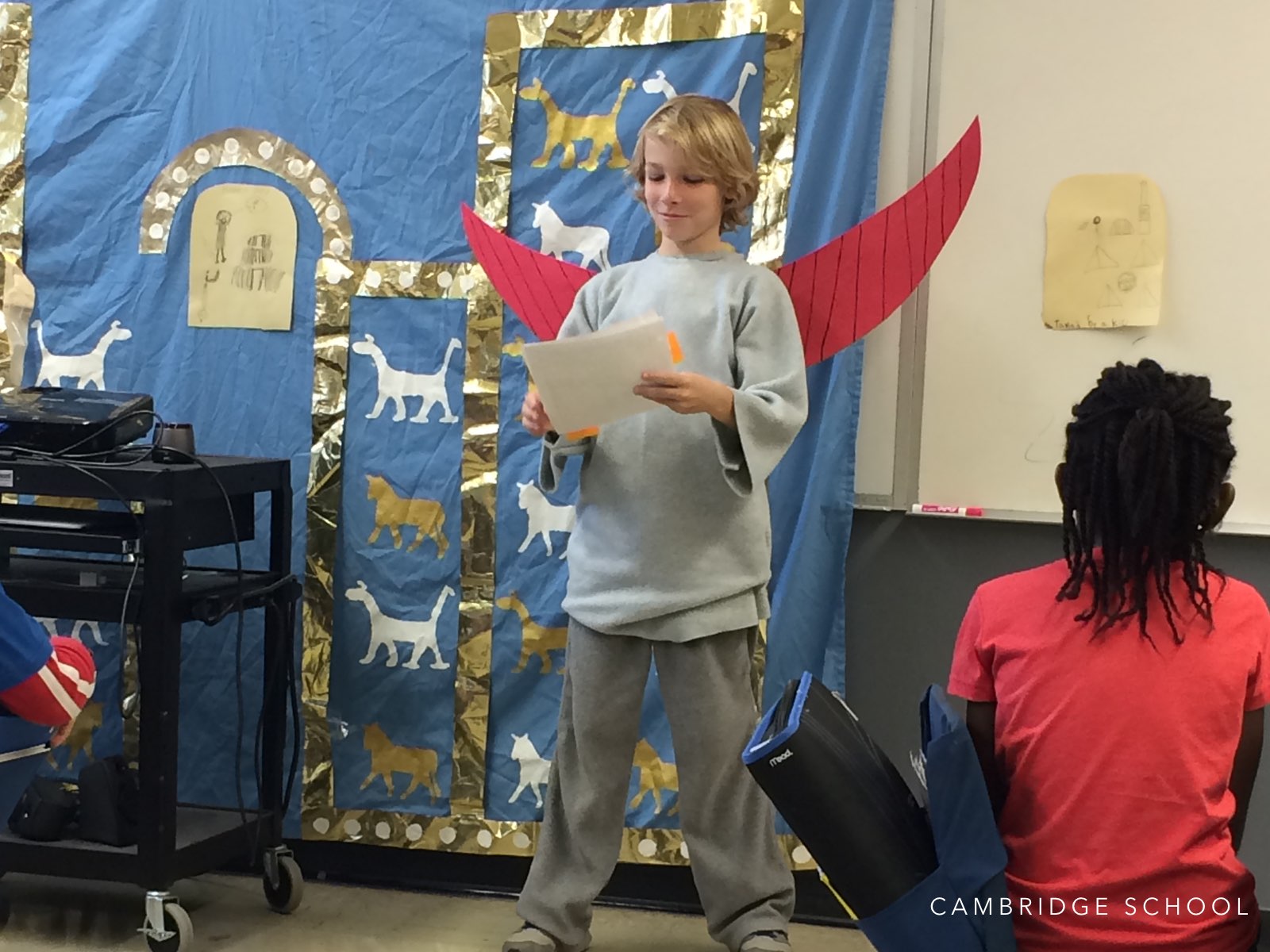 Last week at Cambridge School was very busy! Their 3rd grade students engaged in EPIC CON, a day set aside for 3rd grade writers to publish their own epics, dress as their epic heroes, and autograph copies for the school community. This year, as in years past, it was EPIC! Additionally, our 4th grade students tried their hand at the #mannequinchallenge outside of the Franciscan Monastery in DC, and 6th grade students visited the oldest Quaker meeting house in the US to experience some of the way of life they are studying in The Witch of Blackbird Pond. 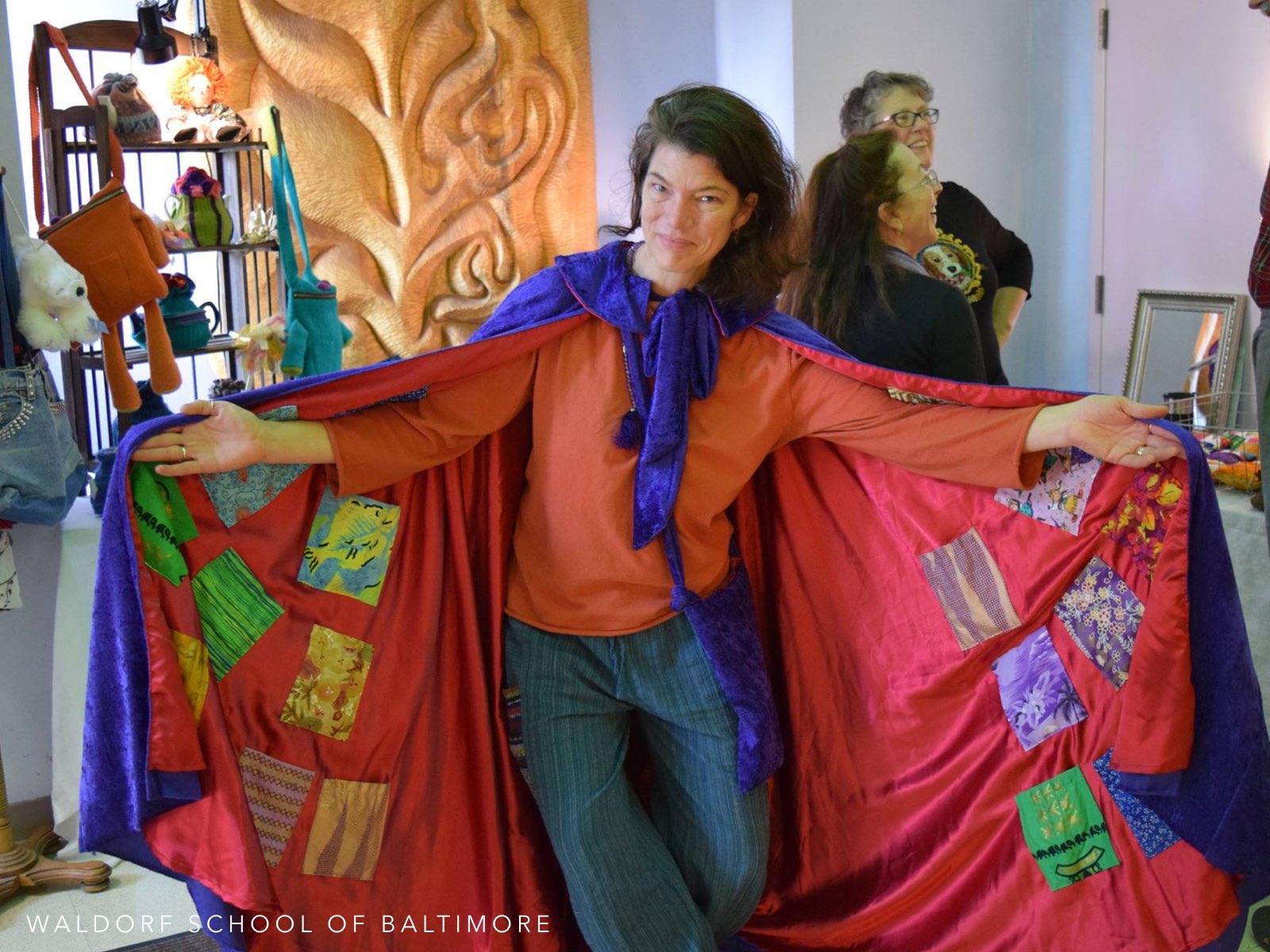 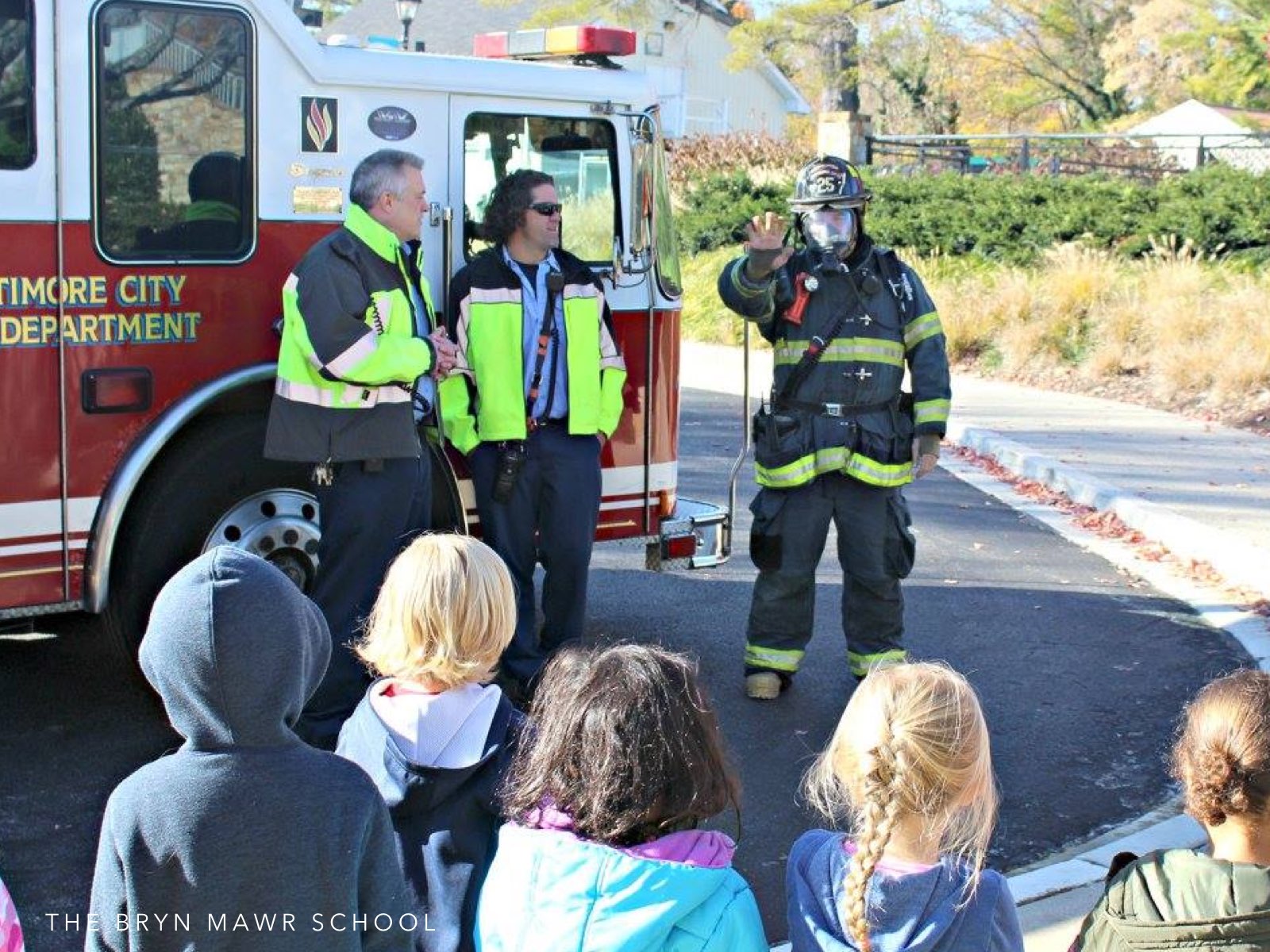 November 18th was Little School Fire Safety Day at The Bryn Mawr School! The children loved getting to see a real fire truck up close and to talk to the firemen. They also learned important fire safety basics, like stop, drop & roll and what the firemen look like in their full outfits (and not to be scared of them!). Special thanks to the Roland Park Fire Station for spending some time with the Little School that morning! 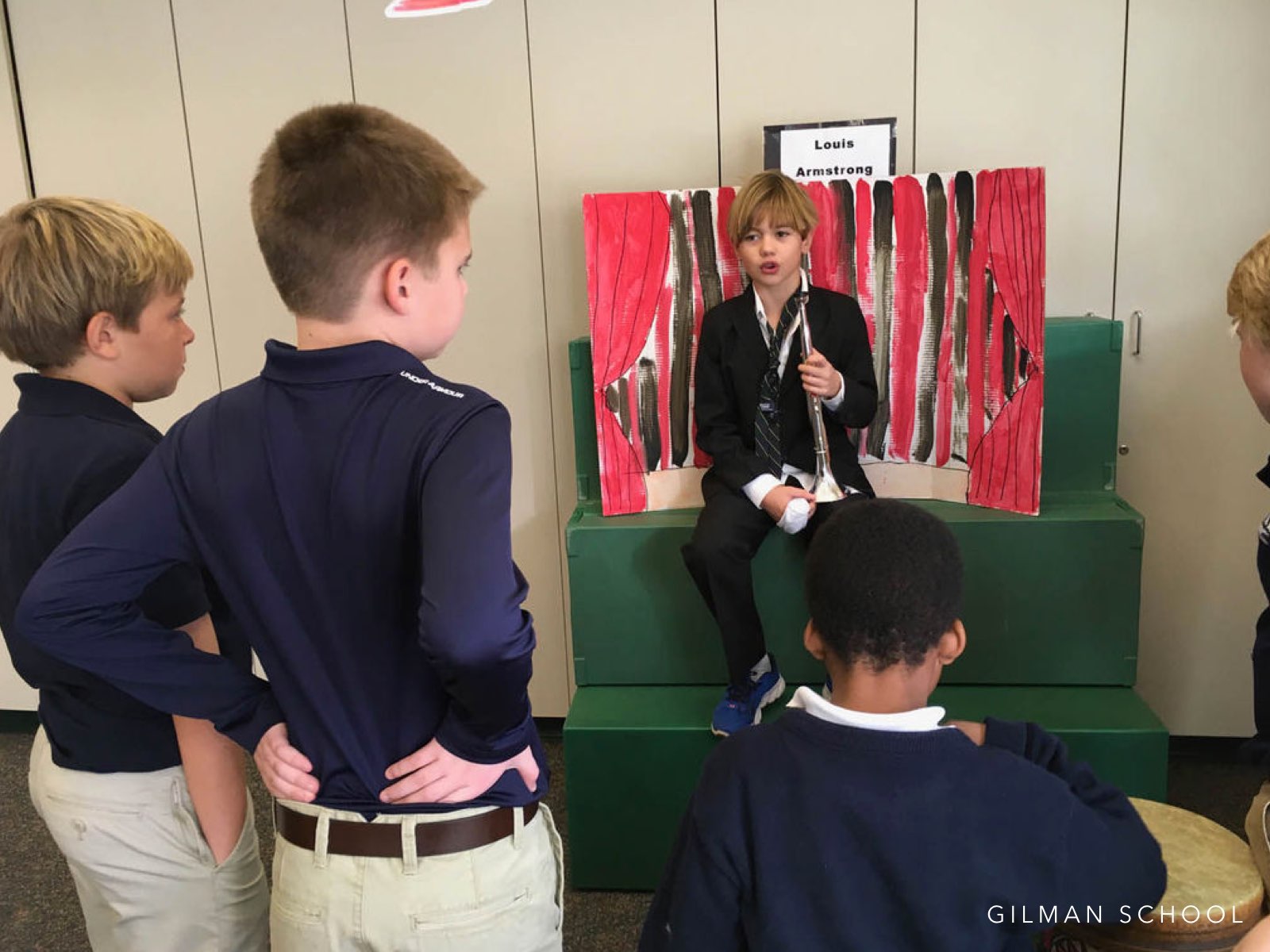 Third grade boys at Gilman School became inventors, artists, athletes, explorers, politicians, and other historical figures during the annual Wax Museum. Each student selected a subject and then read a biography before writing a speech. Students also created the costumes and backdrops for their performance. First through fifth grade boys visited the wax figures and tapped a green button to awaken the famous faces. The museum spread over seven rooms and the hallways of the Lower School.

If you are celebrating Thanksgiving with a McDonogh School  lower schooler, ask them about Native American traditions and why we eat certain foods. They’ve been learning all about it. 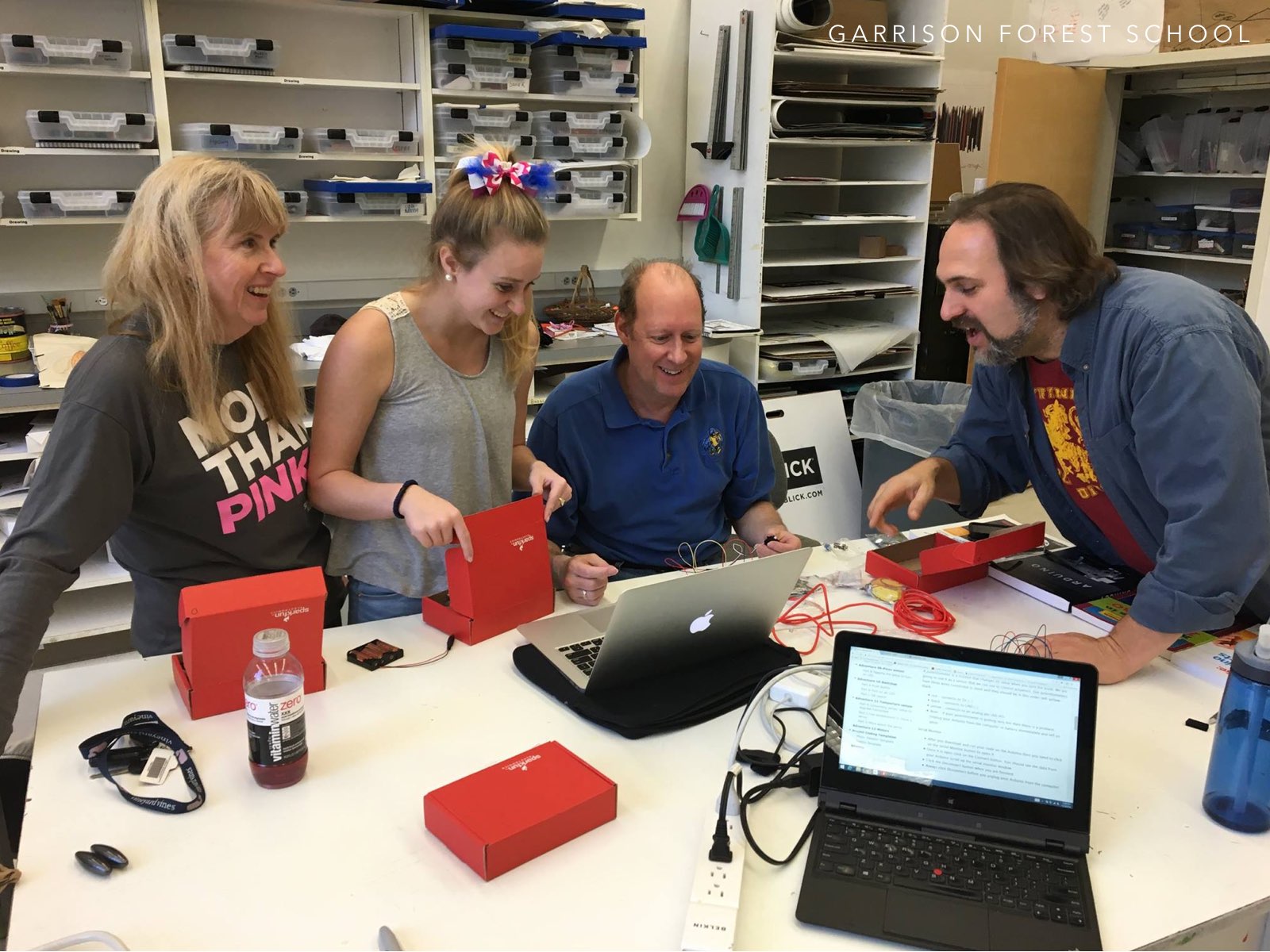 Saturday was a busy day in the Creative Co-op at Garrison Forest School! Art teacher Sarah Sachs hosted a faculty/staff jewelry-making workshop, and Jim Audette, STEAM Coordinator and science teacher, led an “Intro to Arduino” workshop as part of the Maryland STEM Festival. Lots of great creating, thinking and tinkering. 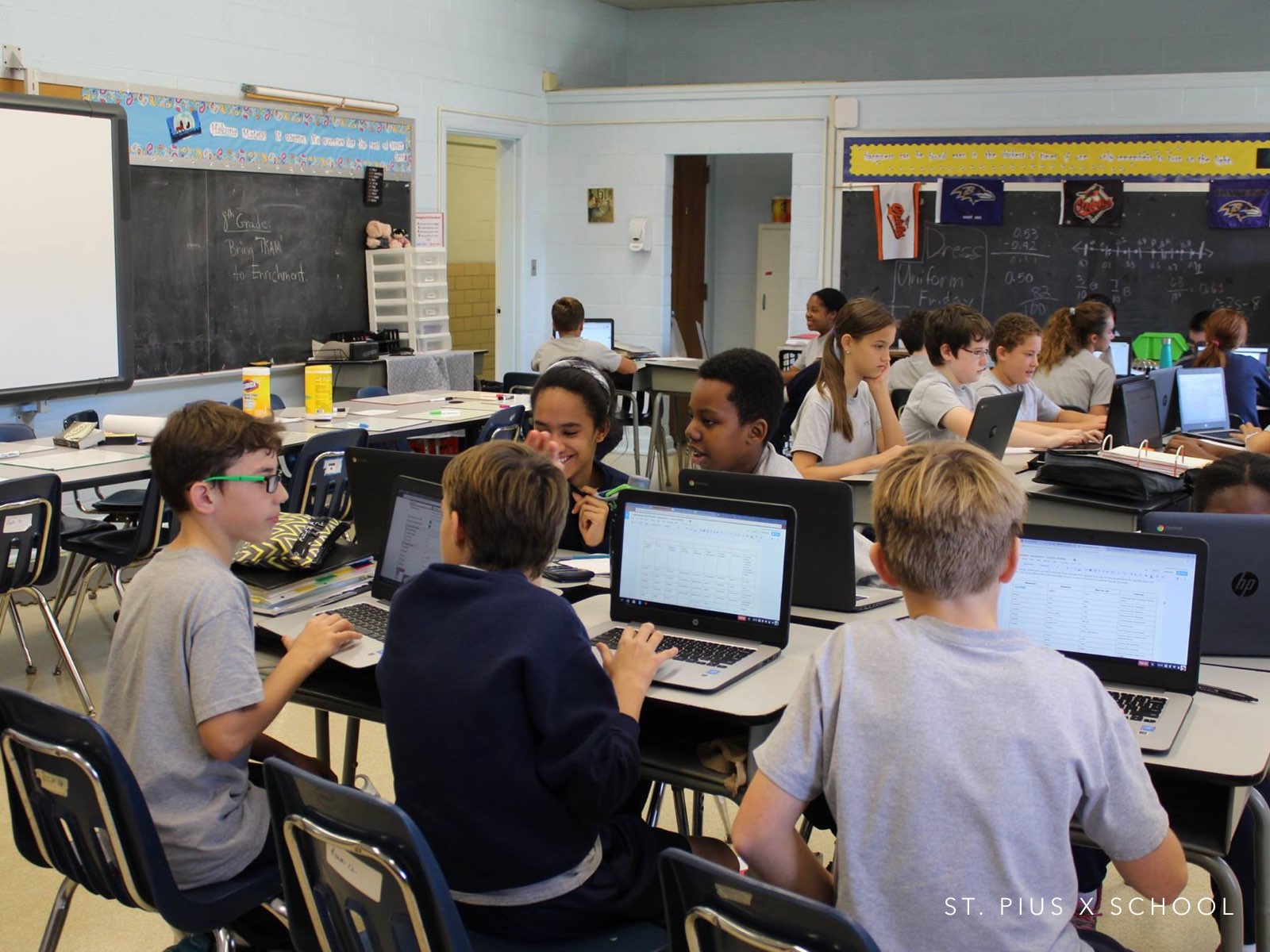 In science and math class at St. Pius X School, 7th grade students created a Thanksgiving feast by applying their science and math skills to a real world situation… They compared grocery store prices, made a shopping list, and found discounts and sales tax. Students used decimal, fraction, and whole number computation, as well as knowledge of percents. To top it off, as they planned their meals, they classified the living ingredients in each of their dishes by scientific name. 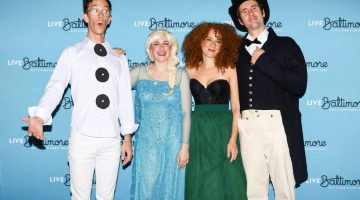 Talking Princesses with Melissa and Britt of Outcalls