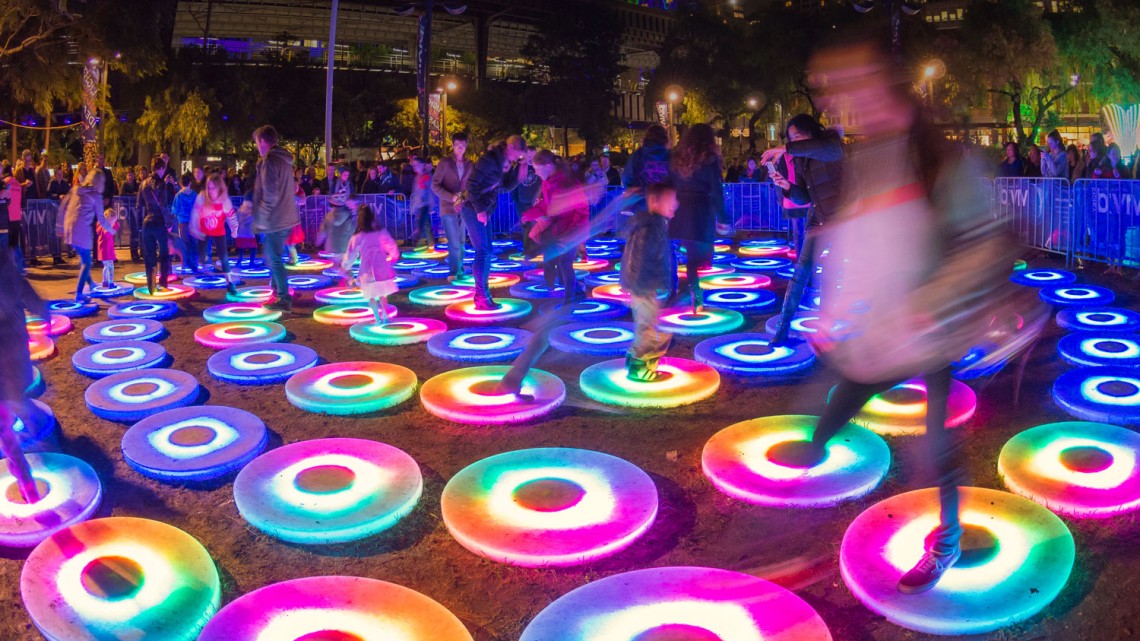 Light City Baltimore illuminates the city in less than a week — and you can feel the energy buzzing downtown! Not quite sure what it is? It’s the first large-scale, international light festival in the United States, homegrown right here in Baltimore. The festival, which runs from March 28 – April 3, provides a backdrop for the celebration of ideas, ingenuity and creativity through art, music and innovation. During the day, several learning and idea collaboration events are taking place; but at night? The Inner Harbor comes alive with dizzying light displays, music, and more.

Here are some of the kid-friendly options we can’t wait to check out!

Creative Alliance lights up its best monumental lanterns for Light City Baltimore Lantern Parade on Monday, March 28! The route is a 1 mile walk from Inner Harbor Rash Field to Columbus Piazza at Eastern Avenue & President Street! FREE! Bring the kids, charge your batteries, and march to the musical orders of Mariachireyazteca Rey Azteca, The New Baltimore Twilighters Marching Band, N-Full Motion Marching Band, 901 Arts Drumline, The Manly Deeds,Tongue in Cheek, and Bateria Terra Maria! Festival goers of all ages, community partners, and BOPA commissioned Light City artists are encouraged to create their own illuminated costumes, as well as carry their pre-made lanterns, to parade together!  MORE


Lumen consists of a series of acrylic sheets lit by ultra violet LED lights at the edge to illuminate drawings by festival goers and street artists alike. Each night, a new street artist will feature a bespoke drawing that encourages the audience to build upon the drawing by contributing their own. Colored fluorescent-ink markers are made easily accessible for festival-goers to draw on the wall, creating a glowing collaborative mural.


Voyage consists of 300 floating ‘paper boats’ encasing colored dynamic LED lights for a spectacular light show in the Inner Harbor water. The fleet of paper boats uses the water as a canvas to create an organic matrix of ever-changing colored light


Go on a light-themed scavenger hunt at the National Aquarium and explore the wonders of illumination in the aquatic world. Aquarium attendees are invited to uncover the unique role of luminescence in deep-sea habitats and learn simple ways to help protect these ocean environments. These family-friendly activities will be available for Aquarium guests to enjoy between 9–5 pm each day of the festival as well as during the Light City-specific Half-Price night on April 1st (part of their Half-Price Friday Nights program).  MORE

During the week of Light City Baltimore, #HampdenLights will transform 36th Street, otherwise known as “The Avenue,” into a living, breathing, immersive light installation.  Animations created by the resident artist Diana Reichenbach and members of the community will be projected onto storefronts, leading visitors to the main centerpiece: a 16-foot in diameter geodesic dome that allows viewers to physically immerse themselves in a 180-degree artwork.

Inspired by the stories, people, and places of Baltimore’s very own Little Italy, resident artist Joe Reinsel will illuminate the façade of St. Leo the Great Church at the intersection of Exeter and Stiles streets. Utilizing modern projection mapping software, Reinsel’s work will incorporate photos, drawings, and imagery collected through community workshops leading up to the festival.

AVAM’s Education staff is opening their classroom doors for some special hands-on, drop-in, art-making workshops for Spring Break! In celebration of Baltimore’s first ever LIGHT CITY, AVAM is offering a “Light” themed workshop each day. Drop by our Classroom (2nd floor, Jim Rouse Visionary Center) between 2 & 4pm to MAKE your own original artwork & it’s all yours to TAKE with you! Workshop fee is $5, all materials provided, project ideas galore, & no reservations necessary. Recommended for ages 7 & up. MORE

During the Light City Baltimore Festival join the Maryland Zoo for fun and educational puppet shows preformed by Zoo staff and volunteers. There will also be video presentations that will relate to animal fluorescence and nocturnal animal adaptations.  The puppet shows and video presentations will take place in the Penguin Education Center’s BGE Learning Lab. Times may vary so please look on the Penguin Coast Chalkboard and listen to shuttle announcements for daily updates. MORE

The ultimate light celebration. Classics Pink Floyd, Led Zeppelin, The Beattles and more provide a soundtrack for a dazzling laser light show on the dome of the planetarium.  $8.00 per person. Add a second show for $4.00. MORE

Put on your best and brightest play attire and bask in the glow of dancing, playing, exploring, and making great memories with your family at Port Discovery’s Glow Dance Party! Family Dance Party with DJ Holly Make Your Own Glow Slime Hula Hoop Station Face Painting by Landre SFX Open play and museum exploration (without the crowds) Pizza and healthy beverages. $15 – $18 MORE

Bright Lights Youth Festival is a collection of FREE conferences and workshop opportunities that will engage and inspire young people about social and creative innovation. For two days, Baltimore’s IMET Columbus Center will be the hub for social education discussions, while creating a foundation for creative practices. MORE

Previous Article (cool) play date: around the world at st. paul's plus

So long, PreK! This cutie is Kindergarten bound! # 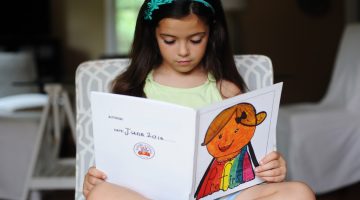