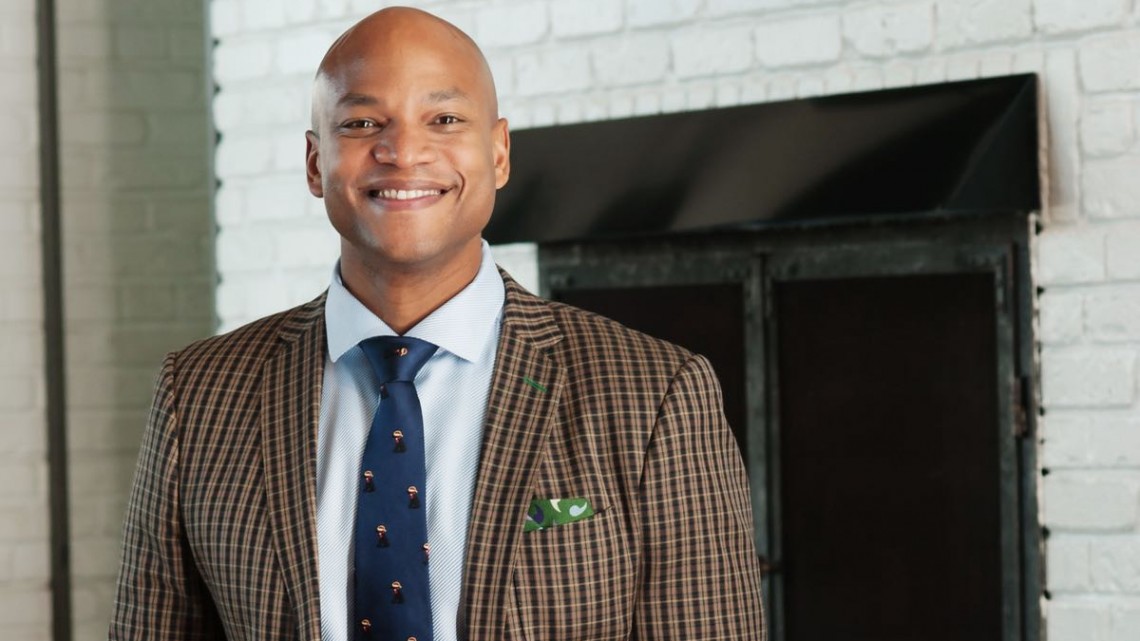 Actually, the “coffee with” may be a bit of a stretch. The title should actually read “conversations between camera shots,” as Wes was kind enough to chat about his new book and more while being photographed for our 2015 Holiday guide. I was having coffee though, so it’s partially true.

Regardless of semantics, having the chance to sit down and talk work and raising kids in Baltimore with Wes Moore was truly a pleasure. Dad to Mia and James, husband to Dawn, New York Time’s Bestselling author, activist, Rhodes Scholar, paratrooper, White House Fellow, news analyst, television host, CEO and founder of BridgeEDU… Did I mention he was named The Daily Record’s Innovator of the Year for 2015?

It’s an impressive resume. But for all of his accomplishments, bravado or ego never entered our discussion nor was it captured through the camera lens (and he certainly has bragging rights!). Wes is refreshingly and truly passionate about everything he talks about. His wife, his kids, his work, travel, spending the holidays in New Jersey piled into his aunt’s house with all of his relatives, reinventing the college experience; the words bubble over and it’s as if he can’t quite believe it all himself. 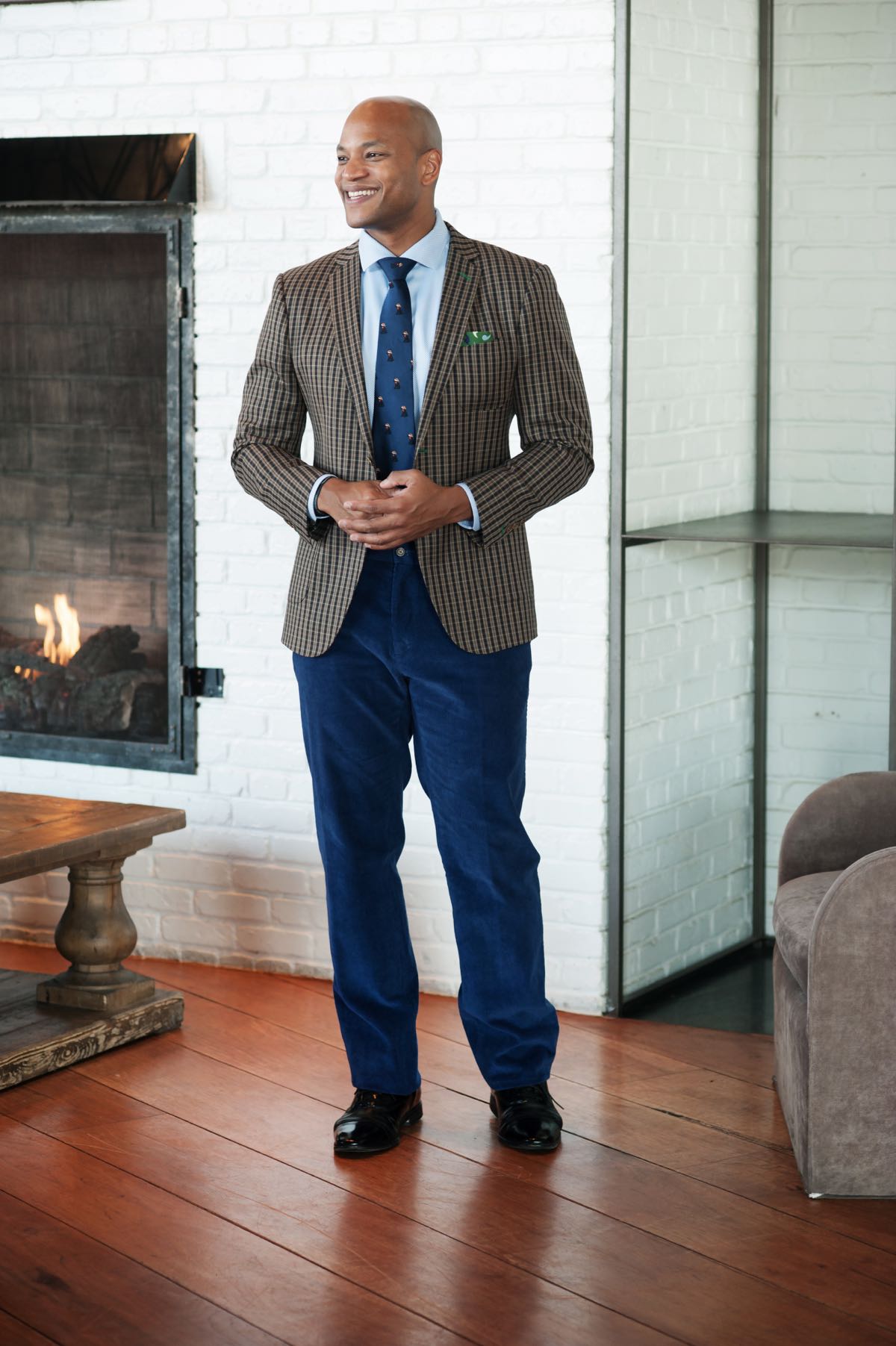 If there was one word to describe Wes Moore, it would be genuine.

He has a genuine passion for Baltimore youth and, whether intentionally or not, has made them his current life’s work. As CEO and Founder of BridgeEDU, Wes is reinventing the college experience by revitalizing the freshman year.

“In conversations with the White House, we knew that the numbers were improving with retaining students at the high school level; but the new challenge was college,” said Wes.

30% of students who start college will not make it to their sophomore year. But why? It was one of those questions that kept him up at night; and then it hit him — perhaps it was a perceived lack of purpose.

“If you’re going to college just to get a degree, you’re missing the point AND you aren’t any more prepared to face the world,” said Wes.

His solution? A unique first year college program that combines core academic courses, real-world internships and service experiences, with the coaching to help students succeed in academics and life. Created in partnership with The Community College of Baltimore County and University of Baltimore, BridgeEdU scholars have the opportunity to earn 20+ transferrable college credits during the program. The program currently has 125 students and aims to have more than 500 next year.

But it doesn’t just ‘bridge’ that first year for students — it ignites them with a passion. A reason for the degree. A purpose.

His most recent book, This Way Home

, is a work of fiction written for young adults. It’s a departure from the autobiographical work that propelled him to the bestseller list, The Other Wes Moore: One Name, Two Fates

, which chronicles the stories of two young boys with the same name growing up two blocks apart in a West Baltimore neighborhood. One goes onto dad model for (cool) progeny (among other things like becoming a business leader and Rhodes Scholar, but clearly, the dad modeling experience is one of the highlights of his career), while the other ends up a convicted murderer serving a life sentence. Brutally honest, Wes grappled with philosophical existentialism and what experiences made each of their paths turn and diverge.

Of course, there are elements of his own experience in This Way Home (as Wes said himself, “in all good fiction, there is a core baseline of truth and reality”), but writing fiction allowed him the creative freedom to stray from “getting every detail right” and to turn some of his own experiences, fears, and apprehensions into the characters’ lives.

“I wanted a sense of hopeful truth and reality,” said Wes.

In This Way Home, Wes explored the idea of teens using military techniques to cause a local gang to implode upon itself.

“I want kids to know that they are the changemakers. They are in control of their own destiny, more than they realize,” said Wes. The main characters in the story — Elijah and Kerri — can only take hold of their own greatness once the adults get out of the way.

Perhaps that’s a message to adults as well? Maybe we need to get out of the way a bit more.

“I don’t want my kids to be so afraid of making mistakes that they don’t try anymore. Parents can be a deterrent. If our kids are “always right,” they aren’t stretching far enough,” said Wes.

Being a parent comes with great responsibility — and it’s more than just making sure your kids have food in their bellies and a place to sleep. You also have the responsibility to make complex situations accessible to them; sometimes before you feel they are ready to grasp it. But the questions come flying at you anyway.

Many of us were in this position last April during the riots or even this past December while the first trial related to Freddie Gray’s death unfolded. Our kids were watching the protests, closely or from afar. They had questions. I don’t know about you, but I stumbled through my answers to my own kids incredibly awkwardly.

So I asked Wes the tough question…

“The national media cameras are gone. Now is where the hard work starts…… so what can we (as in readers of (cool) progeny) do to help?”

“Think,” he said. “Think about what you do or what you see done that creates distraction and frustration and work to solve it. Make it your issue.”

A sandpaper question. One that you have to work over with grit. And the answer may be no more smooth than the question. We’re often stifled by the gravity of large, systemic issues. They are like onions; layers upon layers that encase the root problem. Peel one layer back and you’re met with another. Police relations. Race. Socioeconomics. History. Education. Age. Sometimes it’s easier to fall into complacency. It’s not an “our” problem. It’s a “their” problem (whomever they may be).

If I’m honest, I don’t think it was a comfortable question for him to answer.  But in true Wes Moore spirit, he paused thoughtfully and then addressed it head on.

We all can’t solve everything. But we can all work to solve something.

Next post is it picky eating? or is it a feeding disorder?

Previous Article in case you missed it...

Coffee With: Jes and Spilly of Plant Medicine Workshop 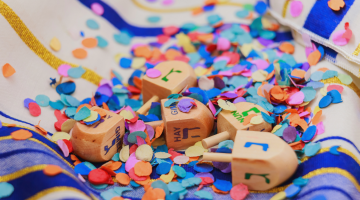 Where to Celebrate Hanukkah with Kids in Baltimore