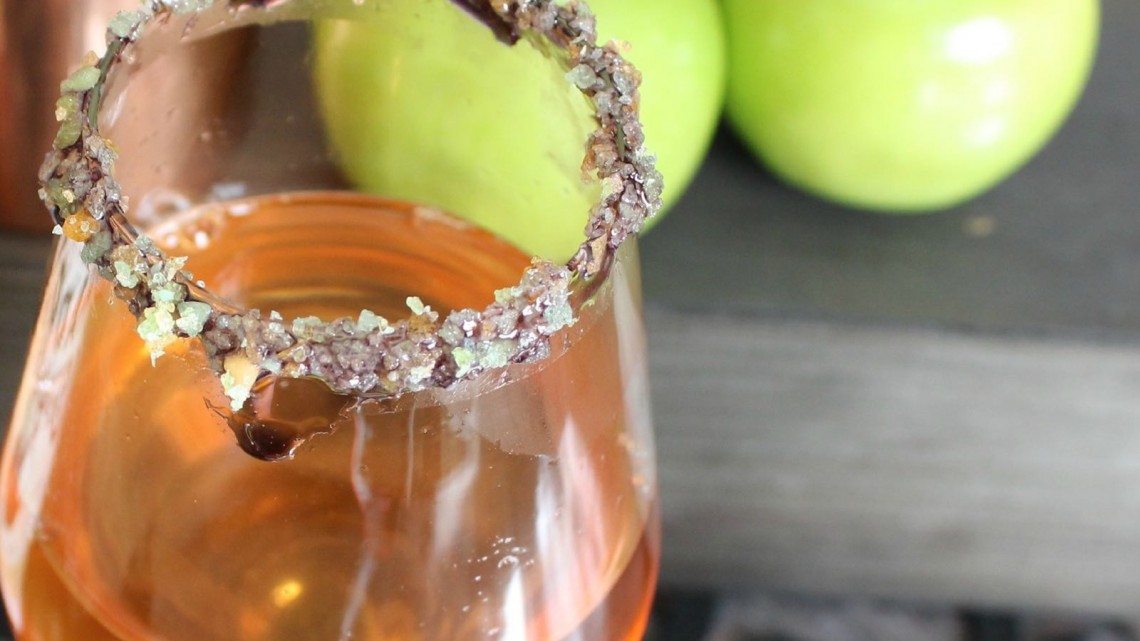 Did it ever occur to anyone that maybe the Evil Queen may have been far less homicidal if someone had just poured the gal an apple cocktail – – or two?

No newt eyes, bat wings, or toes of toads needed in to whip up this scary good Halloween-themed cocktail, or it’s kid friendly mocktail version. The recipe is so simple that with the wave of a wand, or a softly spoken incantation, anyone can conjure up a batch big enough for a bash filled with your favorite monsters, or a smaller one for you and the coven to enjoy.

“Dip the apple in the brew, let the Sleeping Death seep through.” ~Evil Queen

Both recipes call for a simple syrup made from sour apple hard candies. I mix this up in advance of our annual Halloween party and just store it in the fridge. It is terrifyingly easy to make {okay, I’ll stop with the bad Halloween puns now… or will I? bwaaah haha} and keeps well, though it may separate. If it does, just shake it up.

Put the water into a heavy-bottomed sauce pan and set to boil. Place unwrapped candies in bag. Beat the heck out of them with your mallet until it’s dust – best. therapy. ever. Put candy in the water and stir until it dissolves, let it cool and Bob’s your uncle – you made it!

Mix cinnamon oil and food coloring into the corn syrup. Dip the rim of your glass into the mixture, then roll in sugar. 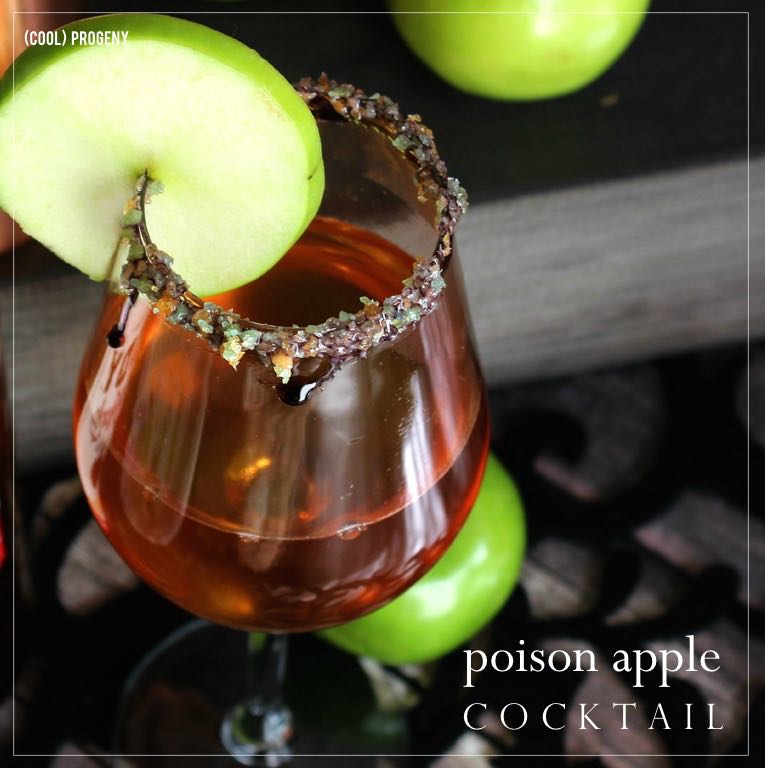 Shake in a cocktail shaker with ice. Serves one, to make more just double accordingly.

FRIDAY FIVE | Five Things to Do with Halloween Candy