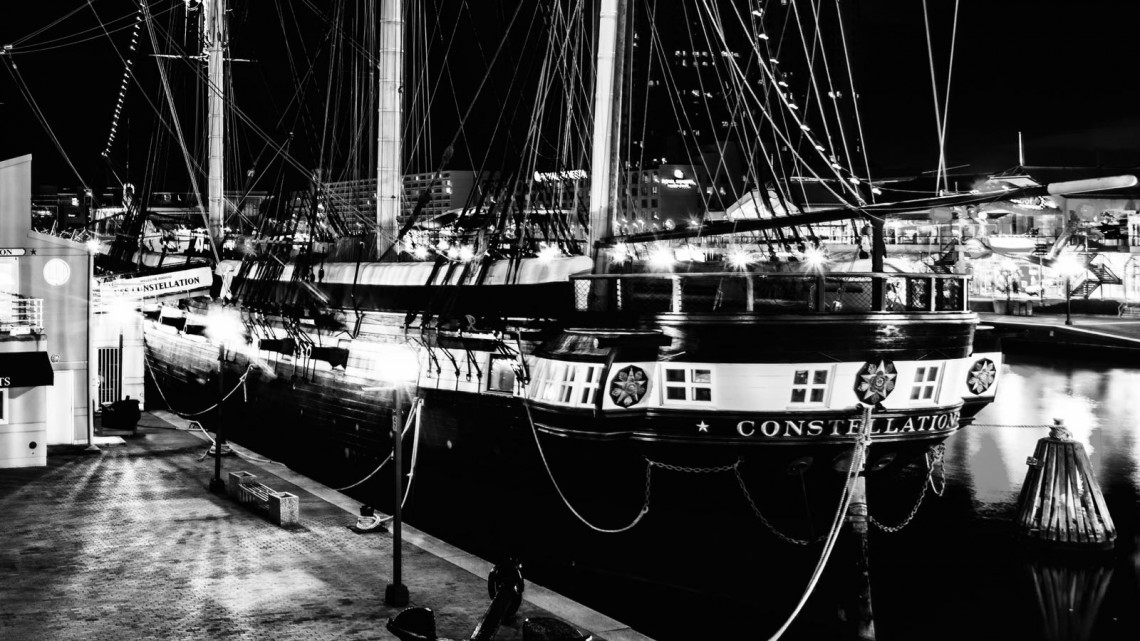 There are a million stories in Charm City. Many of them might just chill you to the bone. In a city rich in history as Baltimore, legends take root, ensnaring the imagination and giving life to tales of the dead who just may roam our cobblestone streets. Check out these (cool) Baltimore ghost stories — before you read them to the kiddos.

There are nearly as many stars softly twinkling in the cold October sky as there are times you’ve passed by the soaring masts of the USS Constellation. Could there be a cluster of un-earthly bodies here as well?

First launched from Harris Creek in the fall of 1797, the Constellation has a long and storied history spanning from the Civil War to the waning days of World War II. She began her service as a formidable battleship, going on to serve in a diplomatic role as the flagship for the Navy’s African Squadron intercepting ships participating in the horrors of slave-trade. It is rumored that many of those that set sail with her remain aboard to this very day.

The first to captain this intrepid vessel, Commodore Thomas Truxton, may be to blame for one of the more gruesome spectral embodiments said to haunt the ship. In the aftermath of a hard-won victory against the French Frigate L’Insurgent in 1799, legend has it that Truxton “disciplined” Seaman Neil Harvey for falling asleep on watch by sentencing him to death by blade. It is said that in an effort to dissuade dereliction of duty, Truxton had Harvey’s remains strapped to a cannon and blown into fish fodder. Harvey may be the most frequently spotted phantom of the frigate, though he certainly is not alone.

Some believe that Tuxton himself is among those who have been mistaken for costumed tour guides by ship’s visitors. There are so many stories of wraiths roaming the decks and holds of Constellation that modern-day sailor Lieutenant Commander Allen Brougham set out with a photographer friend in the winter of 1955 to capture proof of the hauntings. It is reputed that somewhere is a photograph, captured in the wheelhouse, that shows a man wearing gold epaulets and reaching as if to draw his sword. Like the ghosts themselves, the photo seems to have vanished into thin air.

When they restored this historical landmark to its 1920’s era opulence they may have forgotten to ask a few guests to check out. On the 19th floor, guests have reported spying a lovely couple bedecked in glamorous evening wear of an era long gone. As they sweep down the hallway, the couple dissolves, leaving guests to speculate that the party they were headed to must be of the spectral sort.

In an eerie twist befitting Stephen King himself, the spirit of small girl has also been spotted by several who’ve stayed or worked at the hotel. One account from the 1990’s speaks of a little girl in a cream colored dress and shiny black shoes, bouncing a red ball. When the worker asked if she was lost, the child simply faded away.  Eloise can keep the Plaza;  the Lord Baltimore has… well, we’ll call her Penelope.

Every Marylander is sure to know that Fells Point is the final resting place of one Edgar Allen Poe. Beyond “Eddie” though, there are certainly more shades here than an unkindness of ravens {Seriously, that’s what you call a flock ravens. Finches get “charm” and ravens — “unkindness”??} On a recent stroll through Fells Point with the folks from Baltimore Ghost Tours, my family and I learned about far more macabre happenings in the town that William Fell built.

How many summer afternoons has your family spent sipping cold lemonade on Fells Point Square? Um, did you know that as many as 600 victims of yellow fever may be buried under there? The chill you feel next time you visit may not come from the gelato in your hand.

Have you ever taken an evening stroll down Shakespeare Street? The sounds of the bustle on Bond are muted here, and an even on the most blustery day of winter there is a palpable stillness in the air. Midway down this narrow road lined with rowhouses sits a singular stone monument behind the wrought iron gate of Bond Cemetery.  This is the Fell family crypt, where rests William Fell, his wife Sarah and other family members. His son Edward may not be getting much rest, though, if you attribute to him the numerous reports of encounters with a man dressed in “old fashioned” attire, strolling the street and quickly fading into thin air.

Countless places in our city seem to hold a draw for those who have passed through the veil. Have a (cool) Baltimore ghost story of your own? Let us know – we’d welcome the scare!

Harry Potter Halloween is BACK at Johnny’s! 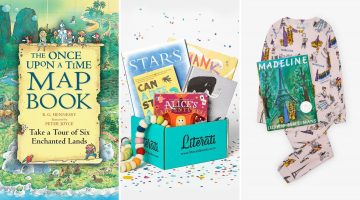