coffee with emily howell, co-owner of the corner pantry 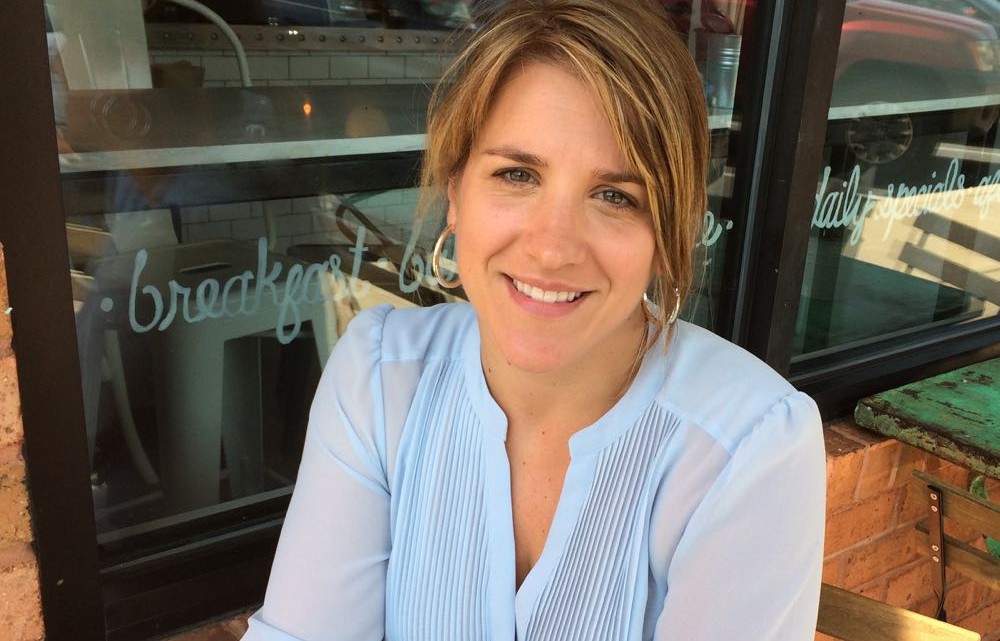 Manhattan just wasn’t the place she and her husband wanted to raise their family.

They made the decision. Spent a weekend in Baltimore – her hometown – looking at houses. He started responding to Craig’s List ads for restaurant positions. 60 days later, they were settled into a Rodgers Forge home — spending less on their mortgage than their converted one-bedroom on the Upper East side.

“I feel like that’s how we roll,” she said. “We made the decision and did it.”

Emily Howell was working as a freelance graphic artist when she and her husband Neill moved to Baltimore with their toddler daughter Annabelle. But the long hours he worked as Executive Chef at Bond Street Social weren’t giving them the family life they craved.  So when a space in Lake Falls Village shopping center became available, they jumped at the chance to own and run their own English-style cafe. Together.

They opened The Corner Pantry mere months before their son Clive (now 1) was born. The timing wasn’t necessarily ideal. New baby. New business. As a new restaurant, all customers needed added attention and Emily found herself managing a catering event one week post-c-section.

Her mom was kind enough to drive her.

Though they’ve hit their stride with the business just a little more than a year after opening — and are even starting to feel growing “twinges”  in their current space — striking the family-work balance that she wants for her family is challenging. 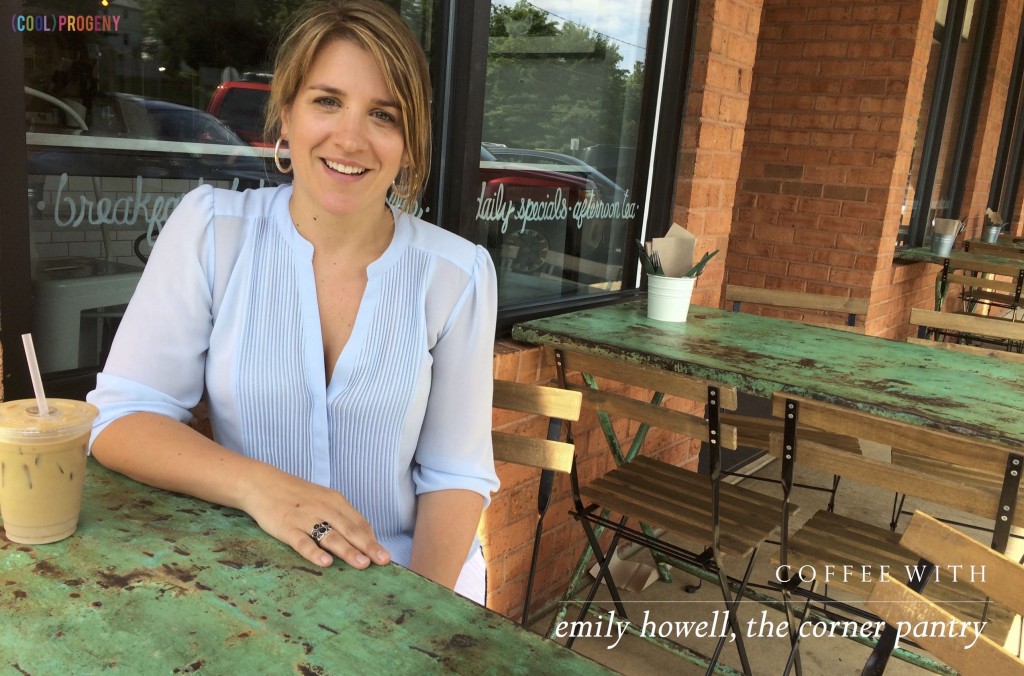 “I read your interview with Kohli and thought — that’s me! I totally thought I would just bring Clive into the office and he’d be in a baby swing,” said Emily. “That works for about four weeks. Then the baby wakes up.”

“A baby swing doesn’t even fit in our office,” she added.

So Emily makes a point of leaving the restaurant by 3 PM every day to get home and spend time with her children, who are cared for at preschool or by a nanny or grandma while she’s at work. After bedtime, she’ll usually work a few more hours. On a good day, she’ll get to Barre class or go for a run before she gets to the restaurant, but finding time for that has been trickier lately. She’s hopeful that a new staff position at the restaurant — who will work partially with her to manage catering and events — will help her find more time for running and the occasional renegade pedicure.

One benefit to owning a restaurant? No dinnertime scramble. If you head to their restaurant around dinner time, chances are you’ll see the whole family — that’s usually where they have dinner if Emily hasn’t picked up dinner from the restaurant to bring home. Annabelle loves the chips and chocolate chip cookies. Clive loves anything in tomato sauce.

For Emily and Neill, it’s not about “just” maintaining a cafe — it’s about working toward “what’s next.’  This summer, you’ll find the duo hosting a Corner Pantry pop-up at Boordy Vineyards every Saturday during their summer concert series. The graphic design is her handy work, by the way. In fact, she handles all of the design work for the restaurant which helps keep her creative side stimulated.

{SIDE NOTE: Personally, I had no idea how much catering they do — everything from roast chicken buffet lunches to dinner parties to afternoon tea. And yes, you can order their famed pop-tarts by the dozen.}

When I asked Emily what it was like going to work with her husband every day, she laughed a bit.

“We actually work really well together,” she said. “But I think, as a chef, he’s not used to hearing so many opinions. And I definitely have them.”

You won’t find the restaurant open on major holidays or Sundays. That’s by design.

“When we moved into the space, the owner of the store next door told me to make those decisions now — as a young business — and stick with them. It’s too hard to go back and undo them.”

Those days? They’re for family.

Should we have coffee? Coffee with is a series on (cool) progeny that highlights moms in Baltimore doing (cool) things. Know a mom we should have coffee with? Email Heather at heather AT coolprogeny.com. 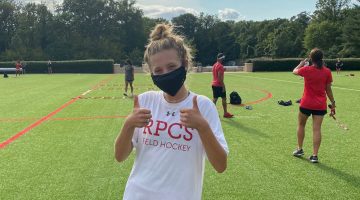