Things to Do with Kids in Baltimore: June 18-20 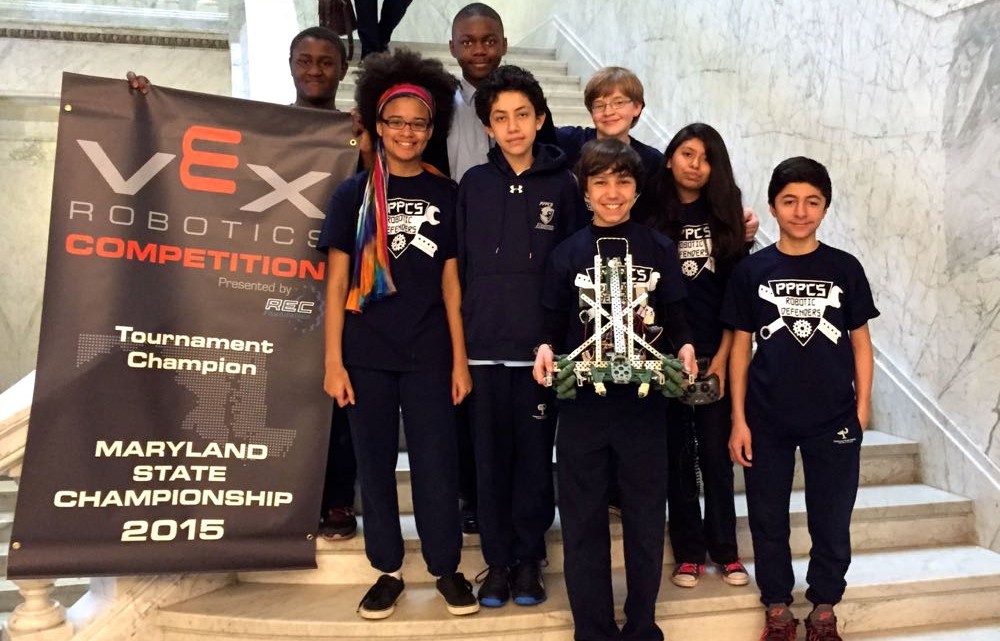 Technology is nothing. What’s important is that you have a faith in people, that they’re basically good and smart, and if you give them tools, they’ll do wonderful things with them. – Steve Jobs

Imagine a group of Baltimore City seventh graders with no formal experience in robotics. Maybe they played with a Lego set or conquered a video game — but no one had ever set a bunch of materials in front of them and said ‘build something.’ Until this year. And when it happens? That group of kids earn a spot on the world stage to compete with the top robotics teams from other states and countries around the world.

if you build {a robot}, they will come

The eighth graders at Patterson Park Charter School began their road to robotics innovation last year when Robert Glotfelty joined the faculty as a science teacher. They refined their questioning and observation skills, learned to explain and defend their strategy to each other and to panels of judges made up of industry professionals.

However, this is not the sell for the robotics team.

“If I told kids you are going to work hard, be good public speakers, good in math and in science, know how to socialize with people you don’t know, and defend your ideas to engineers and robotics professionals — no one would come,” said Glotfelty.

That’s exactly what got Jennine Auerbauch’s 13-year-old son excited. “He didn’t know a lot about robots coming in to it but was very interested,” said Auerbach. “Now it has become a large part of his identity.“

Glotfelty has no doubt of how  smart his students are and sets about each day figuring out a way to give students the tools to do wonderful things — from gearing them up with dissection tools to robot parts. Glotfelty is inspired by his own childhood explorations growing up on a farm in Western Maryland. “I always enjoyed discovering things, playing with them, and figuring out what they were about.”

Hands on, authentic experiences, guided by challenges and inquiry are at the heart of innovation and an every day experience for the 7th and 8th grade robotics club.

How is the robot created? Through parts and programming software sent to the school by VEX, a leader in STEM education. VEX provides affordable robotics kits, curricula, and robotics club support to schools worldwide and then holds a worldwide competition to see which team comes up with the best solution.

The students willingly dedicated time after school and weekends. They engrossed themselves in collaborative problem solving to answer design, function, and purpose questions with the end goal of snapping together a robot and programming it to win a game in the most efficient and creative way possible. {Curious? Watch this.}

Bringing together expertise from across disciplines is a cornerstone of the robotics program. PPPC’s integrative approach was crucial and at the heart of the robotics club. “STEM requires expertise across fields and staff collaborated on all levels,” said Dr. Charles Kramer, principal. 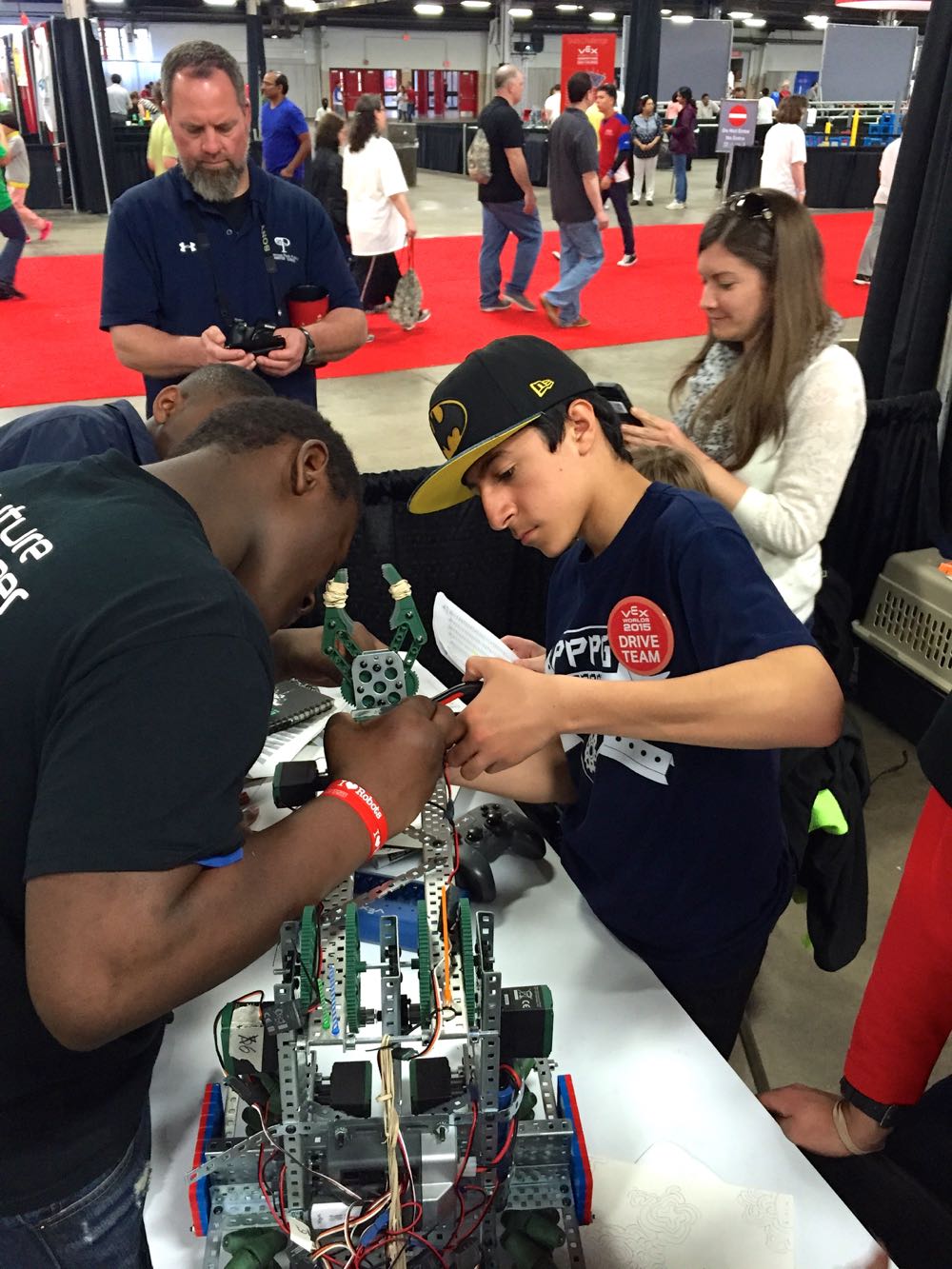 yes! we made it to the world championships! now, how do we get there!??

The PPCS team made it through several tournaments to win the Baltimore City championship. Their success was repeated at the state level which qualified them for the world competition.

More than 850 teams (out of 12,000), 29 countries, with 840 robots competed in the VEX Robotics World Championships in Louisville, Kentucky last month. It wasn’t lack of perseverance or interest that posted the greatest challenge to the fledgling robotics team; it was logistics. How to get there?

“For the staff at PPPC there was never a question of if we were going to go because financially we couldn’t afford it. It was always how we were going to make it happen,” said Glotfeltly. Financial support came from DAP, Inc.,  Johns Hopkins’ School of Engineering, and parents.

“The secret to our success,” said Glotfelty, “was how well students worked together and communicated with each other. They knew their robot really well. It was about teamwork.”

This we can figure it out attitude made a difference on the world stage.

“In one of the world championship matches, students had to collaborate with the Russian and Chinese teams without translators.  It was a priceless experience,” said Auerbauch. “My son was worried about how they would communicate with their new team members — but they rose to the challenge and figured it out.”

to infinity and beyond

“Robotics lets me get a feel for what engineering and designing would be like in the future.” said Angel, one of the team members.

Preparing for the future is at the heart of Glotfelty’s dedication. “I want us to be a feeder program for high performing high schools.” This is already in the works as students were able to meet the robotics coach from Poly and chat with their team.

It’s not only about high school, It’s about changing perception. There are only two girls in the robotics team. Glotfelty wants people to have multiple answers to this question; can you name an American female scientist? “Girls already have these skills. At times, they are more focused,” says Glotfelty. “But there is a perception that robotics is a boy thing. I want to change that.”

PPCS focuses “on making sure that each student has a voice,” said Kramer.  Traditionally in schools that has meant music, art, dance. “What robotics has revealed to us is how science and technology is as much of a creative art and a vehicle for self-expression,” said Kramer. “One student, who is slated for Baltimore School for the Arts, was thrilled with the experience. Something that would not have happened if we just focused on being traditional.”

The PPCS team was able to work with teams from other countries and won qualifying matches and skill challenges, but the championship winners were two co-ed teams from Singapore and China. That’s not deterring the PPCS team. They met their goal:  attend the world championship, learn from the best, understand how it works, and become comfortable because— they will be back.

Check out the BCPS/VEX link to support a local robotics team or start one at your school.

y of central maryland is looking for LEGO-loving volunteers

THINGS TO DO WITH KIDS IN BALTIMORE THIS WEEKEND! 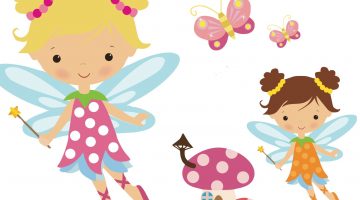