finding solace on the stoop

Stooping is a Baltimore tradition.A simple act that helps to foster community, build relationships and keep an eye on the safety of the neighborhood. Exactly a year ago, I wrote about the resurrection of Stoop Night in Canton:

In the era before smart phones, home computers, and video games, kids in Tommy Bee’s West Baltimore would spend most of their time outside — and parenting was done by all. Now a resident of Canton, he found that that sense of community and togetherness was lacking. After what seemed to be a rise in crime in the neighborhood last summer –which brought with it a sense of fear of strangers– he definitely felt the loss of that childhood ideal.

On Tuesday, you could see people walking hand in hand, jogging, pushing strollers, riding bikes, and greeting each other as they passed. Tables were set in front of homes, welcoming large gatherings. There was a sense of solidarity, a feeling  relief in shared stories, feelings, and food.Stoop Night normally occurs on Wednesdays in the southeast communities. Knowing that we all needed that sense of community more than ever this week,  several residents – including Kerry DeVilbiss and Max Armstron – took social media and listservs {the modern-day phone tree – – remember those?}  imploring everyone to turn out on their stoops on a Tuesday night. After the events in the city Monday, simply checking in with each other carried with it a strength and comfort we all longed for.

The vibe in my neighborhood {Canton} this night was was much different than it had been the night before. On Monday, people weren’t on the streets; posts on the neighborhood page were fearful and there was much talk everywhere of taking shelter outside of the city that night. On Tuesday, you could see people walking hand in hand, jogging, pushing strollers, riding bikes, and greeting each other as they passed. Tables were set in front of homes, welcoming large gatherings. There was a sense of solidarity, finding relief in shared stories, feelings, and food — on the stoop.

One neighbor – Molly Burger – said that she wanted to shake off the fear of the previous night and spend a beautiful spring evening among friends. Another – Joshua Timothy – was moved by the community coming together to clean up the city that day, working for a common goal. He shared that spending this evening on his stoop, meeting new people reminded him of the “stronger presence in Baltimore – the community.” Others felt it was a nice distraction from the news and chaos; a return to a sense of normalcy. The welcome ring of laughter echoing through the streets replaced the drone of helicopters overhead, sirens in the distance. Whatever their reason, people ultimately came out to be together.

Baltimore has many faces – some of the less pleasant ones have been splashed across the national news lately – but for residents of ‘SE Baltimore’ things like Stoop Night show us what we really can be.  So many love this city; they love their neighborhoods. While we acknowledge that not everyone can relate to or make sense of what happened, we can still work together toward a stronger, more united Baltimore. In short we can BeMORE.

See you on the stoop next Wednesday night!

Next post skip cooking tonight. dine out in baltimore. #BeMoreFamilyEatOut

after the riots: what now? what next? baltimore schools respond

baltimore is open for business! show your support for local businesses 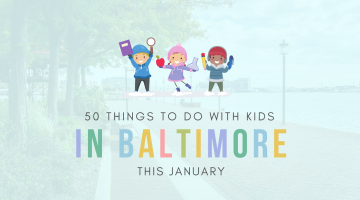 50 Things To Do With Kids in Baltimore This January