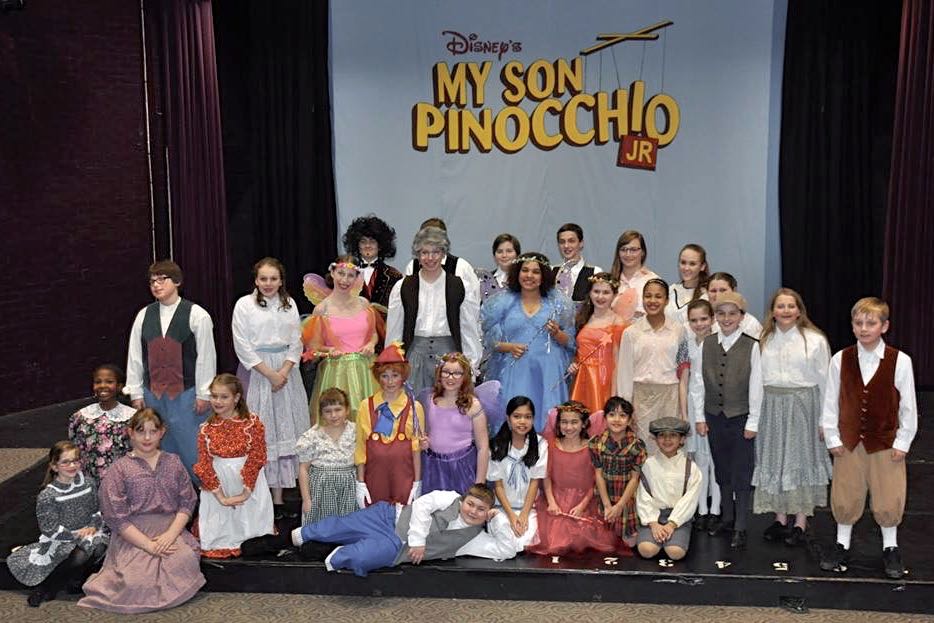 When you wish up on a star
It makes no difference who you are
Anything your heart desires will come to you…
Like a bolt out of the blue fate steps in and sees you through.
When you wish upon a star your dreams come true.

This is what the Blue Fairy and Jiminy Cricket sing to Geppetto as they bring to life his wooden puppet Pinocchio. Most of us are familiar with this Disney Classic and like all Disney stories it ends with a happily ever after. That is… until now.

The pursuit of dreams is alive and well at the Children’s Playhouse of Maryland production of My Son Pinocchio Jr., a musical created for Disney by David Stern and Steven Schwartz, who also made the original, for children’s theater. We witness a disgruntled Geppetto attempt to return his wish because it did not meet his expectations. This Disney “sequel” parallels The Adventures of Pinocchio but from Geppetto’s point of view.

Myself — a former Disney annual pass holder having just returned from my fourth Disney Cruise Ship vacation (I was a fan before having kids) and quite impressed with their Broadway-style entertainment — I was curious to see the children’s theater version. Me and the other two adults in my party were impressed with the quality of the voices, the precision of group numbers, the costumes, and overall delivery with the majority of the diverse cast being under 15. Most importantly, the two, 3.5 year old critics in my party (who usually can’t sit for long)were completely enthralled sitting, clapping, and laughing for the entire hour and fifteen minute show (with a 15 min intermission).

This was no school play.

Themes such as accepting children for who they are, individuality within families, and communication between children and parents engaged the packed audience of older children and adults. The large cast of students from Baltimore City and County ages 6-18 captivated their audience counterparts with impressive musical numbers, animated monologues, and deadpan humor. 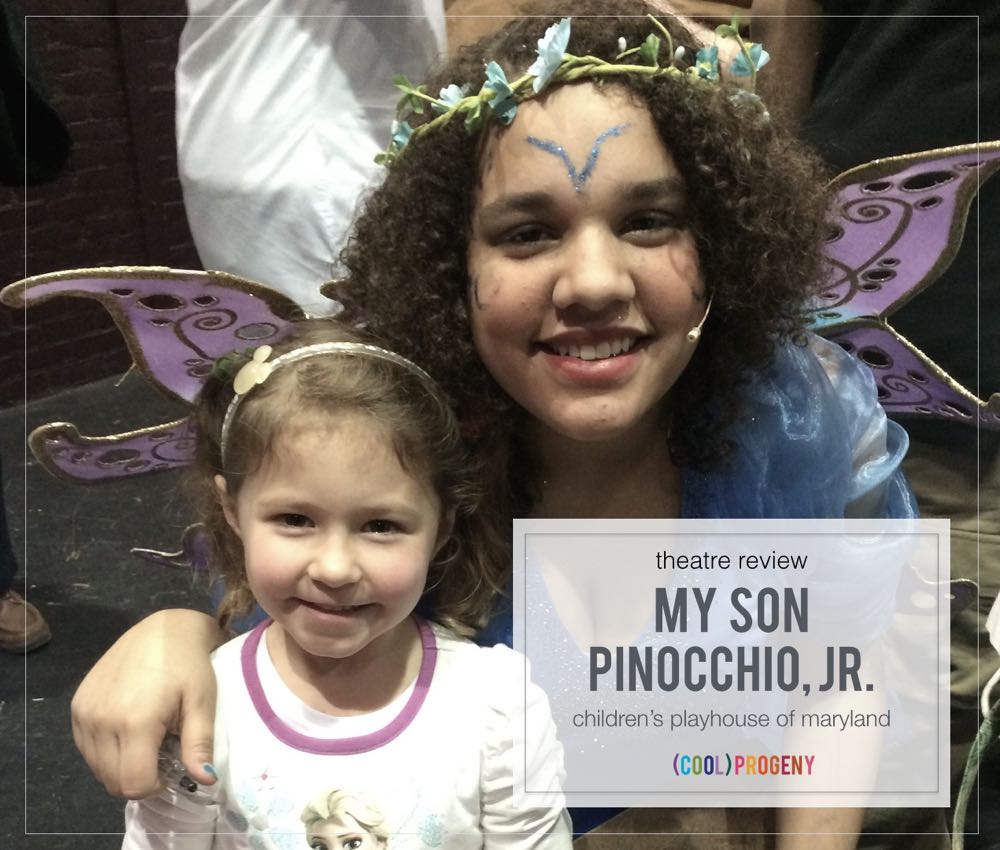 Kudos to director Liz Boyer Hunnicutt for making it seem effortless to direct a group of children of all ages towards one common goal. Here is where I came to understand that this was not just fun and games for the young cast but training camp for real dreams.

For most of the cast this was one of many productions spanning their elementary, middle, and their high school life. All game for the limelight and well on their way as students in Baltimore’s School for the Arts and other dance and art programs across the city and county. Some, like the passionate and driven BSFA student William Hornby (Geppetto) gushed with enthusiasm when asked why he did this, “There is nothing else I can see myself doing.” His passion is matched by his family, who hold split residences in Taneytown and Baltimore City to support his demanding practice and performance schedule.

Others, like eleven-year-old Olivia Lockett (Pinocchio) — who also sang the national anthem this past summer at the Star Spangled Summer — mesmerized with her solo. “I love it here. I get to meet a lot of new people and it’s fun,” she said. Seventeen-year-old theater major hopeful Kate Lutz surprised the adult audience repeatedly and was reminiscent of Lily Tomlin with quick and precisely timed deadpan humor. And fourteen-year-old Andersen Gray, who gave the Blue Fairy a modern spin, reveled in her first leading role.

True to Disney style magic these aspiring professionals and role models were available after the show. Some, not much taller than my toddler, knelt down to ask about which parts of the show were the kids favorite, sign autographs, and take pictures all with the true joy of children being allowed to pursue their passions, challenge each other, and live out their dreams. A real ending to a fictional story and an inspiring one for little ones new to theater life.

The Playhouse is located at CCBC in Essex in a small theater that allows you great views regardless of where you are seated. Definitely families friendly with tickets at $10, free parking, show time at 1, and classic family snacks during intermission. Also, if you like what you see or are already a proud and supportive stage parent looking for more opportunities, The Maryland Children’s Playhouse has summer camps, auditions and classes for ages 6-18 all year long.

I will definitely be returning for more!

Children’s Playhouse of Maryland’s production of My Son Pinnochio, Jr. runs Saturdays and Sundays through March 22 at 1 PM at CCBC Essex. Tickets are $10 per person.

Many thanks to Children’s Playhouse of Maryland for inviting us to see the show!

Next post in the edventure lab: so awesome wallet cards

60 Things to Do with Kids in Baltimore this May 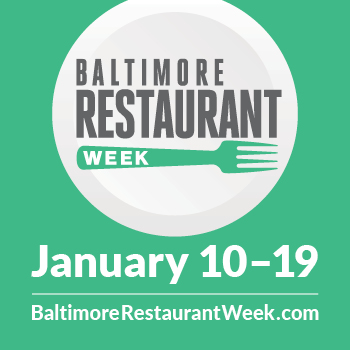 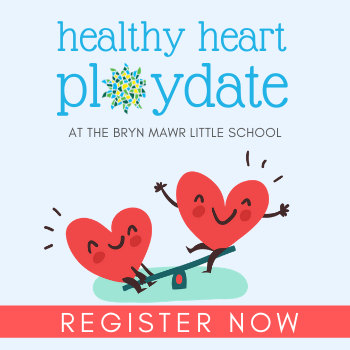 COOL TOT TIME | Hang On To Your Mittens

Looking to get out of the house next Saturday? We 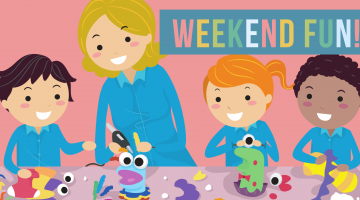