video game wizards at the baltimore museum of industry 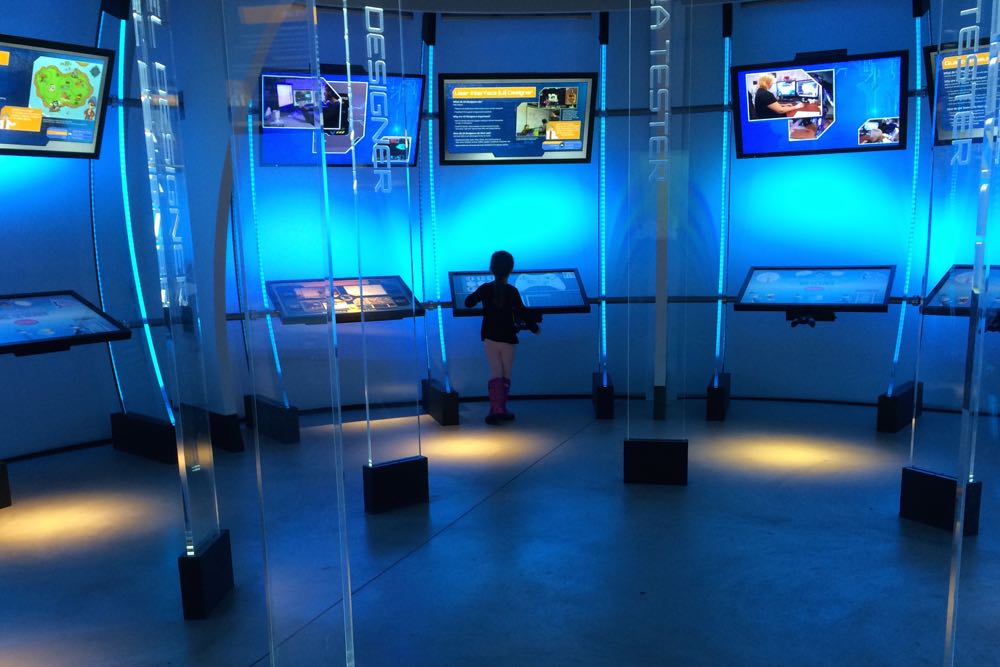 When I think of industry in Baltimore, I think Hess Shoes, Domino Sugar, Stieff Silver, Under Armour, or McCormick Spice.

Video games? That had never come to mind.

So it’s fitting that the newest exhibit at The Baltimore Museum of Industry explores the world of video games and how they are created, making the entire process accessible to kids and their-not-so-video-game-savvy parents. {Confession: I’ve never really been all that into video games. I mean, I played Super Mario Brothers a handful of times, jumped on the computer to play Oregon Trail whenever a teacher would let us, remember finally winning the Legend of Zelda, and know education apps for my very young kids … but that’s pretty much where my video game knowledge ends. With fifth grade.}

Video Game Wizards—Transforming Science and Art into Games provides an interactive environment where visitors can explore how their talents, skills and passions could lead to a career in the interactive entertainment industry. The exhibit’s six stations provide an opportunity for visitors to meet game makers and learn about their roles, while making and customizing a game using the skills demonstrated at each station.

While the lights and sounds of the exhibit excited my almost-two-year-old,  it was my five-year-old who was mesmerized by what she learned. We visited the museum on a quiet Saturday morning and practically had the exhibit all to ourselves. Together, we went through each of the six stations and learned the different roles of game makers (user interface designer, level designer, artist, programmer, quality assurance tester, and audio designer). I loved that the game maker profiles featured women as the artist and quality assurance tester, an especially important message to my impressionable kindergartner.

Video games are not just for boys.

What really surprised the Bug? The fact that video games ARE a conversion — or collaboration — between art and science. All of those apps she plays on her iPad have an artist behind them. For a little girl who loves to draw, that was a huge realization.

The futuristic design of the Video Game Wizards area (there is a bit of a ‘beam-me-up, Scotty’ feel to it!) is a distinct departure from the BMI’s other exhibits, which depict the Industrial Revolution and other industry-specific moments in Baltimore’s history. We started our BMI edventure in the printing press room with 86-year-old Ray Loomis, a 20 year museum volunteer who has been a printer for more than 60 years. He showed the Bug how the original printing press worked and even made her a bookmark — and then demonstrated how technology changed with the Linograph Machine.

Ending our visit in Video Game Wizards provided a visceral demonstration of just how far technology has come. With a palpable “WOW” for our kindergartner.

Don’t you love when learning is fun?

Tags: baltimore museum of industrykids + technologythere's an app for that

Get FREE Admission to Museums on Smithsonian Magazine’s Museum Day! 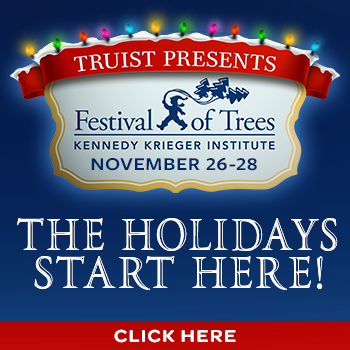 It's the Most Wonderful Time of the Year at Festiv 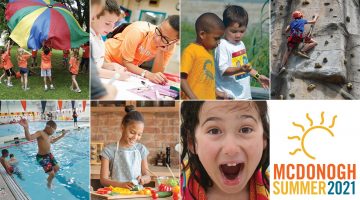