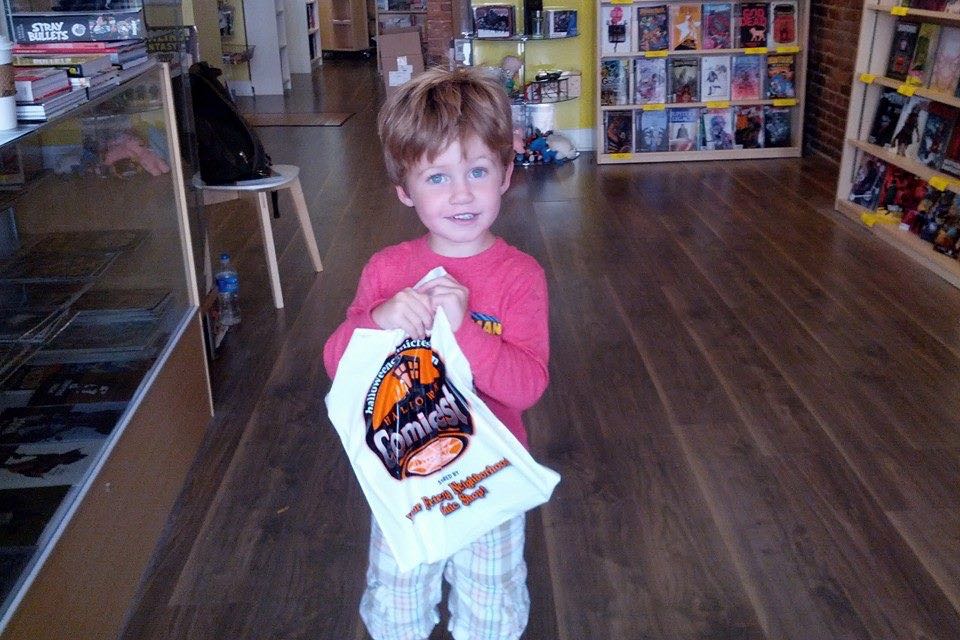 One day at the library, we picked up these mini marvel comic books for my 3.5 year-old-son, who is superhero OBSESSED! They were a huge hit with him, but man did they get old with the grown ups who had to read them to him over and over and over and over and over again. We needed a change, but he loved them so much we wanted to stick with a similar theme. So on a whim, I decided to take him to Gorilla King Comics in Fell’s Point.

The boy was in heaven, reaching for every comic he could find.

Unlike some cramped comic book stores I’ve been in, this one was spacious, bright, and nicely laid out. {{However, I imagine that there were some moments when the man behind the counter was cringing when my kid’s grubby little hands were reaching for some of the comics!}} They also had a great selection of books of the non-graphic variety, collectible card games, and other merchandise.

Even though they didn’t carry any of the books from the line we borrowed at the library, Ian, the owner, was really helpful in offering alternate suggestions for both my son and my 6-year-old daughter.

The store is definitely more open and welcoming than many of the cramped, dark comic stores I’ve visited in the past — although the owner still has some panicky moments when kids handle the comics since some people do like buying them in mint condition!
While the store doesn’t offer any specific activities for kids, they do participate in Free Comic Book Day, which is an event that occurs nationally on the first Saturday in May, and a Halloween Comic Fest. Both of these events are appropriate for fans of all ages!

We all know that some comics can be dark, violent, graphic — and definitely not G rated — but Gorilla Comics carries plenty that will appeal to the younger crowd. The most popular comic for the 7-15 age group is Adventure Time, but Ian also recommends titles like Mouseguard, Bone, Spera, and The Last Unicorn.

If you aren’t familiar with the comic world and your kids are showing an interest, he suggests you read everything they are reading since the comic book rating system can be vague and varied. Even if it looks age appropriate, you might want to peruse it yourself, just to be sure.

If you want to take your cape obsessed kid to a great store with a super helpful and welcoming staff, definitely keep Gorilla King in mind! They’ll be able to point you in the right direction and help you find something your kid will love.

Next post 20 things to do with kids in baltimore this winter!

Previous Article I Have a Dream: Books About Martin Luther King Jr. 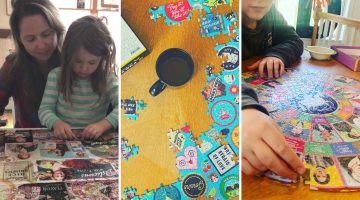