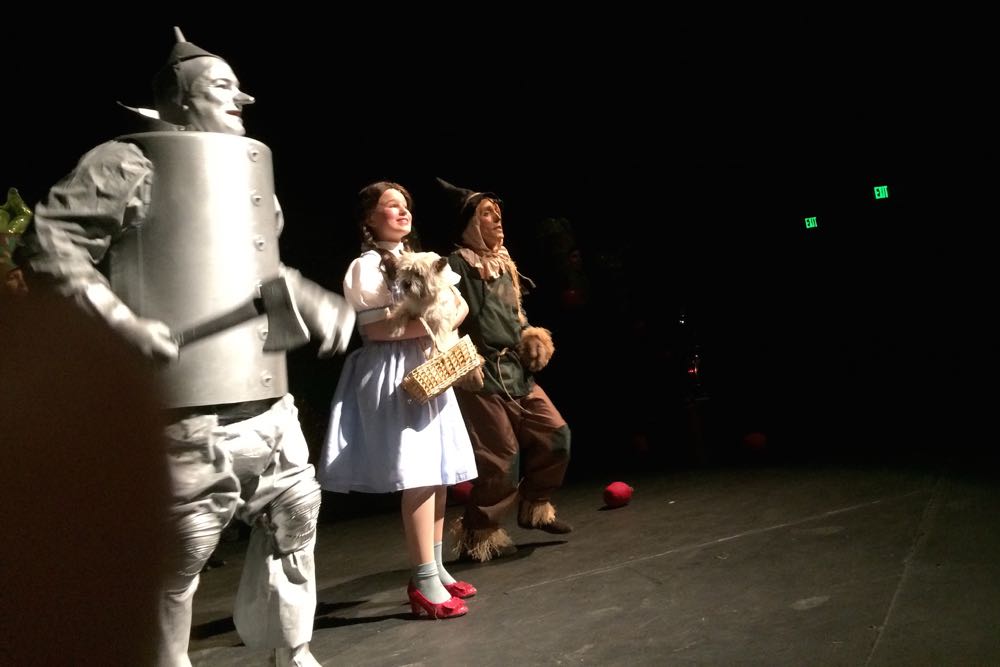 The Bug sang and danced her way out of the theatre to the car — and then all the way home.

If you couldn’t guess, she LOVED Charm City Players’ The Wizard of Oz.

This charming production has all of the hallmarks of the classic movie we all know and love — including Judy Garland’s diction (which leading lady Brielle Herlein seems to have channeled for her own interpretation of Dorothy). One of my favorite parts of the production was the colorful munchkin choral number “Ding Dong the Witch is Dead” — which inspired several of the munchkins in the audience to get up and dance as well. You can’t plan spontaneous elements of audience participation in live theatre. The mere fact that they happen means there is something special about a particular production. 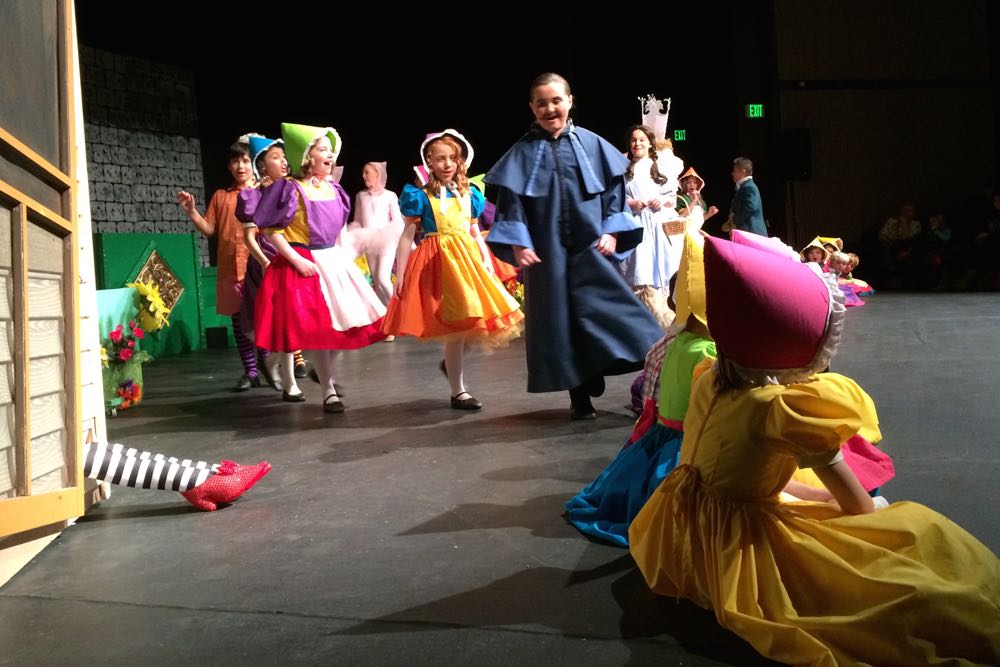 The Bug liked how the witch dies in the end; it’s no spoiler alert to know that she melts. But how she melts? You’ll laugh.

It’s those pristine moments of comedic timing that make something potentially terrifying to young kids (the creepy Jitterbug dance that got cut from the movie version… being chased by a wicked witch…) a fun theatre-going experience for the entire family. After I finally relented and let the Bug watch The Wizard of Oz movie version a few months ago, we had quite a few scary middle-of-the-night nightmares that had to be soothed. After this production? The Wicked Witch was the one character she wanted to pose with post-show. Luckily, Amanda Lee Magoffin happily obliged. 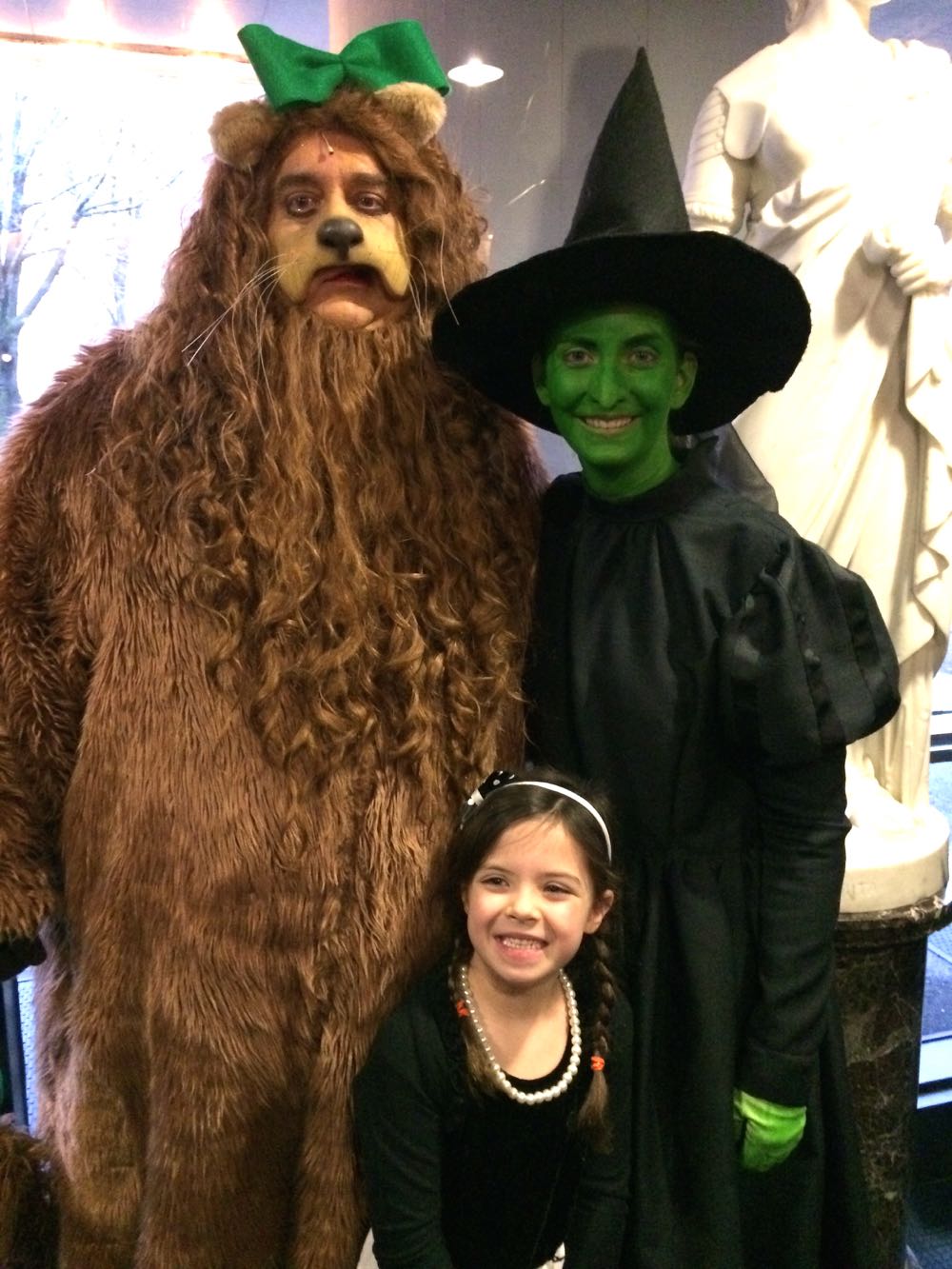 Your kids will get a kick out of Jason Eisner’s ‘loose-leg dancing’ (he plays the Scarecrow — and “loose-leg dancing” is a new Bugism. Pretty much sums it up, though!) and want to give Michael Zellhofer’s loveable Cowardly Lion a squeeze.

According to the Bug, Scott Herlein’s Tin Man will “melt your heart.” 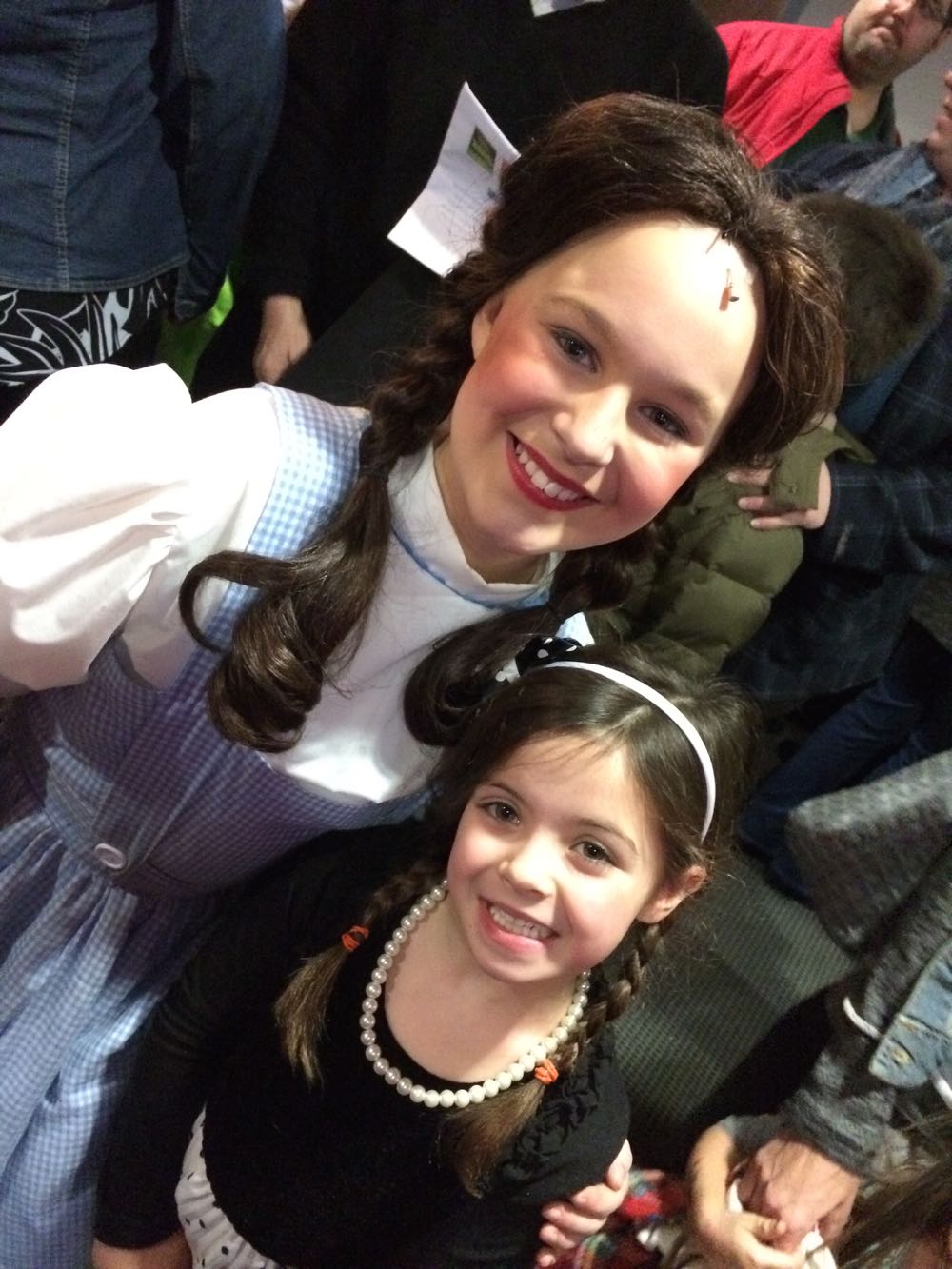 Personally, seeing their The Wizard of Oz was a bit of a trip down memory lane, as cliche as that sounds. The last time I saw the live production was our middle school — and I was IN it.  {{My mom made me a glittery peach gown to play the good witch… not quite as elaborate as the one Christina Napp wears in CCP’s production… which was another thing the Bug noted. Her pink ballgown is five-year-old glittery fabulous.}} Ironically, the music director for Charm City Players’ show was the same accompanist for every middle and high school choir concert I ever performed in…  Smalltimore.

So of course, after hearing that I performed in plays as a kid, our constantly-performing Bug wanted to put on a show when we got home.

“As soon as you can get the Glinda dress from Grandma’s house, Mom.”

Charm City Players’ production of The Wizard of Oz wraps this weekend — so be sure to nab your tickets! Catch it on Saturday, January 10th or Sunday, January 11th at 2 PM. Tickets are $15. Performances take place at the Hannah Moore Arts Center at St. Timothy’s School.

Many thanks to Charm City Players for inviting us to see the show!

(cool) schools: Nature in the City at Hamilton Elementary/Middle School