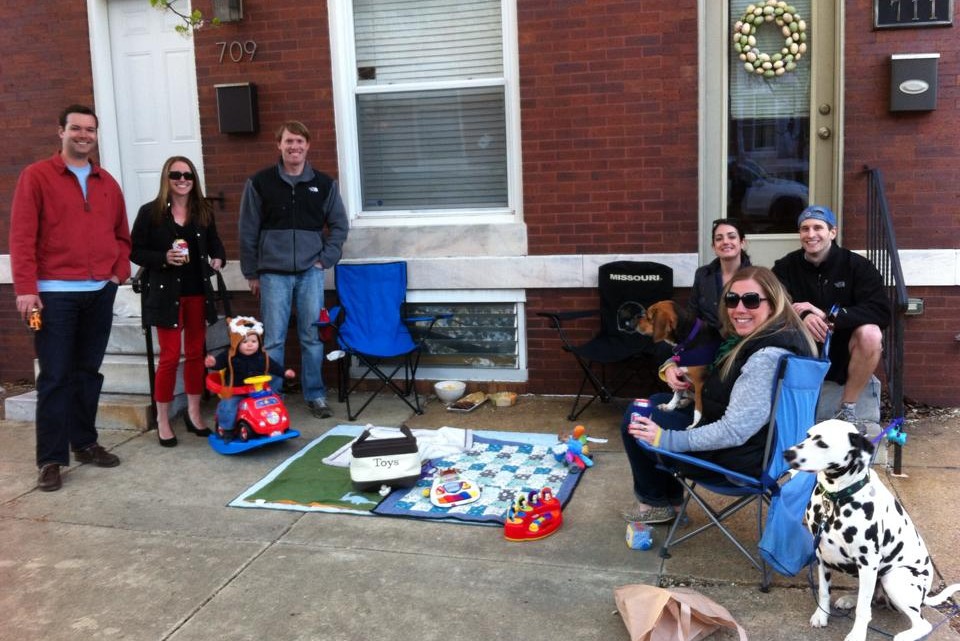 In the era before smart phones, home computers, and video games, kids in Tommy Bee’s West Baltimore would spend most of their time outside — and parenting was done by all. Now a resident of Canton, he found that that sense of community and togetherness was lacking. After what seemed to be a rise in crime in the neighborhood last summer –which brought with it a sense of fear of strangers– he definitely felt the loss of that childhood ideal. When another neighbor, Victoria Stewart, mentioned on the Canton Facebook page bringing back the tradition of people hanging out together on their stoops, he “loved the idea and ran with it.”

Thus Stoop Night was born in Canton. Wednesday nights, in pretty much every season but winter, people are encouraged to go and just simply hang out on their stoops, meet their neighbors, and create that “Spirit of Baltimore” that seems to have been missing from Canton lately. It’s promoted on the Facebook page and some people will pass out flyers to their neighbors. Eventually Tommy hopes to increase participation by incorporating theme nights and events. I remember last year there was a pumpkin carving challenge issued between blocks in October.

Personally, since most people on my block don’t stoop, we rotate locations with 3 of our neighbors from other streets. Each person hosting that particular week will serve dinner outside (weather permitting) and, personally, I invite anyone walking by to partake. This week I served turkey chili with all the fixings, chicken nuggets, and brownies.

The kids love having the chance to play outside and stay up late and parents and other adults love having a chance to talk, knowing there are several sets of eyes on said kids. We bring out scooters, chalk, and bubbles, though the kids tend to just enjoy racing each other up and down the block. Even local businesses have gotten involved and have taken to the streets with traveling appetizers and by offering deals on takeout. To the delight of my children, the ice cream truck, which usually comes after my kids are in bed, also made an appearance.

I believe there is a bit more camaraderie in the hood since this began last year. At least on Wednesday nights. So I urge you, if you’re a Canton resident, come out to your stoops on Wednesday nights or take a walk and join a rollicking group already in progress. Make some new friends, have a drink and break bread with your neighbors. If you don’t live in Canton, maybe take to your community groups and start this tradition in your own neighborhood! This is our first step in breaking down those barriers and promoting that Baltimore Spirit that might have been slowly fading away.

Next post it's a small world: baltimore bilingual story times and other multilingual opportunities for kids

finding solace on the stoop 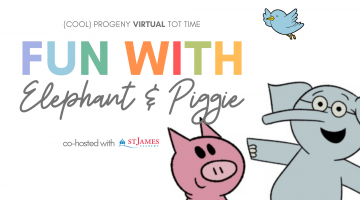