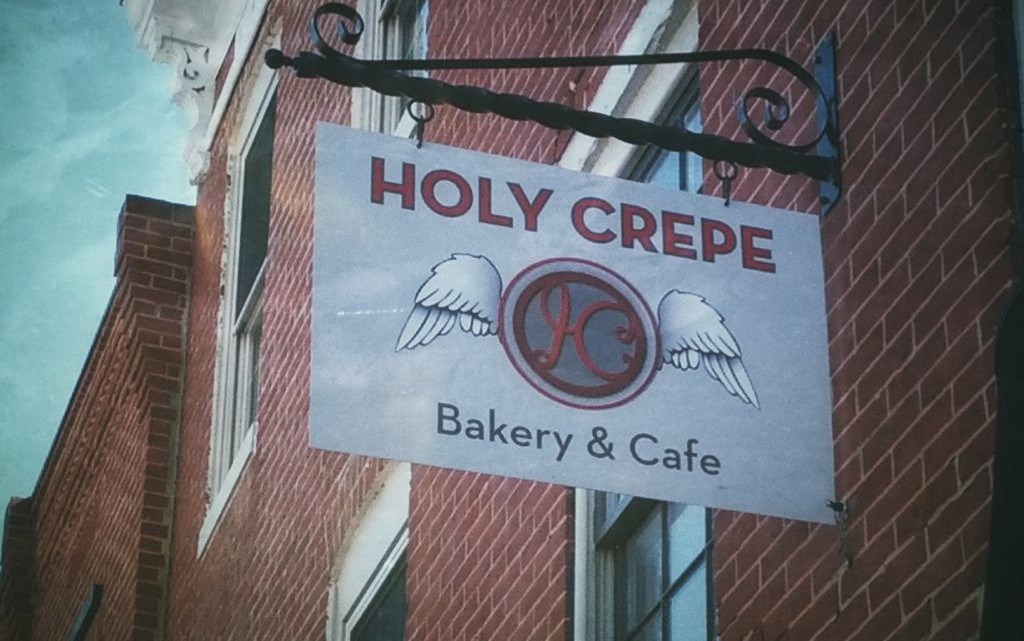 Looks like there’s a new crepe place in town! At the end of December, Holy Crepe opened on O’Donnell Square in Canton to very little fanfare. I only knew it was there because I drove by a few weeks ago.  It’s embarrassing to admit — but it took me a while to get the joke in the name. Pretty hilarious though, right?

The kids were off for Presidents’ Day and, since they were both sick, no bouncy house or other usual activities for us. After a trip to the Target Clinic with fresh diagnoses of ear infections, I dreaded going back home for more hootenanny and general house destruction after far too many snow days.  I decided to take the opportunity and check out Holy Crepe.

The space is small but laid out well. Two tables on the first floor with a counter full of delicious baked goods beckoning to you just steps from the front door. There are also about 4 tables and couch seating on the second floor. You order at the counter and they  bring delicious crepey goodness to you (great if you’re dining with kids in tow!). We were there around one o’clock in the afternoon and were never the only customers. Service was super speedy, so that’s promising. 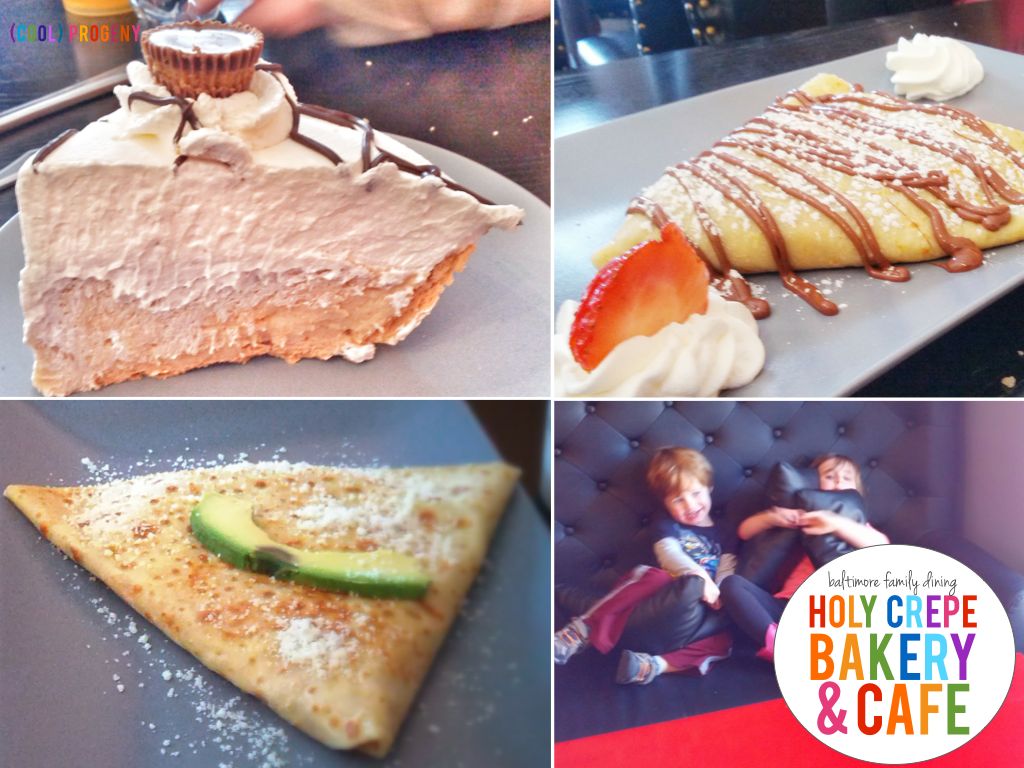 We got two modified savory crepes: ham and cheese, and turkey, avocado, and cheese. Both originally came with egg and the turkey came with tomato, but I thought that might be a harder sell with my tomato-averse kids. I don’t know if I made the right call, but I DO know that they devoured these things faster than I expected. I think the only reason I had a semblance of a lunch was because they preferred the turkey (which was delicious), so I was able to eat at least half of the ham. The deli meat inside the crepes was surprisingly tasty, the cheese creamy, and I really liked the cheese sprinkled on top. I would very much like to try their signature crepes which feature veggie, crab, Greek, and/or Tex/Mex fillings. Since I was sharing my meal with the kids, it just wasn’t the right time to try (a reason to go back!).   Two crepes, a small coke and a bottle of HonestAde cost a little under $20.

For dessert (which ran around $13), I ordered the Nutella and strawberry crepe and a slice of the peanut butter cream pie. It looked amazing!  Normally I don’t get fruit in my dessert, but my kids love berries and I’m selfless like that. They weren’t fresh, plump strawberries (but it’s February, so I don’t hold that against them). There was a nice amount of Nutella without it feeling too overly cloying and was overall a very good crepe. The peanut butter cream pie was LUCIOUS! It had nice light texture, flaky crust, but was still rich. Neither kid liked the dessert crepe (what???), but they ate almost the entire huge piece of pie between them. Oh well, more crepe for me.

Holy Crepe also has a coffee bar, but — sadly — my go-to chai latte was not an option. They had some nice hot tea selections, but I decided to pass.

GETTING THERE: Parking on the square is hit or miss, depending on when you go. Usually during a week day, after the lunch hour but before happy hour, is a pretty good bet.

COST: Crepes range from around $5-$12, unless you want a jam only option, which is a bit cheaper.  The slice of pie was a little over $5.

FAMILY ACCESSIBILITY: Don’t take a stroller, there’s no room. If you’re in the ‘hood and using an ergo or moby, you’ll be fine and the couch upstairs is a nice place to hang out. The bathroom doesn’t have a changing table, but is spacious and clean so if you had a changing pad, it would work in a pinch. They didn’t offer things like straws or lidded cups, which could be a problem for younger kids.

KEEP THEM HAPPY: Nothing in the way of kid activities, but apparently I never fed my kids before because they ate almost the entire time we were there.

Previous Article what's up for the weekend: baltimore kid events 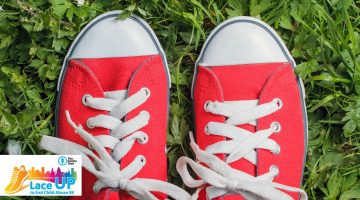