Misty and Bryson Keens love city life — and are raising their two daughters Dylan (6) and Lennon (3) in their Locust Point rowhome. The South Baltimore neighborhood is home to Under Armour and Fort McHenry, birthplace of the National Anthem.

Historically, rowhomes aren’t necessarily kid-friendly without a little creative ingenuity — but that doesn’t mean giving over the  living room to plastic toys and finger paints.  Check out how Misty and Bryson created a fabulous blend of energetic spaces for kids AND adults. Cool family living in Locust Point. 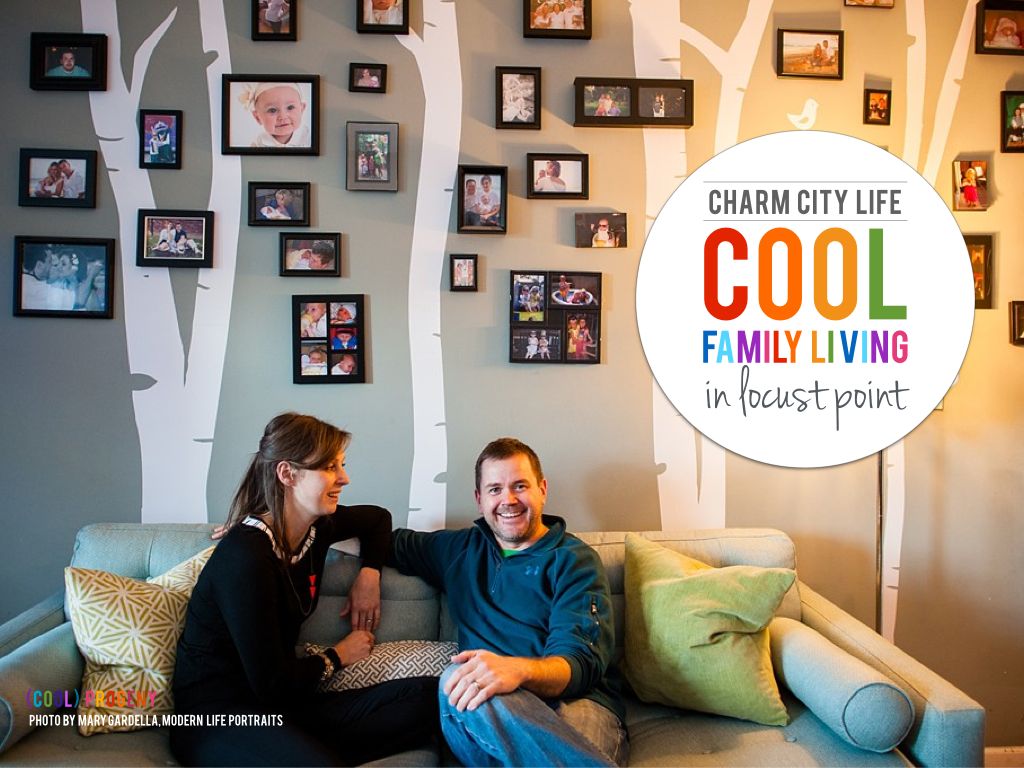 Give us a little history. How did you and Bryson meet? What brought you to Baltimore?
Bryson and I met when we were working together at Roy’s Restaurant in Harbor East.  He came here to take on the Managing Partner position for the restaurant and I came here in 2001 to go to school at UMBC.  I stayed at home with our kids for the last 6 years and just recently began working for the local chapter of the Crohn’s and Colitis Foundation of America.  Bryson is going on 10 years as Managing Partner for Roy’s.

We hear time and time again that families move out of the city because their rowhome isn’t inherently kid-friendly. Why types of things did you do to make your home more kid friendly?
We were very reluctant to give our home over to the kids stuff and when they were young, we searched for the baby products that still looked modern enough to not look so much like bears and rainbows and ribbons and ruffles threw up all over the house.  Later, we succumbed to it, but decided they needed a place all their own to keep themselves and ourselves sane.  We were kinda forced to renovate the basement after a flood but so glad we did because it’s been a great playroom for them.  They like that they have a space all their own and we’re thankful to not be stepping all over their stuff.

Sounds like your home is way different now from when you moved in. What changes have you made?
Our home is pretty different from when we moved in.  Mostly cosmetic, new floors, painted walls, but the basement really took on a whole new look.  It used to be three separate rooms: a living area, an office/den area and a utility room.  We knocked down a wall, put up some others around the HVAC, made some closets for storage and now it’s a completely functioning room.

How have you kept your girls busy during this crazy polar vortex?
I’d like to say that we’ve been doing art, visiting museums, staying cultural and all, but really it’s been too cold to take them out.  They literally have no desire to go outside when it’s below zero.  So we’ve been playing a lot of board games and doing puzzles and watching movies.  Because schools have been closed so often, my office has been closed so I’m trying to balance getting work done at home and entertaining two kids and failing miserably at it!

You mentioned that you’ve recently taken a job with Crohn’s and Colitis Foundation of America. How are you balancing work/life/family/craziness?
Having [the girls] home so often this winter, I’ve really had to cut into “my time” at night when I usually catch up on Downton Abbey or Parenthood, and work later into the night.  Can be exhausting but being new to the workforce once again, I’m still finding my “balance.”

Your thoughts on B’more’s public transportation?
Bryson takes the water-taxi when he’s able to, but getting home late at night from the restaurant sometimes makes it more difficult.  The girls love taking the water-taxi to Fells pt. to hear Pirate Story time from the Urban Pirates ship and they really enjoy riding the circulator bus for any reason necessary!  And Uber has been a lifesaver!  Had they been here seven years ago when I would run blindly to St. Paul St. to grab a cab, I probably wouldn’t have been late to work so often.

What keeps you — and your family — in the city?
There really are a myriad of reasons from entertainment and activities to family advocates like the DBFA, but they all kind of boil down to the sense of community and support families have here in Baltimore.  Because of some great pioneers in my neighborhood, people like Andrea Sommer and Libby Shadis, who began starting playgroups and working to make Federal Hill so family-friendly, there’s an amazing network of families who look out for each other and share resources to continue to foster our thriving city-dwelling families.  I can now look beyond the mentality that “once you have kids it’s time to move out to the county for their sake.”  By keeping a large family presence in the city, we’re showing the young professionals in our neighborhood that they can do it, too, when the time comes.

Your girls share a room. How does that work for your family?
At the time they started sharing, room sharing was the only option we had.  Our home only had two “real” bedrooms.  I couldn’t fathom moving one of them into the basement den, with it’s thin, blue carpet and overhead florescent tube lighting.  So we made it work.  We were nervous that they would wake each other up and it happens sometimes, but they really accepted each others presence quickly and would sleep right through the others crying fit.  Our oldest, Dylan, still wakes up at night several times a week and 9 times out of 10 her sister is none the wiser, even though Dylan has to climb down from the bunk bed they share.  Now, they depend on each other being in the room.  Lennon was very upset one night when Dylan had a sleepover and wasn’t there.  We had to create some special circumstances so that she didn’t feel alone.  Sharing a room has helped them to work more as a supportive unit and to remind them that they’re never very far from one another.

What is your favorite place to go for a date night?
Usually, the couch!  Because Bryson works day in and day out in the restaurant, out to eat is the last place he wants to go.  When we do have the occasion though, it’s usually to Landmark Theater.  He can check in and see how things are going in the restaurant and I can watch a movie that might not have been my first choice while relaxing with a glass of wine.  We both win.

If you had a free day in Baltimore with your kids what would you do?
Depending on the weather, we’d either stroll around Federal Hill, hit up the carousel and the Science Center, take the water-taxi over to Fell’s Pt. and do a little duck pin bowling, or spend the entire day by the pool at the Otterbein Swim Club (the kid’s top choice, by far).  Bryson likes to catch a baseball game but, to his dismay, the girls aren’t really sold on it and just want to spend time in the dugout club and the bouncy castle.  I really love getting to explore all the different neighborhoods at the various street festivals and campus celebrations in the spring.

Next post baltimore family events: what's up for the weekend! 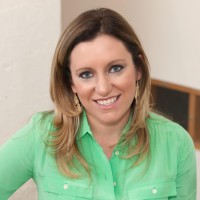 About the Author heather, remax preferred, the ron howard team

Heather is a realtor at Re/Max Preferred The Ron Howard Team -- the perfect place to blend together her ideas of design along with the needs of her clients. She has a background in finance and previously worked as a mortgage lender and accountant for Erickson Retirement Communities. Her passion is reflected in her sincere approach to working relationships, her commitment to her job and her optimism reaching her clients goals . Heather is a native to Baltimore currently residing in Patterson Park where she is extremely active in the community.
Pinterest 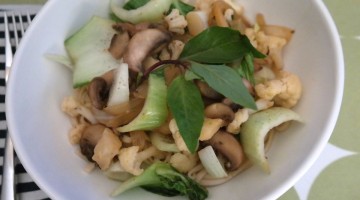