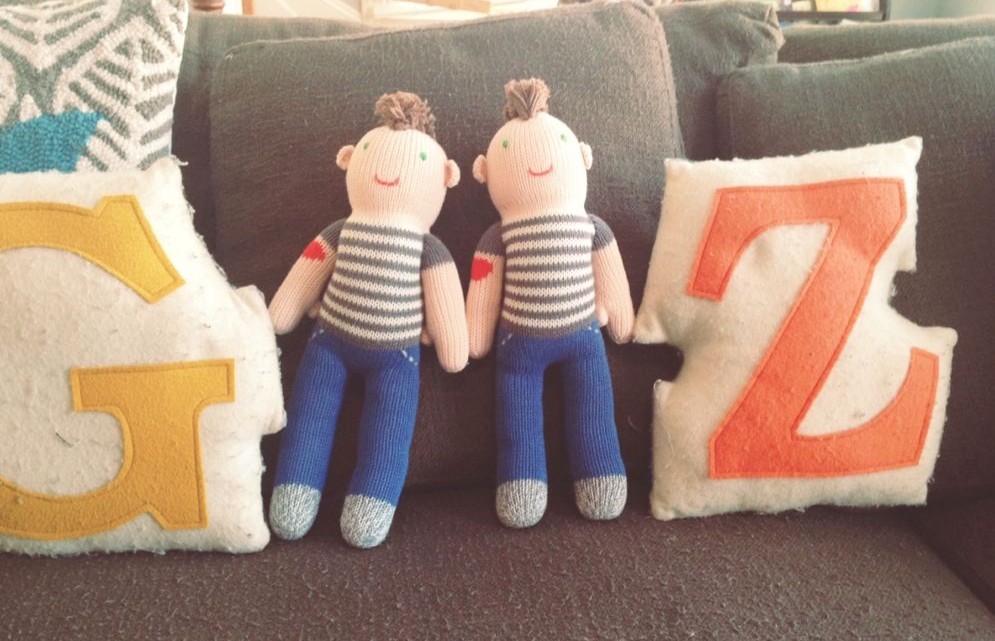 For the first two years of their lives my twins Zeke & Gideon had a big birthday bash with their sister (who shares a birth month with her little brothers.) The first year we had a three-ring circus with jugglers and popcorn (hello, three kids aged 5 and under – can you imagine a better theme?) and last year we threw a big super hero shindig.

But I wanted to keep it simple. (I might tend to go a bit overboard. So, I hear.) I wanted one craft. A fun game. Simple food. And easy décor.This year however, big sister wanted an American Girl party so we parted ways. And in all honesty, I wasn’t even going to throw the boys a party. But then mommy guilt took over and I decided to put together a small bash for the boys and a handful of their friends.

I wanted a theme that was fun, something they could relate to, and was a shift from the usual boy party (pirates, trains, etc.) So, after much deliberation and Pinterest-hunting I decided: numbers and letters birthday celebration.

But I wanted to keep it simple. (I might tend to go a bit overboard. So, I hear.)

I wanted one craft. A fun game. Simple food. And easy décor. 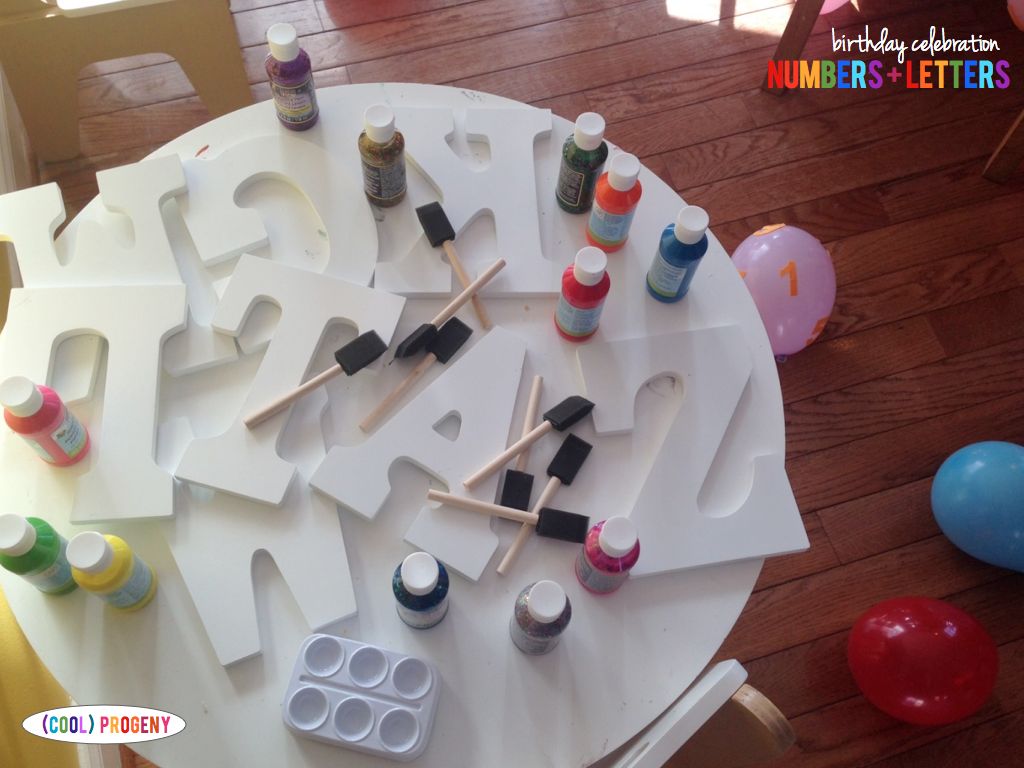 The craft was easy. I picked up wooden letters at a craft shop, along with some paint and we let them at it. 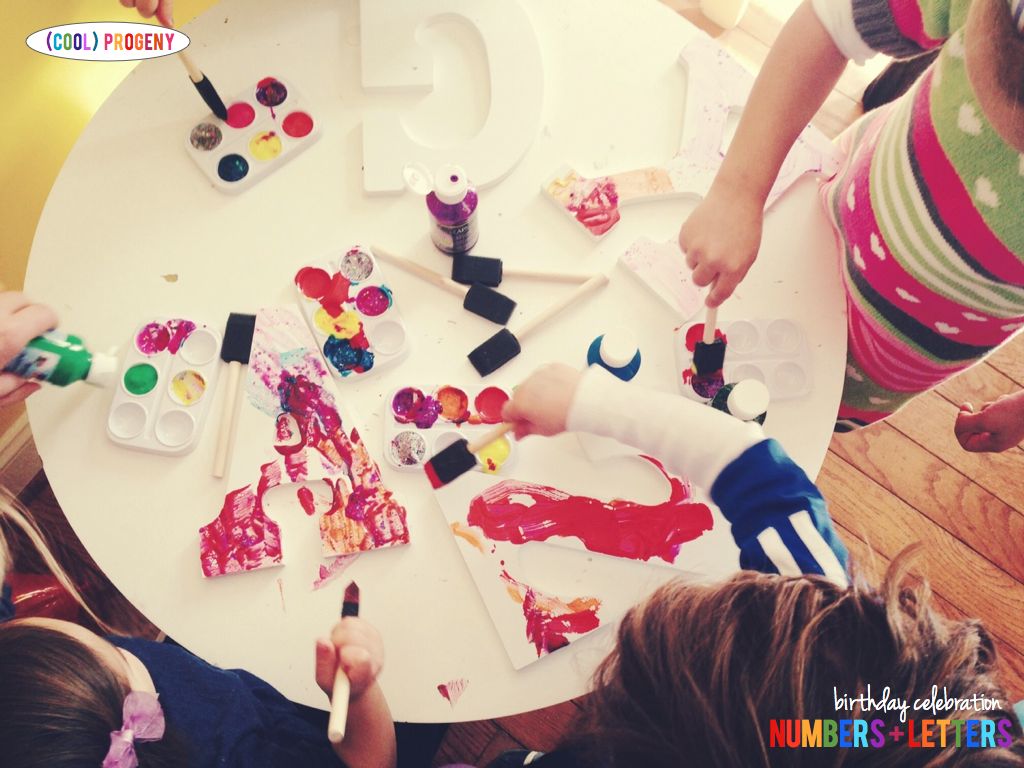 It was the perfect craft for our wide range of ages (from baby to kid.) 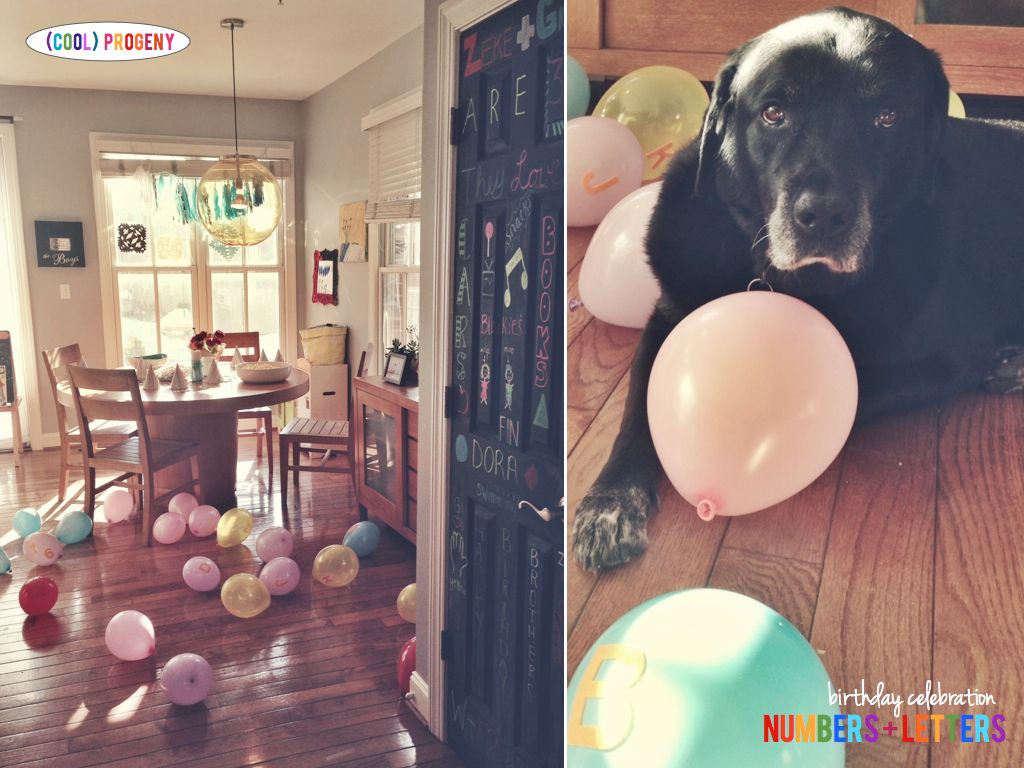 We also blew up 26 balloons and put a letter of the alphabet on each one. Not only did it make it feel like a party, but the older kids loved searching for letters (find the “b” for birthday) and the younger kids loved hunting down the different colors. 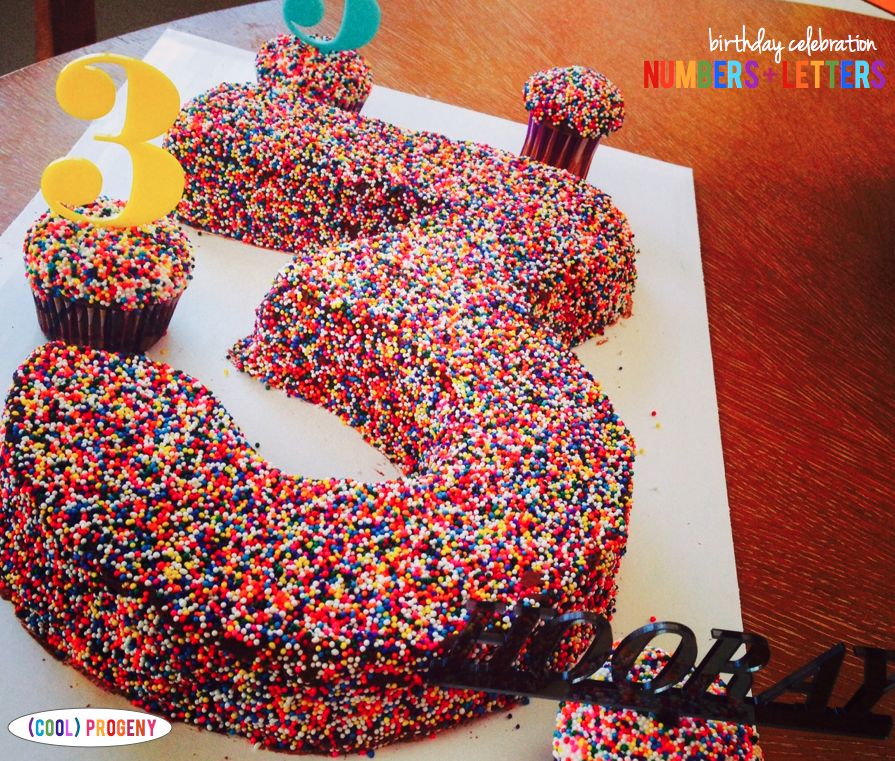 For food I just served pizza with fruit and veggies and hummus. It’s easy to make the # sign with red and yellow peppers. The best part was dessert. Our original lunch (schedule for the boy’s actual birthday) got postponed due to a snowstorm. But I already had this amazing “3” cake from my friend Erica. So we ate it with friends the night of the boy’s snowy birthday. 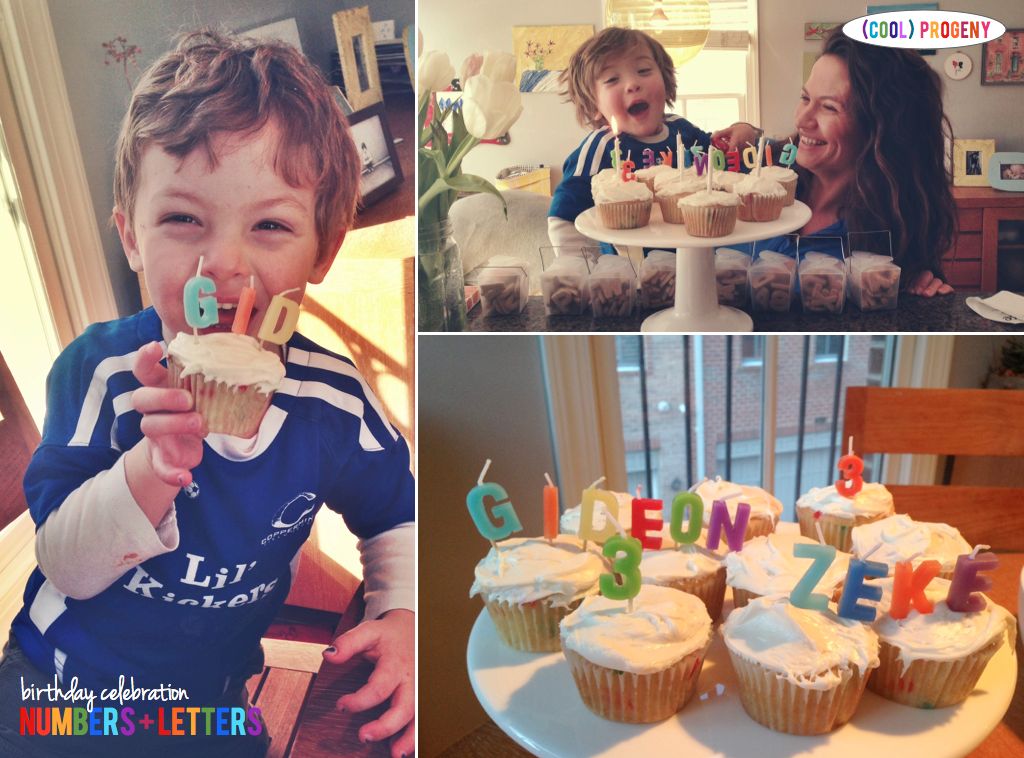 Two days later I made simple Funfetti cupcakes and used “letter” and “number” candles that I picked up from a local Party City. 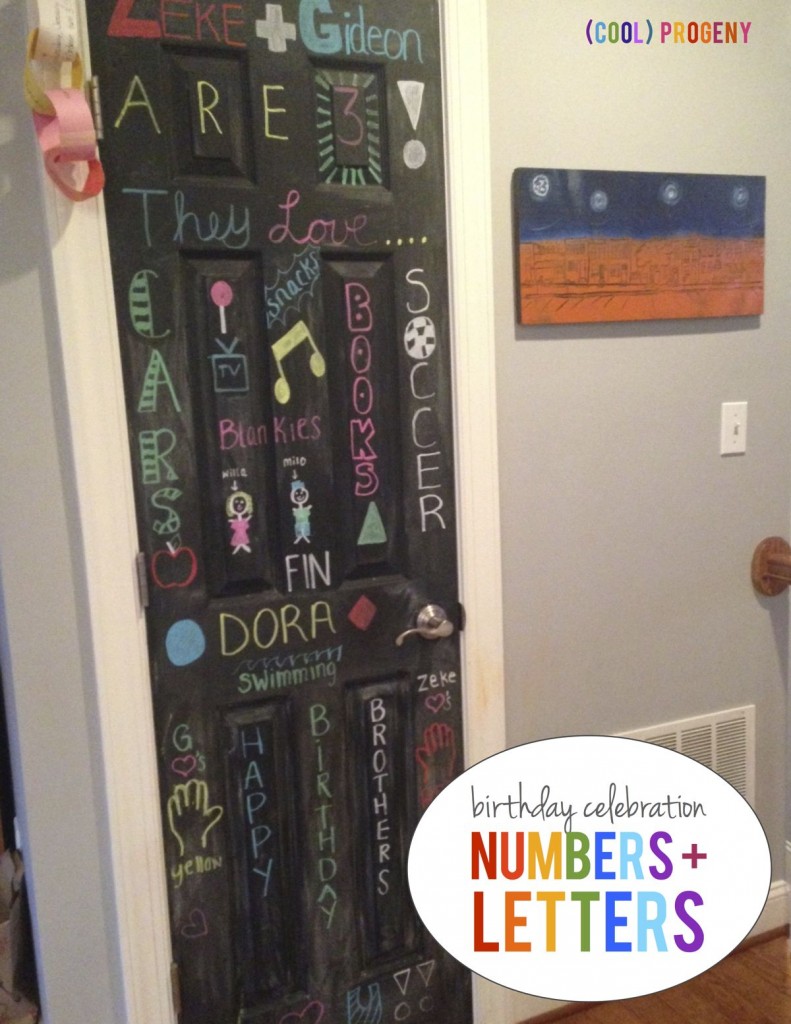 For décor, I had my (amazing, talented) nanny decorate our chalk door using chalk markers. It was the ABC’s of Z&G. 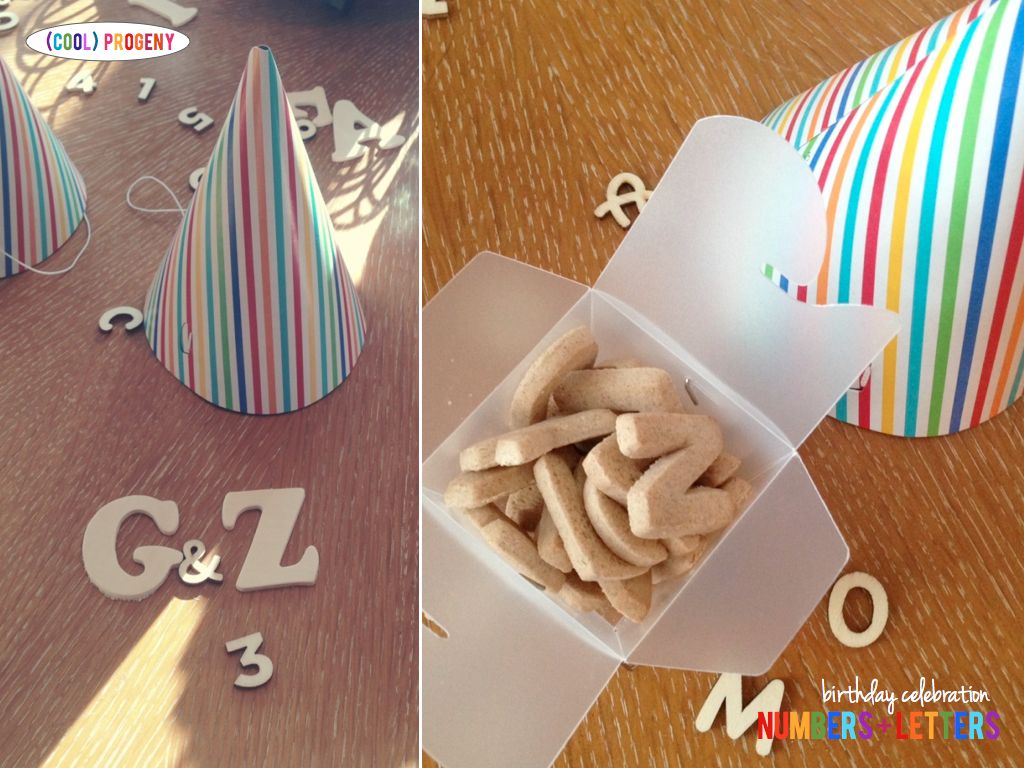 I also bought lots of mini wooden letters and numbers to sprinkle on the table. And I filled little takeout boxes with Trader Joe’s school house cookies and used them to decorate and as small edible favors (the best kind of favor in my opinion!) 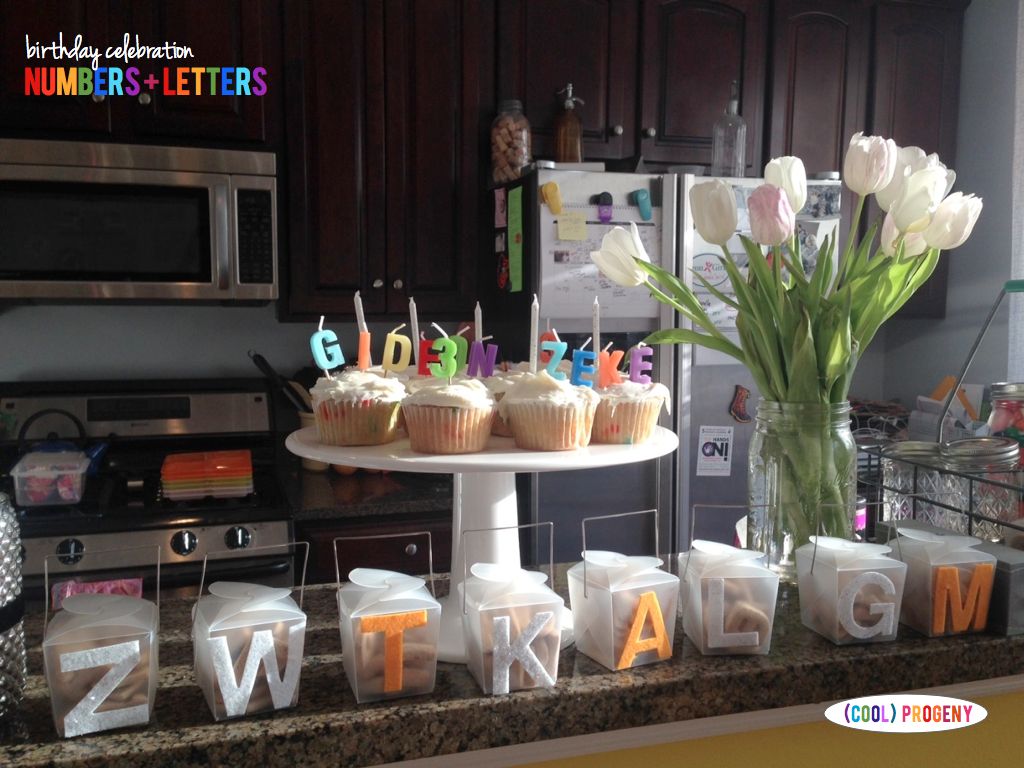 The theme could have kept on going: use silicone alphabet molds to make crayons for each kid, have an ABC treasure hunt, and read this book. 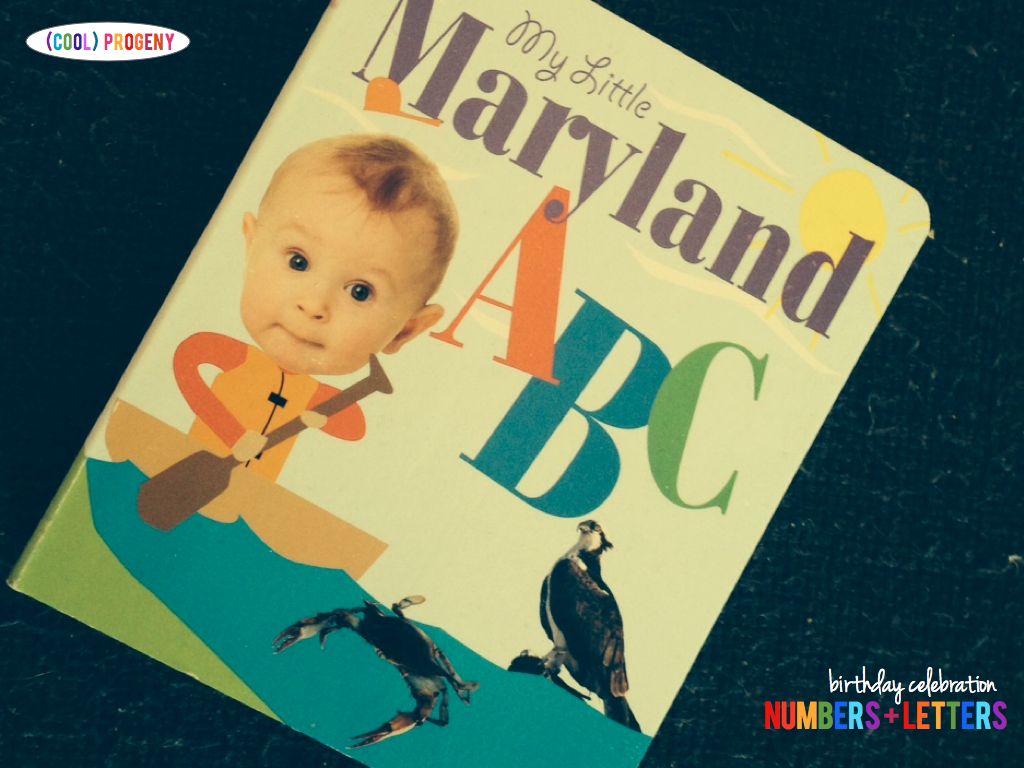 And even though I kind of threw everything together at the last minute, it turned into one of my most favorite theme parties we’ve ever done. 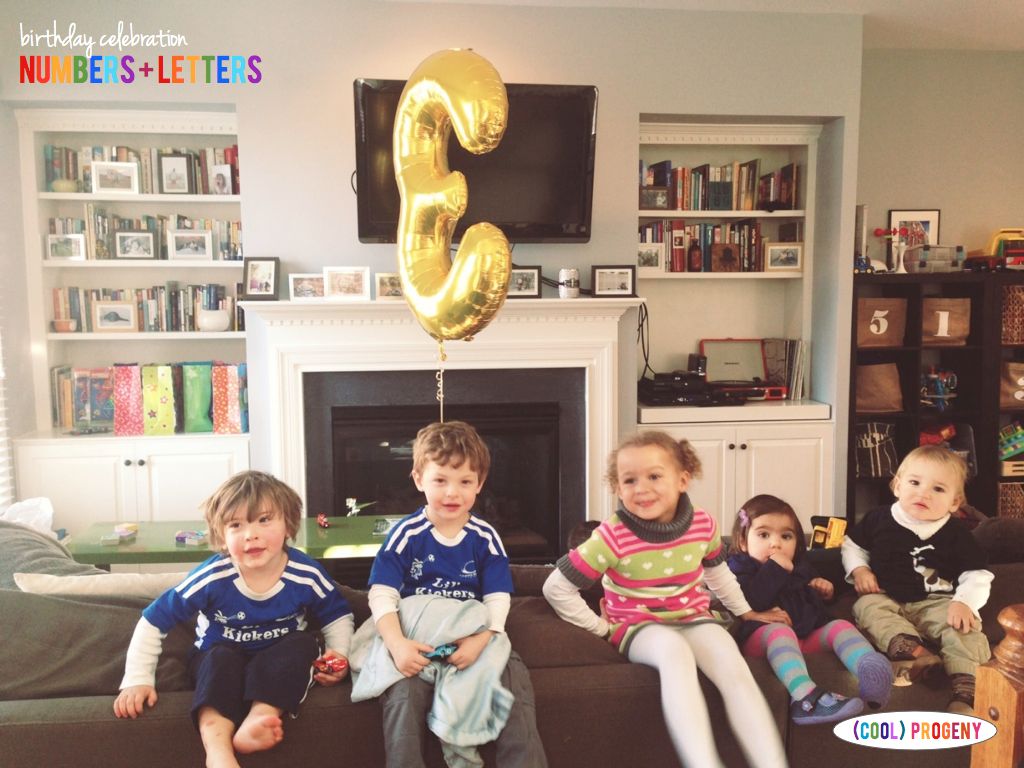 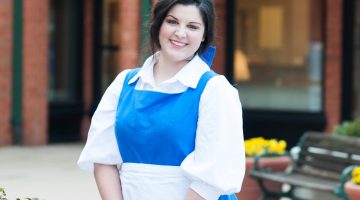