dining with kids: atwater’s at kenilworth 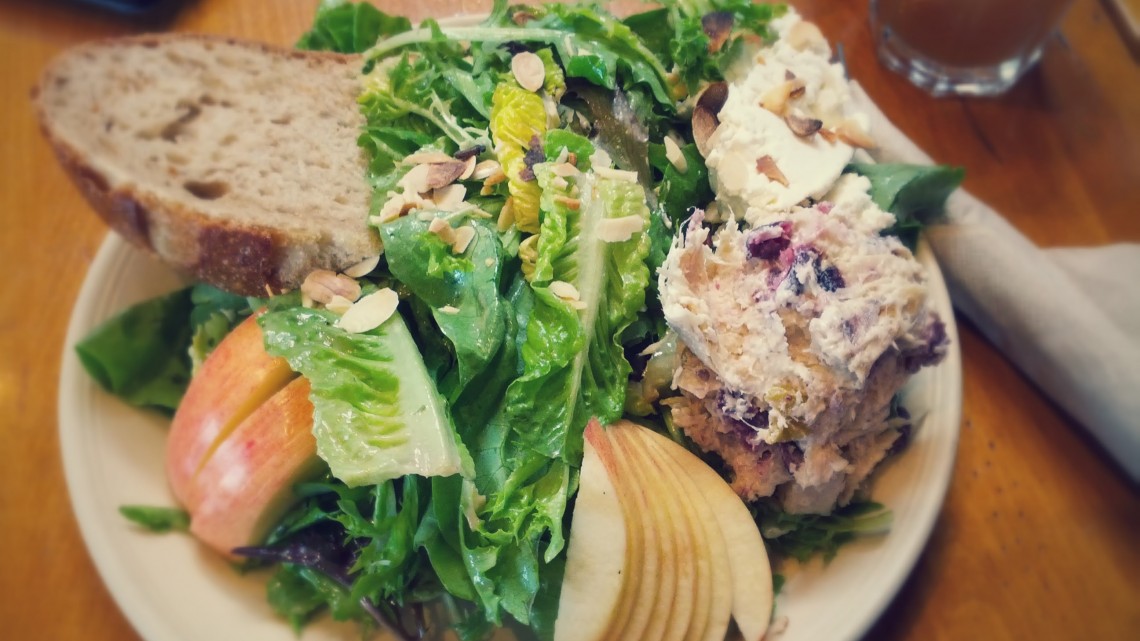 I have a 5 year old child and had never been to see the Santa or the train garden at the Shops at Kenilworth. There… finally got that off my chest.

I rectified that over the holiday season. After having an interview for a private school in the morning, we had already pulled them out of school for the day so what better time was there to go do our annual Santa visit. The visit which inevitably involves my almost 3 year old screaming and us leaving with (or not even bothering to buy) a picture of two children – one smiling happily at the camera and one looking like he’s being pinched on the tushy -that you only really display for the comedy.

After the train display (amazing) and Santa visit (which was mostly successful), we decided to grab lunch at Atwater’s. The cafe is pretty small, but we were early so we were able to snag one of the few tables that could seat 4. The server was incredibly prompt and I prematurely ordered before my poor husband had a chance to even look at the menu. 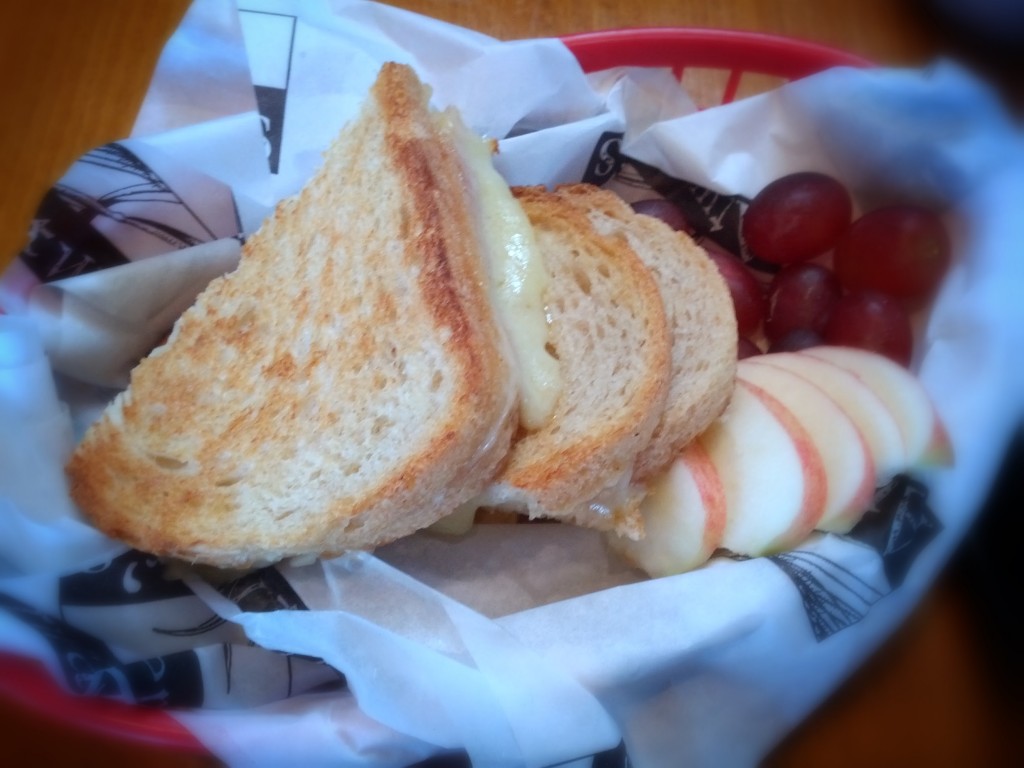 The Kids Meals are a great deal and fresh, healthy alternative to some other places – for under $5 they get a sandwich, fresh fruit, and a juice box. L, my 5 year old girl child, got a grilled cheese, of course, and it looked good but she refused to let me try it. She was disappointed about the lack of french fries, but ate every last piece of fruit so I think she got over it. Mr. B, my almost 3 year old boy child, opted for the turkey and cheese sandwich. He only ever eats the inside of sandwiches, but didn’t care for the cheese.

But he’s wrong – high quality, yummy cheddar should never be spit out!

I opted for the field greens salad with the addition of chicken salad. Boy, did I order correctly! The almond vinaigrette was so light and didn’t overpower the delicious goat cheese, greens, and apples. The creaminess of the cheese really added a nice dimension to crunchy salad. Normally I’m not a big fan of cranberry, but combined with the green apple, they added a nice sweet tartness to the chicken salad that made me sort of wish I just got a bowl of that. My husband’s on-the-fly ordering of the ham and cheddar biscuit was an enjoyable choice but he wished he had more time to peruse the menu (oops) and said he would have probably opted to try one of the soups as well.

We ended the meal with cookies. I got a chocolate dipped macaroon, because you can’t really go wrong with those and this one was small and tasty. Each kid asked for a raspberry shortbread cookie, but only L enjoyed it. Mr. B happily passed his along to his father. {{Kids!}}

Overall, this is a really nice place to have lunch, if you get there early. If we had gotten there any later with two rambunctious kids fresh off of 2 snow days we probably would have felt differently, since the small space fills up fast. We were out the door before 12:30 but there were at least 5 parties waiting for a table.

Atwaters, The Shops at Kenilworth

GETTING THERE: Plenty of parking in the Shops at Kenilworth parking lot. Even if you don’t get right out front, there is more around the side of the mall.

COST: Good price on the kids’ meals and sandwiches. My salad, with the addition of the chicken salad, was over $10. A whole sandwich will run you on average of $9, but you can get most of them as half sandwiches, which, paired with a soup or side salad for the same price as a full sandwich = a delicious lunch.

FAMILY ACCESSIBILITY: Small space – don’t go during the lunch rush. Plus there’s a drive thru, which certainly helps with crazy kids, when you’re in a rush, when you have a sleeping child in the back, or, as is often the case with me, all of the above!!!

KEEP ‘EM HAPPY: Not much to do for kids and no coloring placemats. We chatted for a bit, but when they started sliding over toward other diners seated on the same banquette, we pulled out electronics so we could enjoy our meal. Not our finest moment, but to the other diners, you’re welcome!

Next post Listen to Your Mother is Headed to Baltimore. So you should audition, hon. 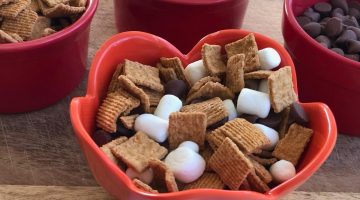