parenting thoughts: how to let your kids fight and make up… without cracking 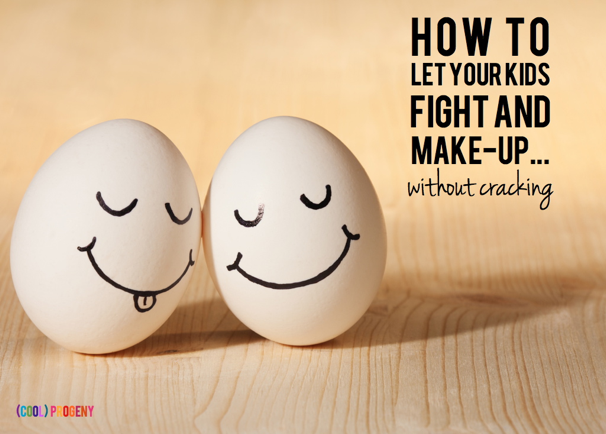 I have an oldest, best friend. She and I grew up next door to each other. Well. to be exact, she moved into the house behind mine in the first grade. We were almost immediately friends. And almost immediately tiresome to both of our sets of parents. Why you ask? Besides being 6-ish year old girls, we also had the good fortune of often being annoyed with each other. We were both stubborn. And we argued, disagreed and occasionally fought nearly every time we played together. Wait, what good fortune comes from being annoyed with each other and arguing?

In her book, Parenting Without Borders: Surprising Lessons Parents Around the World Can Teach Us

, Christine Gross-Loh writes, “Fighting, crying and making up again were normal ways of figuring out how to get along.”

So my good fortune came from an early relationship with a peer where we got to figure out how to behave like friends together. It wasn’t always easy, but invariably after we had a spat, we would retreat to our respective houses and then after about 10 minutes, one of us would call the other one and ask her to play. We were learning the process of playing, not getting one’s way, fighting about it, making up and forgiving each other.

We played more often at her house than at mine (because she was allergic to our cat), but I only occasionally remember her parents intervening in our arguments. And, if memory serves, it was usually because they themselves were tired of overhearing our kerfuffles. It does eventually get old… if you’ve ever had the opportunity to listen to kids argue back and forth. But they, like my own parents, generally thought that our problems were our problems to solve- unless they veered into unsafe or destructive territories.

We fought and made up for what seemed like a long time. I still wouldn’t call myself great at conflict (though I know that that might seem like a funny thing to want to be “good at”), but I think that my teeth were cut on those early neighborhood interactions with my backyard friend. I think that being able to explore that relationship, and others like it, when I was young led me to be a more capable friend, apologizer and argument-haver now.

I’m not advocating that every argument that takes place between kids should be summarily ignored by adults. But I do think that, just as with many other interactions, we should pause for a few long breaths and think before we leap in. After all, they do need to figure out how to get along with each other, just like we had to before them.

P.S. My friend and I are still great friends. And we still (occasionally) get annoyed with each other, but we are both very capable of arguing and making up. 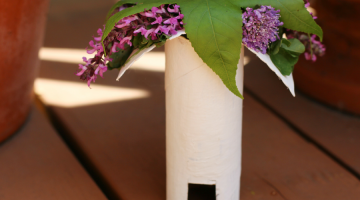