it's all about the guac! family dining at willow, fells point 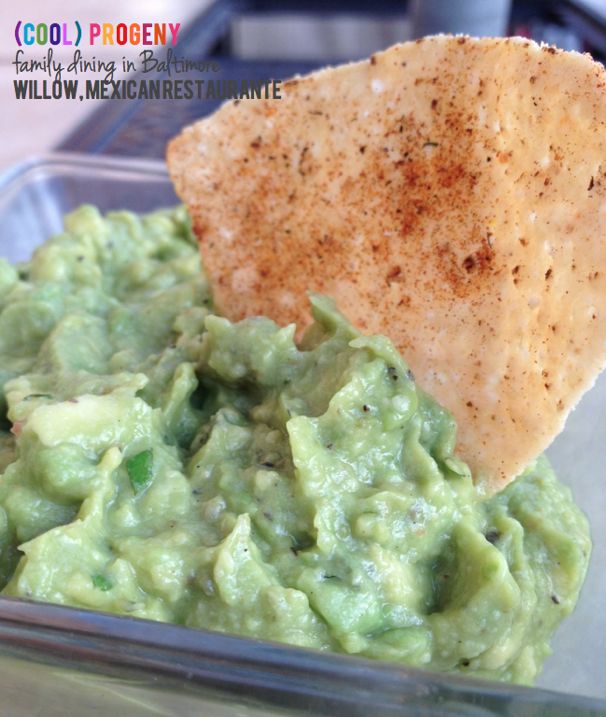 A few Friday nights ago, we took the Little Lion Man out for his first Fells Point adventure. It was one of those unseasonably cool evenings and we were scouting a place to dine al fresco. His space mobile only fits through so many downtown restaurant doors…

Of course, everyone else and their brother had our ‘dine al fresco’ idea that night, too. We managed to swoop in at a table outside Willow as another family was leaving. Serendipitous because our four year old was on the cusp of melt-down mode. And her sights were set on Pitango gelato… not really dinner.

This was our first time at Willow, Mexican Restaurante, which prides itself on being a neighborhood gem offering global fare in bordertown favorites, all while drawing on locally sourced produce.

We had a remarkably pleasant evening. The staff at Willow could not have been nicer. They were fantastic with both kids, engaging and didn’t keep us waiting long for drinks and an appetizer. There are only two outside dining tables at Willow, so we made friends with the family sitting next to us. Kids played. We chatted.

Love when you have a grown-up cocktail and culinary adventure with your kids in tow — and everyone stays happy. The tangy white sangria may have helped. 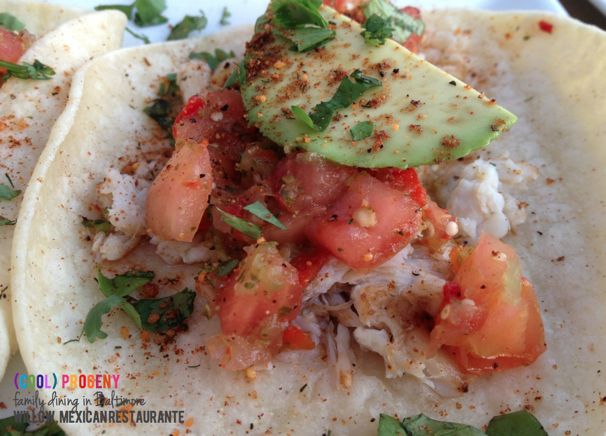 So how about the food? There is no kids menu per se at Willow, but the small plates are small-hand friendly. You can get three tacos for anywhere between $9 and $14, depending on the filling. Truthfully, I only needed two of the three tacos and should have given one to the Bug (who definitely didn’t need three). Crab and Avodaco tacos were perfectly light and filling. The Bug had BBQ Chicken Tacos and Pat had Petit Filet Tacos with Asian Cucumber Slaw and Roasted Red Peppers. Everyone was satiated and beyond satisfied.

But the best part of our visit wasn’t really the tacos, which are excellent and a grown-up upgrade from Holly Frijoles, but I wouldn’t say extraordinary… It’s was really the guac.

Willow offers a tableside guacamole service. The guac is fresh, delicious and devour-able. Plus the preparation doubles as kid-entertainment. Sweet. {Note: ask for ‘un seasoned’ homemade tortilla chips. The Bug didn’t like to have ‘dirt’ on hers… I have a feeling your kiddo might be the same!}

I see us heading back there soon… I hear great things about their dessert, but we had a little girl with her heart set on Pitango and boat watching on the pier…
[divider]
GETTING THERE: Fells Point is never easy to park in, so find the first spot that’s open and be sure to bring meter money. Willow is right on Historic Fells Point Square, next to Stuggy’s.

COST: Tacos are $9 – $14, which is a great price range for families. They also have a full tapas menu and fine dining menu, pricing on par with other fine dining establishments in Fells. The Roasted Pineapple Paella is still calling my name. Date night, maybe?

FAMILY ACCESSIBILITY: If you’re close to Fells, your cobblestone-friendly stroller will get you there with ease. And parking can usually be found after a few laps during busy times. Strongly suggest early dinners to avoid the post-work restaurant deluge in the area. Outside dinging provides lots of people watching and  enough ambient noise that kid chatter wouldn’t disturb other patrons. We didn’t venture inside the restaurant much. Will have to do that on a subsequent visit.


KEEP THEM HAPPY: Get the guac. For real.
[divider] 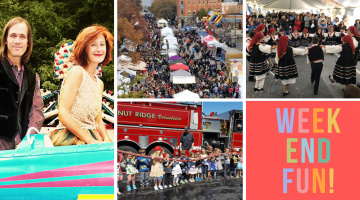