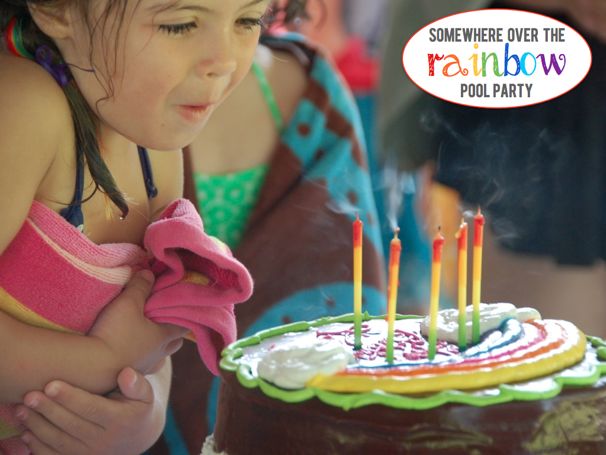 Ever since the Bug went to see Port Discovery’s Wizard of Oz exhibit, she has been on a yellow brick road kick. She’s never seen the movie, but she can belt the Wicked soundtrack. Needless to say, she wanted a birthday party with lots of color and water. So we went with a rainbow theme and threw it at her great-grandparent’s farm (which just happens to have a pool). Hence, a Somewhere Over the Rainbow pool party. 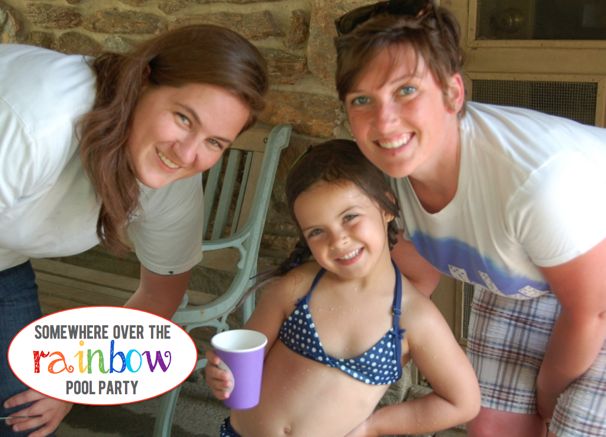 The Bug sported a two-piece bathing suit (or ‘kini as she calls it) by Toobydoo, purchased from Wee Chic. Yes, it was blue and white polka dots. No, that wasn’t planned. But it’s like it was. {That counts, right?} 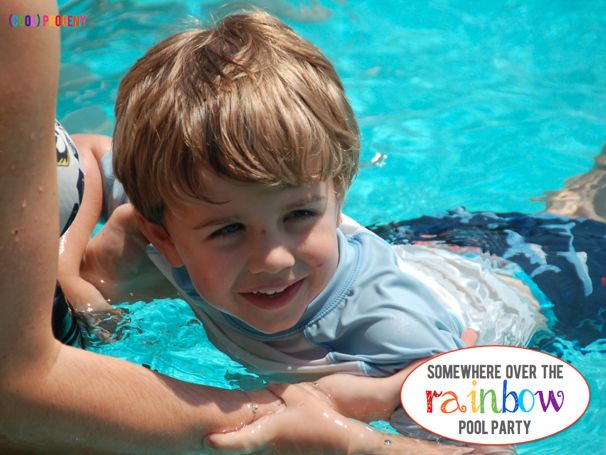 Guests swam for about 4o minutes when they first arrived, then joined us for some colorful treats! Santoni’s in Glyndon made the rainbow layer cake and my sister was kind enough to whip up some jello oranges and rainbow rice krispies treats. Word to the wise, the jello oranges are amazingly (cool) but will take a while. If you’re short on prep time, go straight to jigglers. 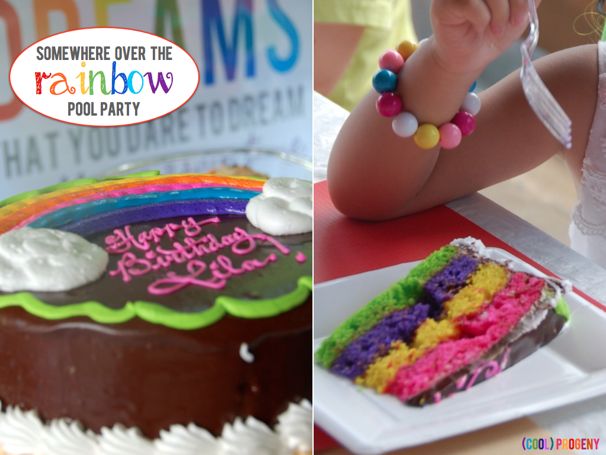 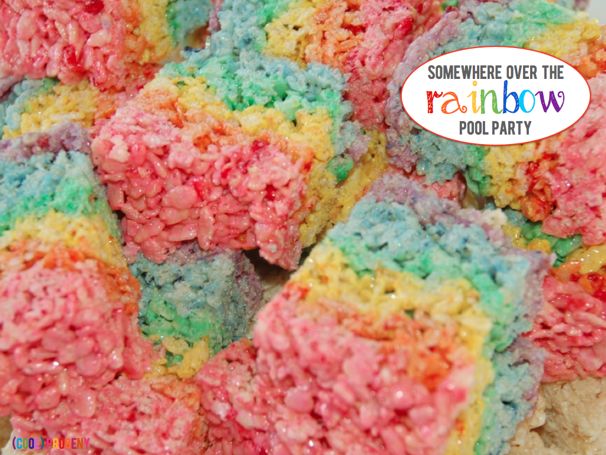 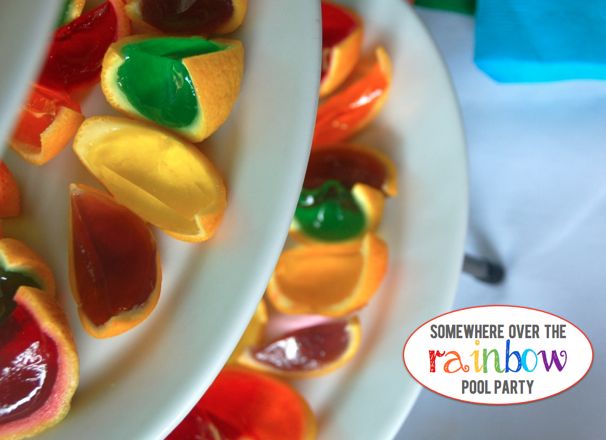 My cousin baked teddy graham pool brownies and we put out popcorn bags for those who preferred a more savory snack. The kiddos also had fruit skewers and M&M cookies. Some people believe it takes a village to raise a child. I’m a firm believer in engaging that village in party throwing! Way less stressful. 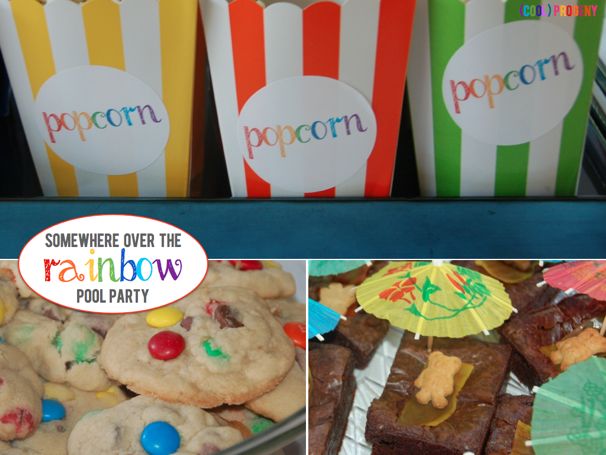 Shari from Funny Faces Face Painting with Shari K. gave all party goers the royal face painting treatment. Seriously, she rocks. Check out that set-up! Kids thought they were walking on to a movie set. 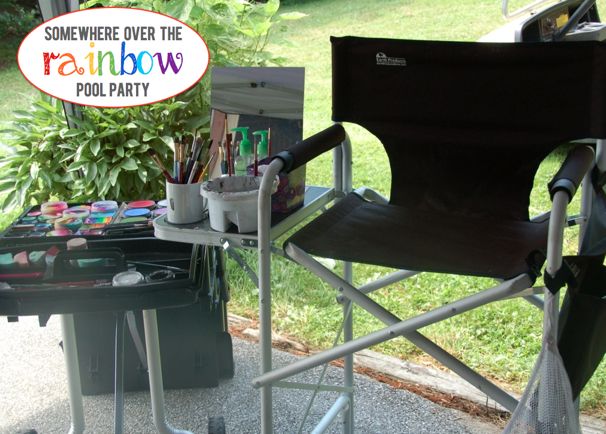 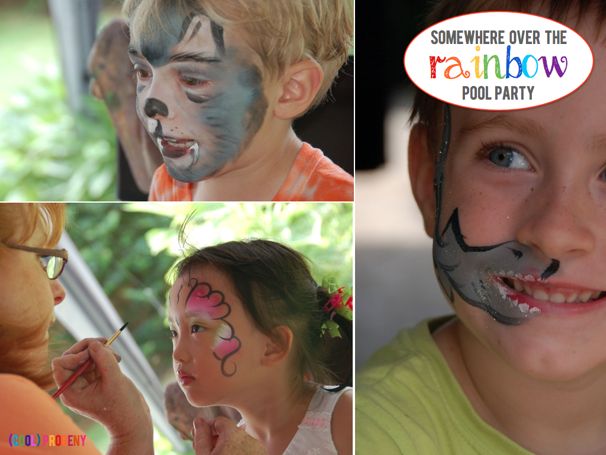 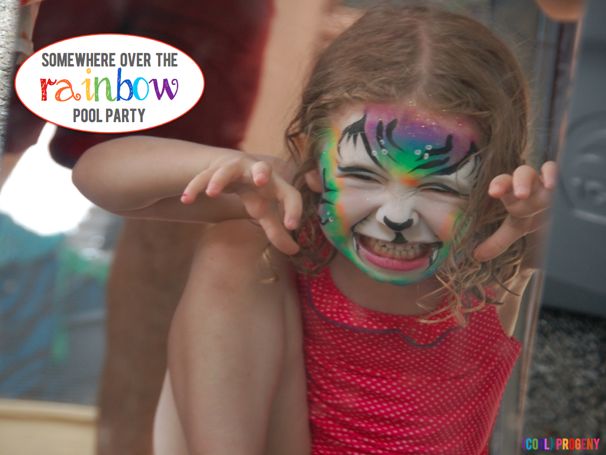 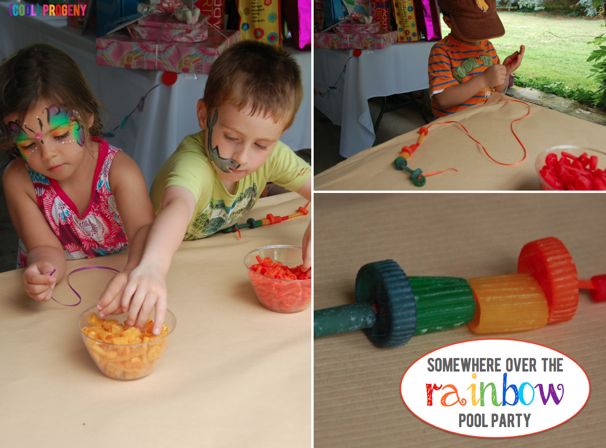 And we also got the bubble machines out. 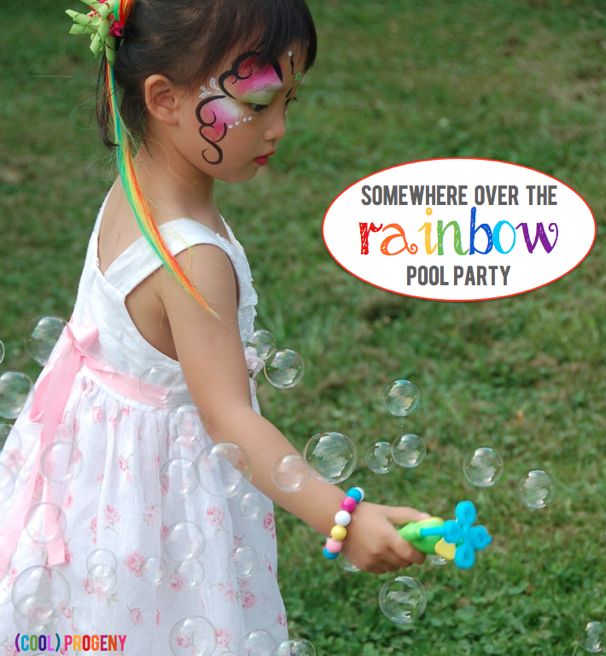 Kept the table setting super simple: brown kraft paper runner, scrapbook paper “placemats” and white square plates. Centerpieces were just rainbow balloon bouquets anchored by mason jars filled with Mike & Ikes. A little confetti and colorful beaded necklaces –voila! It’s a party. We had bowls of crayons out so kids could draw on the table.  Everyone left with a giant Whirly Pop and watercolor paint set. Don’t you just love how a little bit of ribbon dresses everything up? 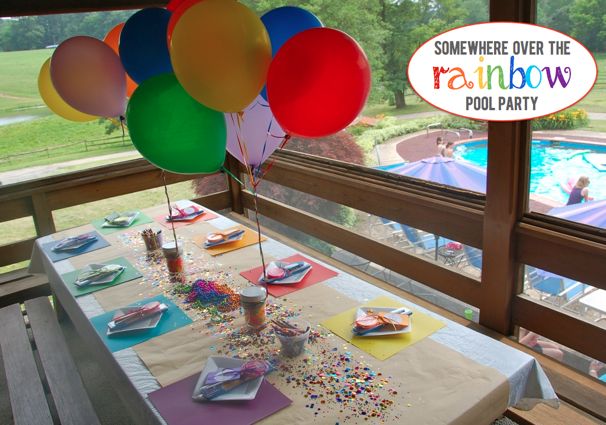 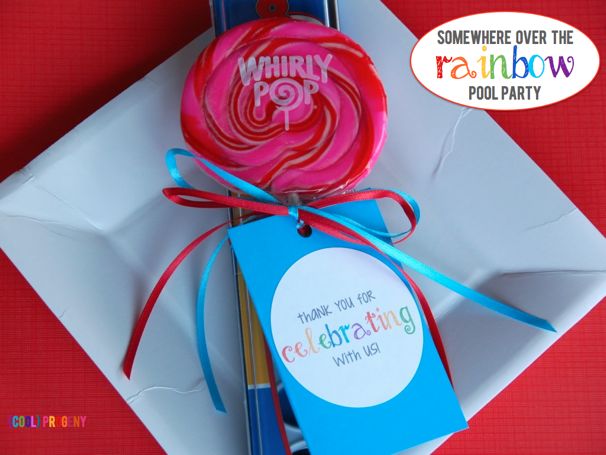 We were a little worried that our pool festivities were going to be rained out, so we stocked up on rainbow accessories for a photo booth at the last minute. Luckily, the weather held — and now I have an arsenal of stuff for future (cool) progeny photo booths! The Bug, however, wanted her picture taken… 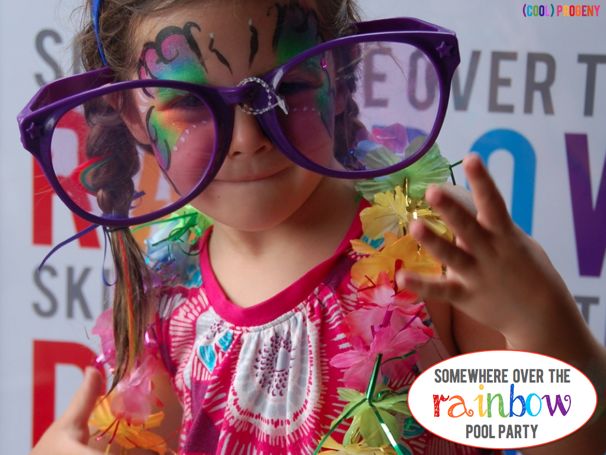 {Where has the time gone?}