how to tame the attention monster 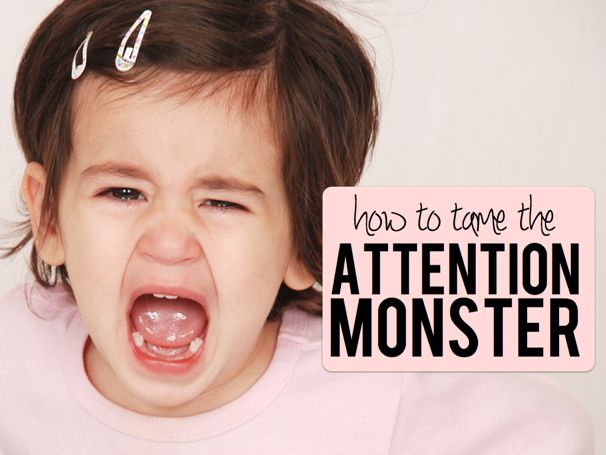 Because I’m me and I get some intellectual stimulation through thinking about ways to make parenting easier for parents and “better” for kids, I think about how and when I give attention a lot.

You’re having lunch with your child. It’s just the two of you and you’re both quietly chewing. While you eat, you are spending most of your time simply staring at your child. They are receiving all of your attention and eye contact. After a little while, they begin to wiggle around or make uncouth noises (things that they know they shouldn’t do while sitting at the table). You give them even more eye contact and now also add your words and body language to paying attention to them. It’s difficult for them to stop acting goofy and eventually you have to enact a consequence for their un-mannerly behavior.

What happened? Everything was going fine. Usually when someone is staring at us, we think that they expect something. We say, “What?!” Is there something in my teeth? Are you waiting for me to talk? It’s the same for kids. Maybe they think that you want a show. Well, here you go. Admission = free.

Use your attention wisely

When you’re eating lunch with your child, isn’t the focus pretty much on the food? If that’s where your focus is (as well as on occasional conversation), then you’re showing your expectation of them. The same is true when you ask a child to get dressed. If they’re young-ish and still need some help with it, you can be there, but keep your eyes on the task at hand as much as you can. If you’re looking at them and not at the leg holes of their pants as they struggle to put them on, then your attention might be on the wrong thing and might help them move their focus elsewhere, too.

Let’s look at homework time. You’re helping with those tricky math problems. They’d like to give up or at least rely on you to get them started. If you keep looking at the work and stay quiet, they will most likely look back at it too since they’re not getting any attention from you. Those extra few minutes of thinking might be just what they need to do it themselves. And you helped without helping! The best kind!

He took my toy! You hear the whining yell from the next room. A distraught face attached to a downtrodden body will soon be entering your world. This child wants you to get involved. They want your attention and your powers of “persuasion” on their side in the battle against brother! They also know that whining is a really good way to get that attention because it’s loud and annoying. So they’re going to usually get something for their tear-stained trouble. It might not be that you get the toy back for them, but you might still give them a little loving or reassurance, which is the next best thing. Or at the very least, they might get some negative attention from you because they’re whining.

When kids act out in school, they are often looking for… attention. When they get attention for acting out, it’s usually negative. Think about what “negative” attention looks like. It’s usually pretty intense. This is when “Look at me when I’m speaking to you!” is said by adults. There is tons of uninterrupted eye contact and talking to the child. Each of your senses is focused on them. If kids don’t get attention in more “appropriate” ways, then they’ll look for it however they can get it. But in the same vein, if they’re looking for it inappropriately, then they should receive as little attention as possible.

Paying too much attention to a kid’s negative behaviors could very well increase the likelihood that they will continue. Everytime I hit my sister, mom looks over here and says my name. Attention without proper inattentive consequences (like time-outs or ignoring the whines) may just keep the cycle going.

And remember, sometimes taking away the audience (you!) means that the show will have to stop.

Previous Article there's an app for that: a beautiful mess 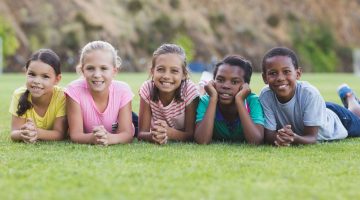