got a minute? milkshake’s new cd and hometown release party 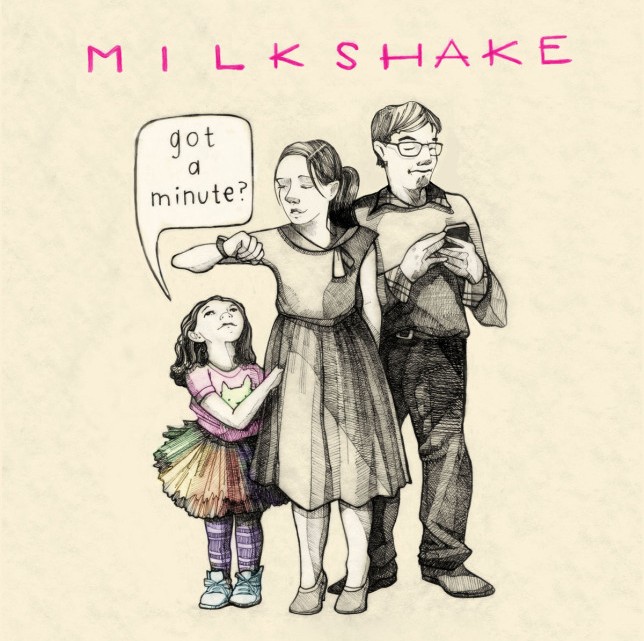 Baltimore’s beloved kindie band is at it again! Milkshake will celebrate the release of their fifth studio CD, Got a Minute?, with an all-ages show {and party!!} next Sunday at Rams Head Live.

Personally, I love the concept behind a Got a Minute?. The CD was inspired by a series of thirteen brief musical gems — each just a minute or so in length — that Milkshake wrote for PBS KIDS in 2006. Challenged and excited by how much artistic punch could be packed into such a short amount of time, Milkshake has expanded on that concept. Got a Minute?  includes those original PBS KIDS songs, plus 20 more quick hitting “Milkshake miniatures,” most of which clock in at two minutes or less.

I caught up with Lisa Mathews, Baltimore mom and band member, to find out more about the album and the big bash.

You used Kickstarter as a way to fund the production of this CD. LOVE that you gave your fans an ability to get in on the ground level. Can you talk a little bit about that experience?

Kickstarter was a great experience and I highly recommend it for any artist on the fence about or simply trying to do a project. We weren’t sure about doing another CD, so we wanted to put it out there and let fans decide. If we raised enough funds to do the CD, good. If we didn’t, well, that was good, too, since we would know whether there was enough interest or not. When we reached our goal, it felt really good, and we got right to work on the Got a Minute CD. I really loved communicating directly with our fans who pledged during the campaign, and then getting the packages together, happily sending special goodies in thanks. It was the ultimate team effort!

We know that every song on Got a Minute? has a story behind how it came to fruition. Care to share one of those stories?

Well, how about the song “Baltimore,” named after our home town? We love Baltimore and writing a song about it made sense. When I was listening to some old song ideas, I came across a song we had written for our friend writer/illustrator James Proimos. James was working on a cartoon at the time about a little girl from Appleton, WI. I wrote this song for the project, simply called “Appleton” and we loved it. But it was never used. I immediately thought: well, let’s change the words and call it “Baltimore”… heck, they both have the same number of syllables! And that’s what we did, changing the music to a more rock and urban feel from its original country sound. Then I thought it would be fitting to add a rap at the end, and my daughter Jesse suggested her classmate, Vance Thomas. It all worked out beautifully. I think it was a perfect way of reworking a tune that otherwise would never be heard.

With any creative project, you always run the risk of hitting a rut. What kinds of things do you do to keep the creative juices flowing?

I read a lot of different things. I take a lot of walks with my dog, family and self. I’m sure I’ve scared some deer with my singing while hiking through the woods. Sometimes, I just need to put the iPod on shuffle and clean the house. But when it comes to writing songs for kids, the topics are seemingly endless since kids are into discovering new things. It’s not just 90% love songs, like for adults. So right there, “hitting a rut” is less likely to happen.

What about your new album do you think will surprise fans?

Maybe the number of songs. But we’re really just doing what I think we’ve gotten so good at: writing great songs about all kinds of things, expressed in various musical genres. And I hope fans can tell how much fun the band had creating this new CD!

Can’t WAIT for your launch party at Rams Head Live on April 14th! What can fans expect at the show?

Lots of new songs from the CD along with the old favorites, like “Bottle of Sunshine” and “Baseball,” of course. We’ll also have very special guests: our kids, who will join us for some songs they did on Got a Minute. Before the show, we’ll have face painting, balloon art, crafts tables and cartoons. We want to make it a big party! And part of the proceeds go to Baltimore Child Abuse Center, which is something people can feel good about.

What’s next for Milkshake?

I’d love to do some new videos for the Got a Minute CD, and work our tunes into a cartoon or two. And of course, do what we love to do — which is play live shows for kids and families!

You’re invited! Milkshake definitely knows how to throw a party! They’re inviting Baltimore families to rock out with them and celebrate their new album at Rams Head Live on Sunday, April 14th from 2 PM. Tickets are $15 each or $50 for a family pack. Purchase tickets here.

(cool) tip: Be sure to catch up on all Milkshake news through facebook — and check out their blog!

Previous Article alone time: teaching your kids to spend time with themselves

45 Things to Do with Kids in Baltimore this April 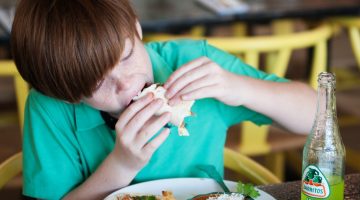