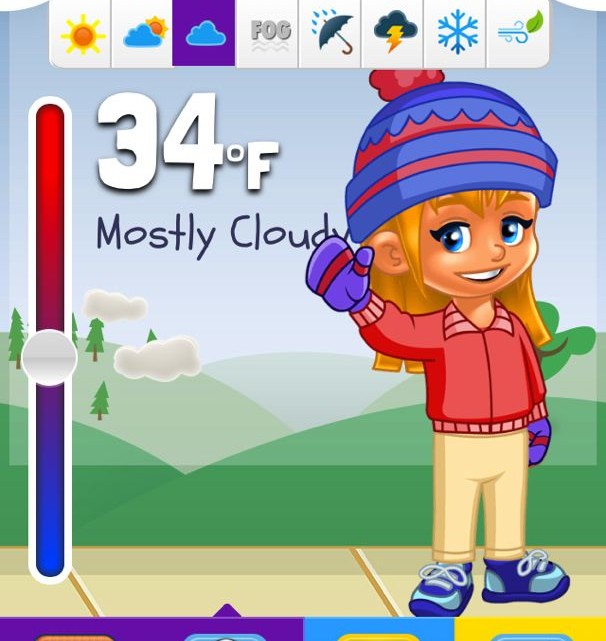 Whose kid isn’t interested in the weather? It’s the first thing the Bug does when she gets up in the morning. Looks out her bedroom window to see if it’s a playground day (meaning, is it sunny?). Local meteorologist Justin Berk and his then-six-year-old-son Brendan wanted to take kid meteorology a step further than sun or rain observations. And into the smartphone era.

With an easy-to-navigate interface, kids as young as preschool age can use this app to find out the day’s weather and see how to dress for it. Older children can graph weather and look up weather-related trivia. They can even personalize their experience by selecting their own avatar.

But the best thing about this app is the story of how Justin and Brendan worked together to develop it. I caught up with both of them over email to ask them about the design process, their fav app features, and faith-in-the-flakes.

One of the things I love about the app is that it uses modern kid- friendly graphics and smartly organizes information so kids have a lot of access and opportunity — but aren’t overwhelmed. Can you tell us a little bit about the design process of the app?

Justin: Brendan was in on the process the whole way. He had a big part in the approval process. We wanted it to be simple for kids to use. That is why the bottom menu bar has larger buttons and bright colors. The weather was initially designed to just be short term. So the focus was on today or tomorrow’s weather. However some older kids wanted to look ahead to the weekend. We may include that in a future update.

The website says the app was designed by you and your son. Time to fess up — who’s idea was it really? And how did you guys work together to bring the app to life?

Justin: The original idea was really Brendan’s. He heard me discussing a list of apps I wanted to develop and said he had an idea. I asked him to get some paper and a pencil to draw it out. We still have the original… It was a few months after chasing my dream list that I realized that he had the winning idea. An app for kids designed by a kid. Throw in the chance to work with my son to bring his idea to life, that would resonate with a lot of parents. It was a win-win. Since we had been discussing it along the way, we already had progress.

Brendan: My dad really let me help and loves to tell people that this was my idea. We even were invited to speak together at a Cub Scout Blue and Gold Dinner. There were over a 100 people there and kids lined up to get my autograph afterwards. That was cool. 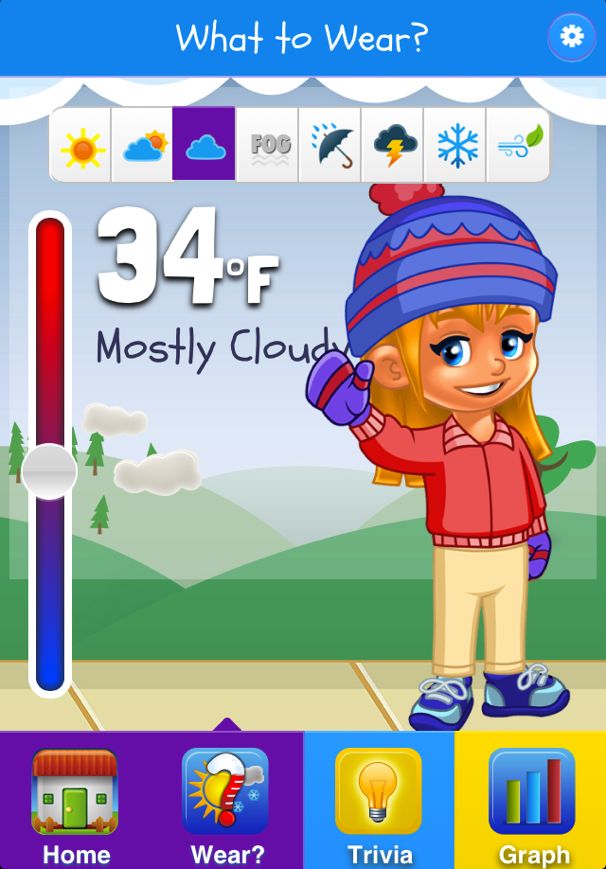 Justin: I love all of it. Seriously. The weather is current. Wear is interactive. The trivia is fun and educational as well as the graphing. Our first version was received very well, but we have so much more to add. The first thing already updated expands the clothing. We also improved the searching for locations and support a display change to Celsius for the international downloads.

If you were telling another kid about the app, what would you say?

Brendan: Kid Weather shows you the real weather and forecast so that you can plan what to wear. This will help you and your parents agree on what coat to wear, but also learn some cool things about the weather. My favorite is about raining frogs in England.

Have suggestions for how parents can use the app with their kids?

Justin: We really wanted parents to be able to spend a few minutes everyday with their kids. So checking the weather and forecast before bed would help plan out clothes. The Trivia has enough content to learn something new everyday for an entire year, and then some. Finally the graphing is a recap of the current day, and can spark a little discussion while plotting about how the week has behaved and maybe what might happen in the next few days.

Brendan: We have used [the app]  in my class to start the day and talk about the weather. But we don’t do that everyday. Maybe we could?

What’s next for Kid Weather?

Justin: In addition to adding more clothing, we will add more avatar characters. Perhaps expanding on the forecast abilities and a few other options kids and parents can upgrade to. Brendan had so many good ideas that we could make another two or three apps and build our franchise.

Brendan: My dad told me that we have something special and could make a bigger splash with our next app. That should be a surprise. I can tell you that it is even more fun.

For all the other kids out there who will read this article, do you think we’ll get at least one big snow this winter? 😉

Brendan: Yes. We can even get some storms in March, even though it is rare. We have Faith-in-the-Flakes

Tags: parentpreneursthere's an app for that

Previous Article what's up for the weekend: march 16-18 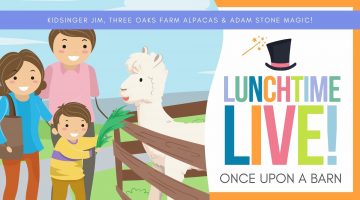 LUNCHTIME LIVE | Once Upon a Barn