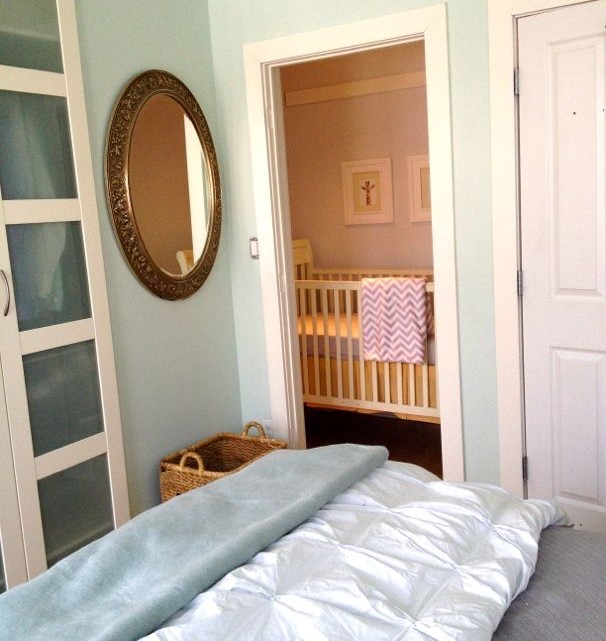 As most of you know, we’re expecting Baby #2 — or “baby brother” as the Bug calls him — any day now. Back in September, we started to make space in our 2 bedroom rowhome for the new little guy, and needless to say, we’ve been taking our time with it. Most of the structural things are complete, but I’ve been feeling schizophrenic when it comes to decorating.

So while I was hoping to show you ‘finished product pictures’ in the next few installments of this series, this post is most definitely still a ‘work in progress post.’ But let’s be honest: when is a home NOT a work in progress?

Remember the brown master bedroom with the walk-in-closet full of built-in shelves? It’s now a seaglass colored bedroom with 9 foot wardrobes and a crib nook. And I LOVE it.

When we started to think about redesigning this space, I had a few priorities in mind: 1) I wanted a space that was light, airy, and uncluttered. A retreat of sorts from the rest of a house that’s just FULL of  young kid stuff; 2) I wanted to avoid buying new furniture at all costs.

We started by painting the entire space sea glass (or Dewy by Sherwin Williams to be exact) and installing 9 foot tall Pax wardrobe system from Ikea. Rather than put solid wood doors on the front, we opted for a frosted glass door, which seemed to make the wardrobes less overbearing and intimidating in the space. They just seem to blend. 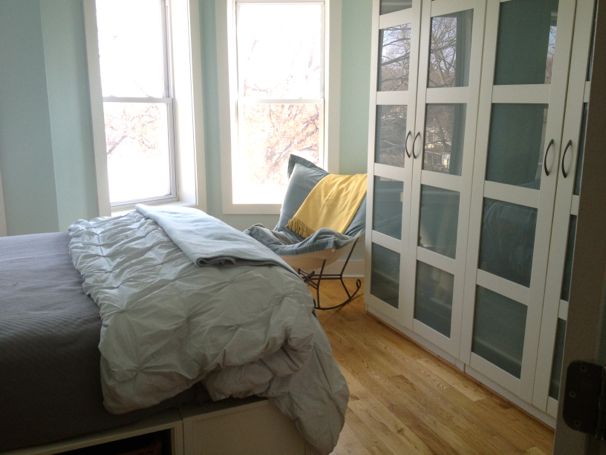 Next up was a quiet place to rock or nurse. I’ve had this pillow top rocker from Chicago Textile Company since college and used it in the Bug’s nursery. It was pink then… 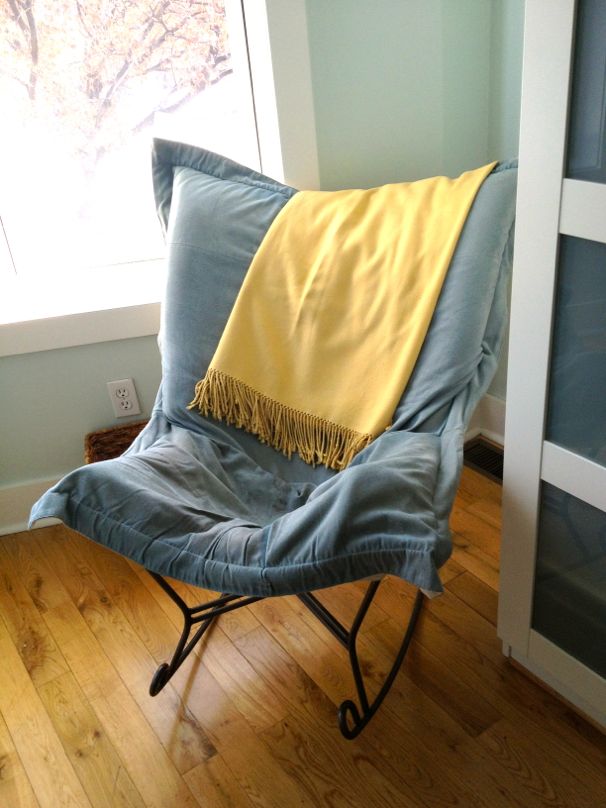 I was lucky enough to get a new Timi and Leslie Charlie Diaper Bag for Christmas — LOVE LOVE LOVE it. It’s currently being used as a ‘ready for the hospital’ packed bag. {Sweet accessory, right?} 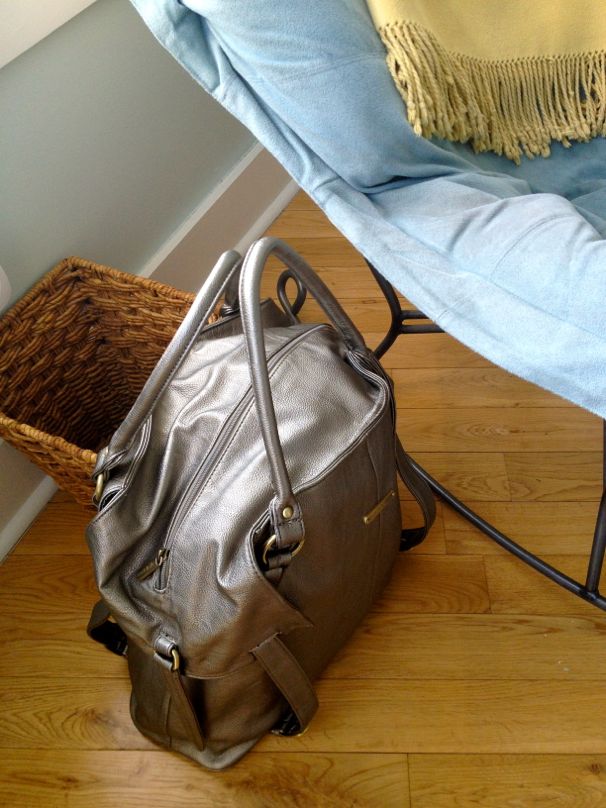 I wanted a pop of color in the space. My mom was/is making the baby bedding from soft gray, orange and natural colors. Adding new orange lamp shades on the bedside lights helped coordinate the two spaces. Aren’t they fun? 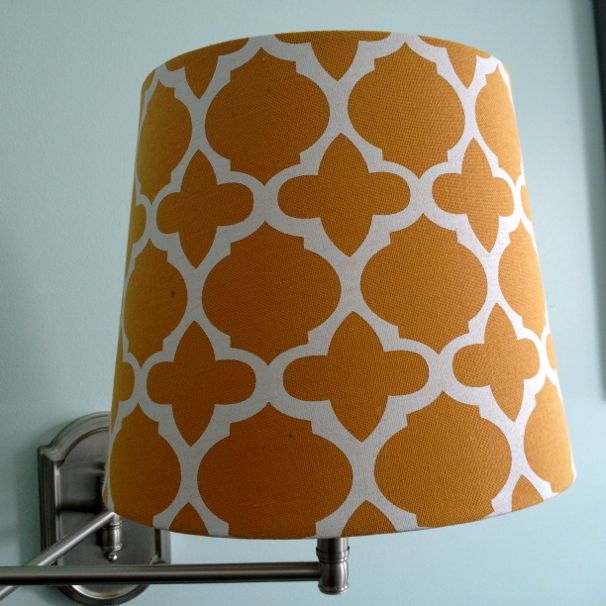 Then came demolition in the closet. All shelving was removed, the dry wall was repaired with mud and sanded, and the space the painted a light gray (Rock Candy by Sherwin Williams) with coordinating white trim. We removed the door, too. It gives the term ‘small space nursery’ a whole new meaning! It is, however, super cozy. Perfect for a new baby. 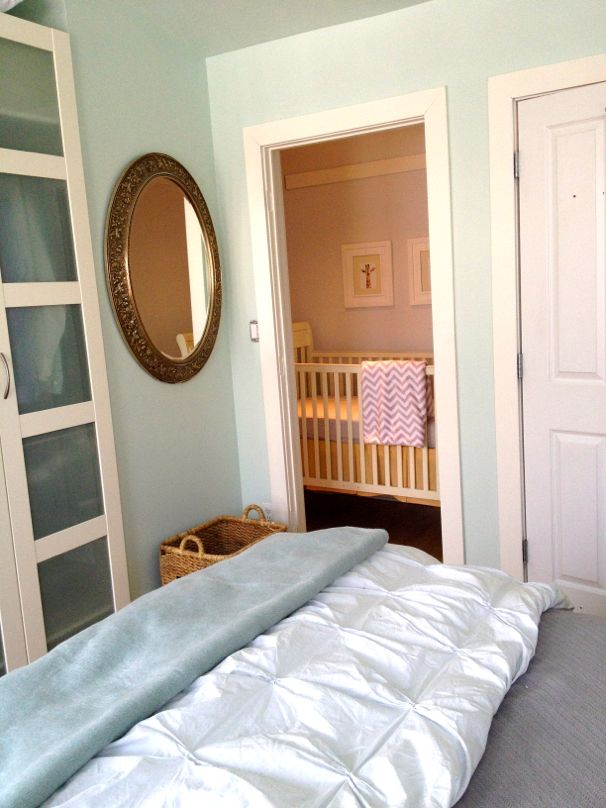 As I said, there isn’t a whole lot of space in the nook. Pat reassembled the Bug’s Pottery Barn crib in the space (it was tight fit). My mom made the orange gingham crib skirt (and is working on a quilt!).  The idea is to keep the light and airy feeling even though the space is small. 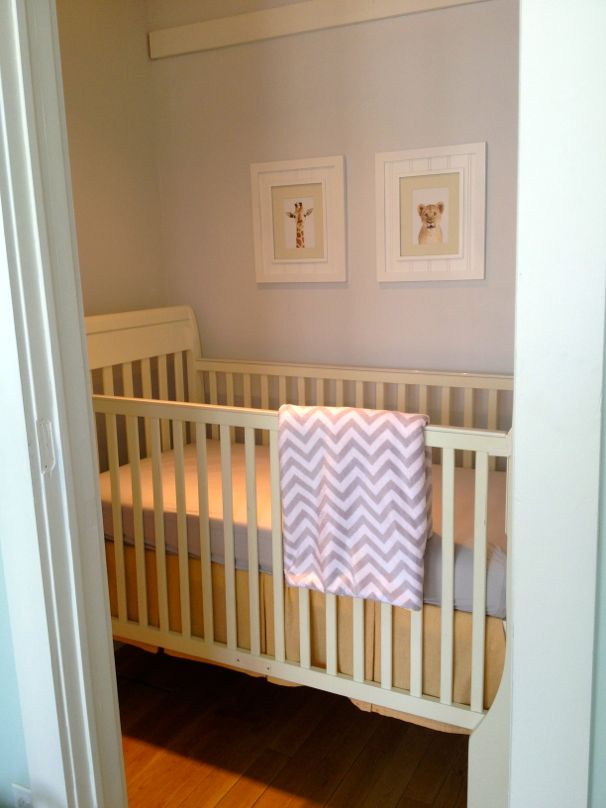 The two adorable baby animal pictures over the crib are a gift from my sister and came from The Animal Print Shop. Aren’t they sweet? They have an amazing collections of prints you can order online. 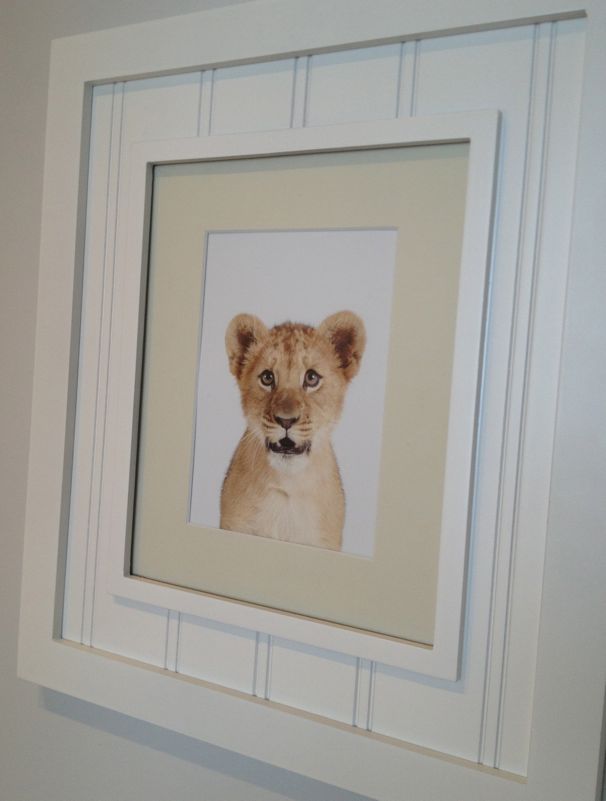 One of my favorite accessories in the crib nook? The dim-able overhead light Pat and my grandfather installed. Simple fixture that casts the perfect amount of light. A real bargain — just $25 at Lowe’s.

So, you may be wondering where we are putting all of the baby’s stuff. The remodeled closet space isn’t big enough for much storage (although I’m currently scouting under-the-crib storage). We set up the Bug’s old changing table and dresser in the hallway, right outside the upstairs bathroom. 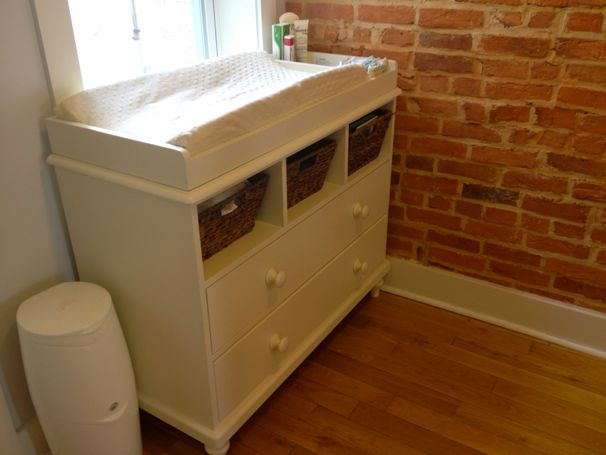 With some inexpensive Ikea frames, scrapbook paper and wooden letters, we created some whimsical towel hooks to hang outside the bathroom door across from the new changing station. One for “Lila” and one for “Baby Brother.” {We’ll have to redo his once we decide on a name; but the Bug insisted his go up now. The name thing? That’s a whole other story!} 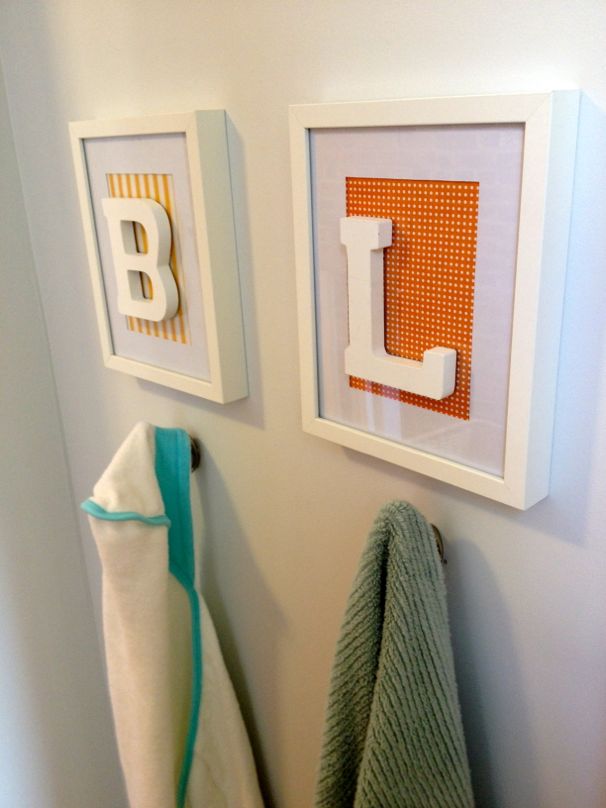 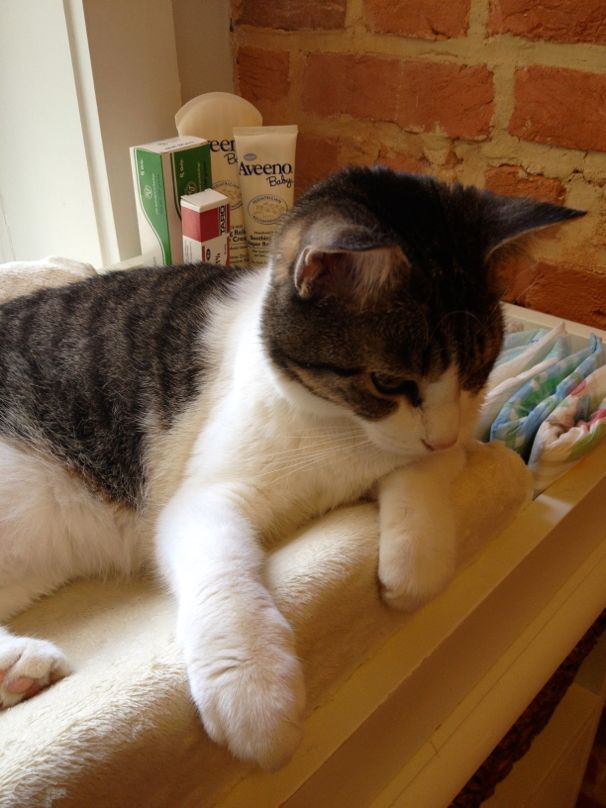 So what do we have left to do? Not too much. Window treatments. Some more wall art in the bedroom. A mobile. Maximize a little more storage under the crib…. But we’ve got time for that.

On to the downstairs. Stay tuned!

belly chronicles: what I learned from the first labor and delivery go-round 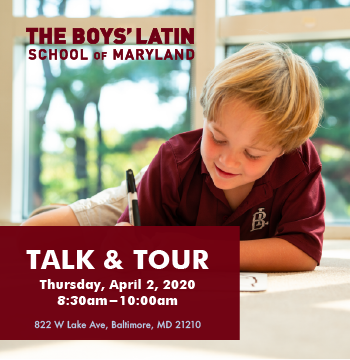 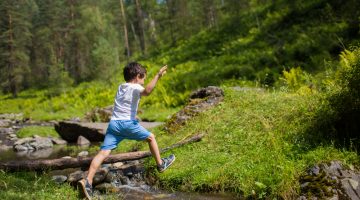