real moms, real advice: what are you cooking Christmas morning?

The stockings are hung, the gifts have miraculously appeared (wrapped and all), the camera batteries are charged… now what?

Cereal and fruit just doesn’t seem to cut it during the gift unwrapping festivities. So we asked local moms (and dads!) what they’re whipping up for nosh. Seems like things that can be assembled the night before and cooked the day of were definite winners.

Looking for something savory? How about a cheese and spinach strata. Sara wrote  “I prep a cheese & spinach strata the night before. Christmas morning it goes in the oven. It’s great for feeding a crowd.” Check out this one from Smitten Kitchen!

Or maybe brunch in a casserole is more your fam’s speed. Christine wrote: Egg brunch casserole – eggs, cheese, hashbrowns and bacon cooked overnight in the crockpot. {Really liking the idea of a crockpot, right? Can you imagine how great the kitchen would smell in the morning!?} Here’s a recipe for Holiday Morning Crockpot Breakfast Casserole from delicious-cooks.com.

How about something sweet? French Toast Casserole came up more than once in the facebook conversation! June wrote: We do a french toast casserole -prep it all the night before and then just pop it in the oven in the morning. We usually take a break after opening Santa’s gifts to eat and then open more after breakfast. This Apple Pie French Toast Casserole from Baked by Rachel looks ah-mazing.

If you’re not into the casserole thing, Homemade Cinnamon Buns seemed like another popular option.  We made these to-die-for buns for Christmas two years ago, recipe courtesy of Love Feast Table. The frosting really is the best part.

But maybe you’ve got a HUGE dinner (or multiple dinners) coming your way later in the day and want something light. Muffins might be exactly the right way to go. Erin wrote: I’m making muffins on Christmas eve. we can just grab muffins, cocoa and tea while we are opening presents. We eat lunch and dinner and dessert all over, so a lighter, quick breakfast is great so the kids don’t have to stop what they are playing! A fav muffin recipe of ours? These easy peasy apple streusel muffins from Prairie Story.

Last but certainly not least, we had to share what Bonnie whips up — just in case you’ve got a case of the Martha’s — Tinted Green Christmas Tree Waffles. Wrote Bonnie: Courtesy of Pinterest. Check out the recipe on Rutherford Family Happenings.

What’s cooking in your kitchen?

our favorite waffles in baltimore 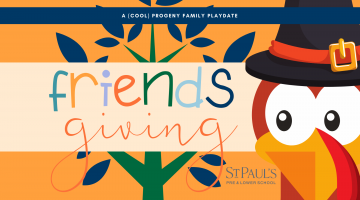