kids and giving the gift of gratitude

There’s nothing quite like watching the EXCITEMENT with which kids open presents during the holidays. It’s an easy reminder of what it felt like when we were young and present opening just blew our minds. It seemed never ending! We felt so lucky and greedy and occasionally disappointed that not all of our dreams were fulfilled.

Now that we are adults (presumably), we find ourselves with a different hopeful anticipation. As children open gifts we hope that a) they’ll Like them; b) that they’ll remember to say thanks; and c) that they’ll pay ttention to one gift for at least 30 seconds before throwing it over For the next. So how do we teach a little gratitude and restraint this season when gluttony and ‘gimmes!’ seem to rule the day?

have a “coded” Christmas or holiday present opening.

I’m stealing a page from my mother’s book here with this first thought. Every Christmas since my brother and I were old enough to grasp and tear, we have had to crack the codes on the packages. So that we won’t simply open, open, open without coming up for air, my mom (still) puts numbers or names on the presents. Sometimes it’s as simple as odds and evens. One year we had to use the almanac to determine what political party Presidents and Vice Presidents belonged to and therefore who each gift was for. This little trick simply slows us down and allows for some small focus on the person who is doing the opening. Only one person has the floor at a time. While not ensuring it, it makes it more likely that attention will be paid to other people’s presents.

include kids in giving whenever  possible!

For so many of us, if our child is invited to a birthday party, it’s easiest for us to simply purchase the gift and wrap it. Sometimes our Child doesn’t even know what “they” got their friend. If we distance our kids from the giving process, they won’t really get an idea of what it means or what’s involved in giving. There’s a lot of “work” that has to be done to give something to someone. There are steps that our kids sometimes never see. We have to think of the gift, then accumulate the things necessary to make or buy the gift. Then we have to make it look pretty. We also have to show some restraint by not buying a gift for ourselves at the same time.

There’s also a joy in giving that is different from receiving. By excluding our kids from the giving process, we exclude them from that other excitement. One way to include them in gift giving this holiday season is to have them make something for the other members of the family. They can draw a picture or make a small craft. If you want to take turns with your spouse to take them shopping to pick things for you and them, they could surprise you while being helped by another adult. Maybe you could volunteer to take your niece and nephew shopping for their parents. Then you could swap kids so that they could all be involved in the giving.

It doesn’t so much matter what they make or buy. The excitement is in the giving. The more you hype the giving (just as we talk up the receiving), the more jazzed they’ll be to see Daddy’s face when he opens the hat they picked out for him (even if it is an ugly hat). Having to reflect on what Daddy might like is another wonderful exercise in considering someone else’s ideas and tastes. Don’t let them miss out on the thanks they’ll receive and the anticipation that they’ll feel in having a generous secret. It’s just so exciting!

And just think of the things that you will end up cherishing because they were given to you by your kids: ugly hats, potholders, play-doh sculptures, a portrait of your family. Who knows what they’ll come up with if you give them the chance.

Depending on the ages of your children, you can focus on giving in a different way. As new toys and accoutrements threaten to engulf our houses this season, consider:

There are plenty of ways to give that don’t hinge upon shopping. The more and varied opportunities that your children have to give, the greater the chances that they’ll find some way of giving that they enjoy. And if they enjoy it, hopefully they’ll be more likely to continue doing it.

five simple ways to practice gratitude with the whole family 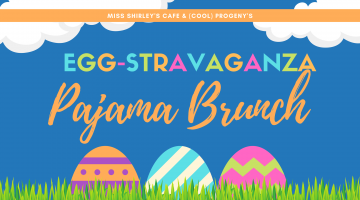