With the publishing of our 2012 Holiday Guide, I’ve been totally immersed in finding the creme de la creme of toys for gift-giving this holiday season. So focused on the best toys that I’ve completely neglected the toys I have put on the ‘never buy’ list. Therefore, today I thought I’d share the top 6 toys that I will do anything to keep from entering our house this holiday season. Meaning I wouldn’t be too disappointed if they fell off Santa’s sleigh… and sabotage isn’t too far out of the question.

Furby
I can’t for the life of me figure out why this thing is back. It was creepy back in 1996  when my younger sister INSISTED on having one and we had to lock it in a closet to get it to stop yapping. Apparently, it really does have Chucky-doll qualities and has resurrected itself from the land of dead toys. My brother threatened to get one for my daughter. I may have retorted with a snide remark about karma. Just saying.

Live Fish
A goldfish in a bowl is on the Bug’s very short list of requests to Santa. This is one of those times when you’re torn as a parent because she’s not asking for much, but you also are fairly certain that once said gold fish arrives in the house, your cuddly cat will embark upon some sadistic quest for sushi. It will not end well. And the cat is sneaky smart. Not sure we could do anything to prevent the fish’s post traumatic stress even if we did manage to keep it safe. Not to mention the fish bowl cleaning that I’m sure my three-year-old will not be doing.

Stompeez
This is a recent find of mine, thanks to the Bug’s going-on-six-days-battle-with-a-yet-to-be-named-virus-so-I’ve-succombed-to-daytime-television adventure. Have you seen the commercial? I wanted to put them on the ‘no way jose’ gift list just after hearing the jingle. These are slippers with eyes that open as your kid walks. Some little inanimate object that’s staring at YOU as your kid walks around the house. Just think of those things in the closet at night. Kinda creepy. No thanks.

Barbie Photo Fashion Doll
I don’t understand this. Forget the debate about whether or not young girls should play with Barbies (the Bug spends hours playing ‘let’s pretend’ with a hand-me-down Barbie dream house and so far, no image issues. She also spends hours zipping around the house playing pirates. No image issues there either.). Why does anyone need a Barbie that snaps a photo and displays said photo on the doll’s t-shirt? I don’t get it. And really, you know that your kiddo will be jonesing to take pictures of YOU with their new super-cool-for-five-minutes Barbie doll/camera. How flattering do you really look from Barbie’s point of view? Exactly.

Stuffies
If the ‘how much stuff can you stuff in a stuffie?’ tag line doesn’t seem so awful, the idea of encouraging your kiddo to be a hoarder might. It’s a ginormous stuffed animal with seven secret pockets to hide other various items. I can envision pockets full of melted crayons. “Now you see them — now you don’t!”

Baby Alive
There isn’t much to say about this one — I know the doll that eats and poops is super popular and has been since we were all kids. I get that the novelty of not having to ‘pretend’ about bodily fluids excites curious kids. This list addition is purely selfish. We have a real baby alive due in January. Don’t really need an inanimate object lying around asking “did I make a stinky,” too. This also goes for any doll that mutters ‘mama’ or something similar in the middle of the night while at the bottom of a toy bin. We’ve all seen Toy Story.


What’s on your ‘Dear Santa, please don’t bring this” list? 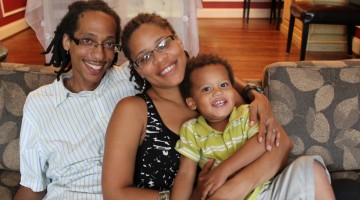