A couple months ago I was taken by an interesting story on NPR in which Tina Brown recommended an article from the Financial Times by Katie Roiphe (I only reference the NPR piece so you guys don’t think I regularly read the Financial Times). The article, titled “Disappearing mothers” posed the question in its subtitle: “Why would a woman put a picture of her child’s face – instead of her own – as her profile picture on Facebook?”

My reaction? FINALLY. Reading the well-argued piece came as a great relief to me. Finally, someone else was saying out loud what I’d been thinking privately for some time. Your profile picture should be of you, or at least not your kid.

I joined Facebook rather late – just about three years ago. I did so kicking and screaming, not really happy about it. Despite my resistance (which is certainly futile), I did grow to accept – and even enjoy – my time spent on Facebook. It was marvelous to catch up with elementary school friends and I loved being able to use it as a fast and effective networking tool for my job. Shortly after joining, I became pregnant and was of course delighted to receive dozens of congratulations messages from friends after I posted my obligatory sonogram photo.

Once my son was born, I created a photo album for pictures of him and have been pretty steadily adding to it since (about 3 photos a month – yes, I did the math). I have lots of nears and dears all over the country and it’s so nice to be able to post a photo and know that everyone who you want to see it will, and you’re not forgetting anyone like you might on an email.

I did debate whether to post any photos of my son at all. I know some parents who do not post any photos whatsoever of their children on Facebook or any other social media. There are plenty of privacy and security concerns of which to be aware. I also know some parents who post so many freakin’ variations on the same picture every day that I have resorted to ignoring them so they don’t show up in my feed. How you choose to represent your child online is a personal decision that is entirely up to each individual parent/family.

That being said, like Ms. Roiphe, I do take issue with parents – and Moms in particular – that use a photo of their kid as a profile picture. Why? Because that’s not you. That’s your kid. And I know that you are proud of your child, that you child is beautiful, that your child is the most important thing in the world to you. I get that. I’m a mom, too. But your child is not WHO YOU ARE, your child is not the entire sum of your parts.

Full disclosure: My current FB profile picture features both me and my son, or at least the back of our heads. It’s a really beautiful photo and it captured a sweet moment that I want to share with my friends and family. But I never once have – and never will – select a photo of just my son to represent myself. I’m more than that.  {Photo pictured above}

A long time ago I was having a heart to heart with my Mom and she confessed to me that when my brother and I were in grade school she had a moment when she realized she had ceased being herself and was only ever referred to – and only ever referred to herself –  as “Neil’s Mom” or “Mary’s Mom”. This was a watershed moment for her when she learned she needed to work on balancing her life and remember that she was, first and foremost, “Gail”. Seeing a child’s face in lieu of his/her parents on a Facebook page gives me the same feeling. It makes me sad and kind of, well, disappointed. Particularly if it’s a close friend. I want to see YOUR beautiful face, because you are my friend. When I want to look at your kid’s photos, which I also love doing, I will intentionally do that. But if you choose to use a photo of someone as your profile page, putting yourself aside for your kid somehow seems out of whack to me. Remember that person you were before your kid was born? You’re still that person. And I love that person. So please show me that person’s face. Or at least that person WITH their adorable and perfect child.

I know my reaction is somewhat knee-jerk. And I know that what you select as your Facebook profile picture is really, really inconsequential in the grand scheme of things. And I don’t honestly think that my friends are choosing to disappear themselves. But I am reminded of this brilliant piece from Allison Tate that talks about how frequently we, as moms, forget to include ourselves in all of the documentation and memory-keeping we do for our children. Let’s not forget to record for posterity what we have been up to. Don’t forget you’re here, too. You should be “liked” just as much as your kid.

Previous Article what's up for the weekend: november 2-4 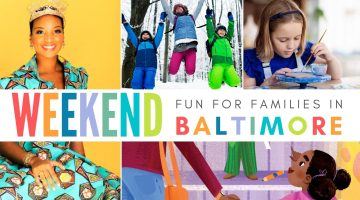