Usually parenting guides don’t print retractions. And this is not exactly a retraction, but I am revising some thoughts about praise. I certainly have spouted about it being a very good thing and I still mainly agree with that idea. I have been thinking about scaling back on praise though for a little while when a recent article in the New York Times helped me to define my evolving thoughts.

First, let me use this “mind changing” as an example of something that’s ok to do as a person or as a parent. There are plenty of times when we’d like more than anything just to be consistent, but realize that it’s necessary for us to change our minds or plans. An explanation of this change can go a long way toward helping kids understand the need for it. It’s not a bad thing to change your mind. Everyone does it. So with that justification, let us proceed.

In his article The Opiate of Exceptionalism, Scott Shane discusses the inherent positivity that we, as a society, have come to expect from our elected officials. If candidates criticize our society or negate the “belief” that we are indeed the greatest country in the world, they would only be hurting themselves politically. Or worse, they may be labeled by their counterparts as un-American if they do not have a relatively rosy outlook on the future of our country. We expect praise from our elected officials. Small businesses, factories, emerging technologies, entrepreneurs and teachers are all routinely lauded as groups to inspire and emulate. We’ve come to expect candidates to agree on certain points: that we are a chosen people, in a chosen country that deserves the praise, awe and admiration of our leaders and the world. And we have come to expect praise. In fact, we are entitled to it. So, what does this have to do with parenting?

When I speak highly of praise to other adults (ha! praising praise), this is the most common criticism that I hear. “I don’t want to praise my kid for things that they should just be expected to do.” OR “I don’t want them to come to expect praise every time they listen or tie their shoes.” Parents don’t want praise to be a crutch. They don’t want to send their children off into the real world of school or daycare where they might not be praised as much and therefore draw the conclusion that they are somehow deficient. How do we use praise well so as not to create kids who think that it is their right to be praised for everyday accomplishments?

Praising with care instead of reckless abandon is what I’m advocating. We don’t want to get to the point where we have to applaud most of what our children do in order for them to feel whole. Then you might find yourself narrating their bedtime routine with exclamation points galore. Fabulous teeth brushing! Wonderful way of getting on your jammies! Superb story listening! You drank that milk so nice and neat! You climbed into your bed so well! With italics like these, it’s no wonder we think that we deserve the praise that we hear during election seasons.

They’re so right: We are exceptional! 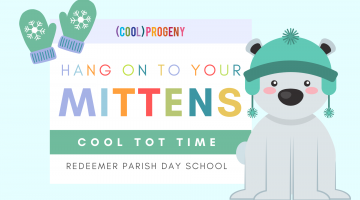 COOL TOT TIME: Hang On To Your Mittens