ready to weather frankenstorm with your kids?

Huff post {and every local news outlet promo for tonight’s newscast} are saying we’ve got some rather nasty weather headed our way, a “winter storm hybrid worse than the 1991 Perfect storm.” Just in time to ruin Halloween AND wreak havoc on election day. As a homeowner undergoing renovations with a backyard full of debris, saying we’re not thrilled about this would be the understatement of the year. {Insert adult language.}

This has the potential to be a huge headache. Now, I’m not a fear monger. I don’t run to the grocery store at the first sight of snow and I certainly don’t jump on the latest media-frenzied parenting scare. But I am Type A and like to do my research.

The facts: I don’t like any weather where meteorologists expect it to cost $1 billion in damages. Utilities all along the east coast are working to head off long-term power outages. Everyone seems to be reporting it’s going to be a big mess. Foot’s Forecast, who’s generally conservative and on the money, wrote that heavy rain, strong winds and tidal rises are increasingly likely.

The verdict: Time to start giving Storm Sandy (aka Frankenstorm) the respect she is so clearly demanding.

These are not professional tips — they are my own and I’ve revised them a little bit since we first posted them before Hurricane Irene. Take ‘em with a grain of salt. Here’s how our family is preparing in no particular order of importance:

What would you add? 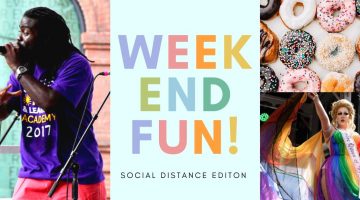