adult cyber bullying: katie moody, torrey smith and everyone else

Anyone else wake up to blog-o-sphere headlines like this this morning: The Most Hated Person in Baltimore, Callous tweet about Torrey Smith sets Twitter on fire, Foulness: Katie Moody Taunts Ravens Torrey Smith on Twitter?

In case you didn’t, here’s the recap: Katie Moody, a Johns Hopkins University grad student, crossed about every line there is when it comes to decency — even in sour grapes sports jeering — taunting Torrey Smith who had lost his brother hours earlier in a motorcycle accident, with a single tweet:

“Hey Smith, how bout you call your bro and tell him about your wi– ohhhh. Wait. #TooSoon?”

Pause for a second. Yes, this is callous. It’s awful. It’s insensitive. It’s completely beyond me how anyone could write something so hurtful.

But what’s even more abhorrent is what happened next.

Instantaneously (that’s what happens when you post something on a social network), twitter erupted in a firestorm. Understandably, people were upset. They called Katie out on her action. Ray Rice tweeted “@katiebrady12 u r terrible i hope you know the word karma.” It was retweeted. And retweeted again. Just in case she didn’t see it the first hundred times.

Then it went further. Someone went searching for and found the email address of Katie’s boss at JHU. They posted it, asking everyone to essentially email bomb her superior to have her fired.

I agree that Katie’s tweet was completely insensitive and even downright cruel. But a social media witch hunt, a crusade to have her lose her livelihood over something that — once again — had absolutely nothing to do with her job? Katie’s tweet may have been horribly outrageous but I guarantee you it probably wasn’t a calculated virtual assault.

On one hand, the retweeting of Rice’s comments and the hundreds of other comments to Katie was a show of solidarity in the twitter community that meanness and insensitivity won’t be tolerated. On the other hand, it was a virtual school yard gang-up, complete with name calling.

Here’s what we {you and I} know about Katie Moody: 1) she had a bad night (obviously); 2) she said something mean and awful. I have absolutely no idea if she’s a terrible person or not. And me — or anyone else — calling her names or searching out her employer  to ‘teach her a lesson’ doesn’t make anything better.

Social media often makes individuals think they are invisible. You can ‘hide’ behind a screen name and an image you select to represent yourself, and so you imagine yourself invincible. You can say anything. Have an opinion? That’s what social media is about — sharing, right? Who needs tact when you have the power of your keyboard?

It’s easy to forget there is actually a human behind the handle. It’s easy to forget that your words will have an effect — they can enrage and hurt. We hear about the need for cyber bullying prevention in schools. We worry about how to raise our children to be fair, kind, and to treat people with respect both in person and online. But do we monitor our own behavior with the same caution?

Everything about last night’s twitter storm is downright shameful.

Word of advice today? Before you type, think: what kind of example does my online behavior set for my kids? We may all be better off for it.

Conversations with Our Daughters: How To Raise a Financially Confident Girl

Conversations with our Daughters: How to Raise an Athlete

Conversations with Our Daughters: How To Raise An Innovator 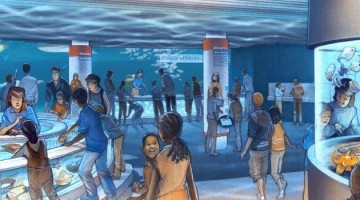