My mom and I had a conversation a few months ago about some of her regrets from her early days of parenting. One of her regrets is not giving me enough chore responsibility when I was younger. I think that she worries that some of her actions lead me to be lazier than she would like. Not unreasonable. I am a little bit lazy.

My mom explained that she felt guilty when I was growing up that she wasn’t at home a lot. She worked full time (and still does, though retirement looms ever closer), as did my dad. So my brother and I were often in the care of babysitters, daycare providers and neighbors. When she got home from work, she said that she felt guilty about making me do household chores and having that be our primary interaction when we hadn’t seen each other all day. It makes sense why she would feel this way, but it is interesting that 20 years after the fact one of her regrets is based on a parenting decision made as a response to feelings of guilt.

Maybe this can be a warning to others?

It’s impossible to live life without feeling guilty about something. Impossible. I can name about 47 things that I have some guilt about just off the top of my head. Guilt can be a useful motivator, but as we all know, too much of it can be a bad thing. If you’re feeling guilty about the extra slice of cake that you had after dinner, you might be more inclined to take a run the next morning. {Yay you!} But in many other scenarios, making decisions based on guilt is not the best of ideas.

The times when I feel most guilty about my interactions with kids are usually when I’ve lost my patience with them. If I raise my voice or am short or exasperated or am not listening, my thoughts afterward usually involve some self-flagellation and impatient words with myself. Every parent can understand this feeling. It is at this time that a child is more likely to get a lollipop if they ask for one. My defenses are down. I want to show that I’m sorry, to model that for them and also to alleviate my feelings of guilt. Guilt instead of reason is ruling my actions.

These little actions aren’t the end of the world. If their sugar intake is a little higher when I’m having a bad day, that’s a correlation that I’m willing to live with. The real trouble comes when guilt seems to be the primary motivating feeling when we parent.

What is the result of “guilty parenting?” Whatever the reason for the guilt, parents who act upon it are more likely to indulge bad habits in kids. If your child is whining to you about not wanting to do something that you’ve asked of them and your reaction isn’t to stand firm, but to give in to your guilt (“Maybe I am asking too much!”), then their whining might win out. Whining works! If whining works in avoiding unpleasant tasks, then it will become a part of your child’s repertoire. If you say no to a snack before dinner and are met with a temper tantrum, you might feel guilty about denying your child. If you then recant in response to the tantrum and say, “Ok, but something small” or “Just this once,” then you have (unknowingly?) encouraged the use of temper tantrums as a means of getting something.

Since feelings of guilt are natural, how do we ensure that they do not motivate our parenting too much?

#1 Notice when you’re feeling guilty! Identifying feelings of guilt by name can help you recognize when you’re letting these feelings decide your behavior. Aha! I see you guilt. And I feel you. I’m going to try not to let you have power over me. I know that making parenting decisions right now isn’t the best plan. I’ll reevaluate when I’m feeling less guilty.

#2 Have a plan! If you have a response pre-planned when faced with a whining child (or a tantruming child, or fighting children, etc.), you might be less likely to let guilt influence your response. Parents of young kids exercise this muscle all the time. If you’re trying to get your child to settle themselves back to sleep if they wake in the middle of the night, then you are following a pre-determined plan. Without one, feelings of guilt at leaving your child alone & scared could easily make us get up at every cry. And if that’s the response, then fractious kids and exhausted parents would take over the world. Having a plan means that we have thought about the situation at an unemotional time and have crafted a response that will not rely on whatever emotions we are feeling at the time of the incident.

As with any big idea that requires a change in thinking, deciding not to let guilt determine your parenting choices (if you struggle with this) is not an easy change to make. And as always, I am not here to say that it is. I’m not here to make you feel guilty if you rely on “guilty parenting” more often than you’d like. I’m only here to call attention to things and maybe give you something to think about. So, no guilt from me, only positive thoughts and well wishes for you! And if you decide to give guilt a little less power in your life, then good luck! 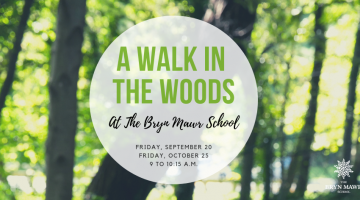