do what you say you’re going to do…every time

I’ll be down to play with you when I’m done on the phone! I’ll make pancakes for breakfast tomorrow. If you hit your brother one more time, you will have to go to time-out. Bath time in 10 minutes! First you have to go to the potty, then you can play outside. You can only watch one episode now.

On any given day, parents make a lot of compromises, deals and promises (whether they say the words “I promise” or not). And on any given day, time slips away or words are forgotten. The 10 minutes before bath time turns into 20. One episode turns into 3. You realize that you don’t have time to make pancakes the next morning before school. All of these things happen because life is happening around us. And while we should forgive ourselves if we cannot make all of our statements come true, we should also think before we speak.

Threats
If you tell a child that they will receive a consequence if they do not start or stop a behavior and they do not receive that consequence (if they fail to listen), then you may have begun down a long road of not following through. Consequences that are threatened and then not delivered are the beginning of the loss of parental control. I was on a bus once where an example of this loss of control played out for all to see. A mother was trying to get her young child to sit down properly in the seat. When asking did not work, she began jumping to consequences that she could never enforce. She mentioned the bus driving stopping what he was doing to come and talk to the child. She threatened to have the police come on board and arrest him. Needless to say, it was a disheartening sight. But my assumption is that she had threatened consequences before and had not enforced them. So by the time I saw her interaction with her child, she felt as though she had no choice but to threaten, threaten, threaten.

Not all unenforced consequences need to be so outlandish as calling the police, but stating that “if you do that again, then I will have to ______” and then not following through sends pretty much the same message. I don’t mean what I say and you can’t trust me.

Empty promises
Another problematic, and perhaps more damaging, aspect of not doing what you say you’ll do is that of making empty promises. How many parents have had to soothe their child’s tears when the other parent did not come to a birthday party or soccer game as promised? Promised trips and time can easily be forgotten by adults, but make an impression on kids.
Small neglected promises can be just as hurtful as big ones. Telling your child that you’ll play with them later or that they can go somewhere just the two of you and then not honoring those words sends them a message not only about you, but also about them. I’m not important and my feelings don’t matter.

Thinking before you speak
What is the solution to this problem? Many parents don’t mean to make threats or empty promises. But not intending to be hurtful or careless doesn’t mean that hurt and carelessness aren’t the result of our actions. Just as we educate our children to apologize even when they don’t mean to do something and work to take others’ feelings into account, we need to remind ourselves of these same lessons.

Before you choose to make a positive or “negative” statement, think carefully about your ability to follow through with it. It might mean that your life is interrupted if you need to enforce a consequence or if you have to stop what you’re doing to spend promised time with your kids. Make sure that you can make that commitment to yourself and them before you say the words out loud. If there is any doubt in your mind about your ability or willingness to do what you say you’re going to do, then don’t say it!

Making amends if you don’t do what you say you will
As with all human practices, we are bound to slip up sometimes. Hopefully these lapses will be far outnumbered by the instances when you did do what you said you would. But in the inevitable case, remember to be kind to yourself and your child. Apologize. If you have the time and ability, then make another plan so that you can show them you’re resolve to be honest with them and do what you say you will.

Next post what's up for the weekend: may 4th-6th

Previous Article red stamp: the cure for the common card 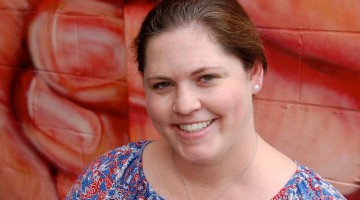