In case you missed the memo, April is National Grilled Cheese Month. I cannot argue: The noble Grilled Cheese Sandwich (or GCS) deserves not a day, nor week, but an entire month to savor its majesty. To celebrate the glory that is bread + butter + cheese + heat, I was tasked with seeking out the best grilled cheese sandwiches in Baltimore. To call this a “task” is a bit of a misnomer. More of a “prize”, I would say. I took my mission seriously and did some thorough research. I set out to several local eateries that have been named on top GCS lists and brought my family, my pen, and my camera. Here is what I found:

Langermann’s
2400 Boston Street
Langermann’s, located in the Can Company, serves upscale Southern cuisine. I have been there many times for lunch and dinner but never have had their Grilled Cheese. We ordered the “Classic Grilled Cheese tomato, cheddar cheese, sourdough bread” ($8.25, w/bacon +$1.00). I got the bacon. It was one of those days. All sandwiches come with choice of fries, fruit salad, or coleslaw. I got the fries. It was really one of those days. For the little one, we ordered off of their kid’s menu, the “Grilled Cheese with American Cheese with fries and a drink” ($5.95). While the sandwiches were both fine, overall I think this is not the place where one would generally order a GCS. Why would you, when there’s shrimp and grits on the menu? The bread was very, VERY crusty, too much for my taste, and the bacon was a wee undercooked. Plus I fell victim to the age old blunder of a cold tomato slice placed on a piece of melted cheese that then becomes really hard to eat. You bite into it, only to have the skin of the tomato cinch behind your teeth, and as you pull the sandwich away from your mouth the entire rind of the tomato stays behind, and a big glob of sandwich and tomato innards falls on your chin or plate. I hate that. That being said, I generally love Langermann’s. Just stick to the shrimp and grits.

The Grilled Cheese Co.
1036 Light Street
When I started asking people about where to go in search of Grilled Cheese perfection, many people suggested the Grilled Cheese Co. There are four local locations, so it’s not really a “chain” as I worried it was. I went to the Federal Hill location. Their menu features eleven (11!) sandwiches which feature everything from crab dip to chocolate chips to meatballs (though not all in the same sandwich). This is where I start to get a little philosophical about the definition of a Grilled Cheese Sandwich. If it’s got ham, chicken, mustard, and swiss and is grilled hot, isn’t that just a hot ham and swiss? Anyway, to keep things simple and fair, I ordered their “Original”, listed as “Mom’s famous recipe with American Cheese grilled to perfection” ($4.99). Whose mother are they referring to, exactly? Anyway, I was asked if I wanted White, Ciabatta, or Wheat bread. I chose wheat, and had a seat. Moments later my sandwich came, no frills, in a paper basket. I have to say out of all the GCS’s I tried, this one looked the prettiest. It really could have been on the cover of Grilled Cheese Monthly. [Side note: If that magazine exists, let me know.] I am sad to report that this was a superficial sandwich – so gorgeous from the outside, but bland and forgettable on the inside. The bread was very dry and the cheese had absolutely no flavor. In its defense, it was cooked very well and I am sure some of their more adventurous sandwiches have a bit more going on. But I must admit I was pretty disappointed in this one….However, I really wanted to try the “Crabbymelt” which features Monterey Jack and Crab Dip – oh yes – so I look forward to giving this place another shot.

Rocket to Venus
3360 Chestnut Ave.
Several online sources pointed to R2V as serving an above-average GCS. Are you sick of my acronyms yet? I eagerly arrived with my dining companions promptly at their 5pm opening so as to avoid the rush of happy hour (it is, after all, really more of a bar than a restaurant). They have no kid’s menu but were happy to make some Mac and Cheese (which at $8 was a painfully pricey “kids” meal). Their sandwich is listed as “Muenster & Swiss on ciabatta with bloody mary sauce on the side” ($9). Again, kind of pricey for bread and cheese. Their sandwiches come with french fries. It was not one of those days so I substituted brussels sprouts for an extra $2. This one was really more of a pressed panini, with no evidence of butter, just pressed. The cheese was abundant and extra oozy and gooey, which I liked, but both the bread and the cheese lacked flavor. The “Bloody Mary Sauce” saved this sandwich from total bland-dom. It was basically cocktail sauce with a bit extra horseradish, but it gave the sandwich the zip it needed. All in all I found the meal overpriced and the sandwich over-hyped.

Atwater’s (WINNER!!!!)
529 E. Belvedere Ave.
Atwater’s (four locations, we went to Belvedere Square) is known for their daily soups and fresh made breads. The Grilled Cheese is not always on their menu, but after a little research I learned that you can always ask for it and they will make it. Piece of advice here, friends: ask for it. Despite its misleadingly plain appearance, this was the hands down winner of my quest for the best GCS in town. And at $4.95, you can’t beat the price. The sandwich came on bread that I can only describe as otherworldly. I think it was made by angels. Perfectly fragrant and wheaty, chewy, fresh, and with just enough bite in the crust. The cheese inside was just as pleasing: a tart, sharp cheddar that held together but still had enough meltiness. It was here that I discovered what I consider to be the perfect GCS: beyond fresh bread, and sharp sharp cheese. This was heaven. It comes with a handful of pickles. It doesn’t need anything else. It’s perfect. Atwater’s also features a kid’s menu with several items, including a grilled cheese for the little ones. I am sure my son liked it, but I didn’t pay much attention, as I was too busy inhaling my lunch and rolling my eyes in pure Grilled Cheese bliss.

Chez Yeskey (aka My {Mary Alice’s} Kitchen)
In my research for this quest I read many recipes online for the “Best Grilled Cheese”. I found a common thread in nearly all of them – they all stressed that the key to not burning your bread before your cheese melts (the sacred sweet spot of GCS heaven) is to make sure your butter and your cheese are at room temperature when you start. I do not disagree with this advice, but as a mom of a now dangerously mobile 16 month old, I know I speak for many when I say that there is no way I am ever going to have my act together enough to PRE WARM MY CHEESE. Which led me to want to share a little tip that I learned from my husband. When we first started dating he made me a grilled cheese and I watched with curiosity as he did it, as it wasn’t the way my mother did, which is How Everyone Thinks Things Should Be Done. His key to grilling + melting perfection is to cook the cheese on the bread open faced over low heat, in a covered pan. This sounds wacky, I know, but the covering of the pan keeps the heat in and melts the cheese very quickly. As soon as your cheese is nearly done, flip the sandwich together, and finish it off for a couple of seconds on each side. Here is a little photo essay showing how to get it done, featuring one of my favorite combos: wheat bread with one slice of american and one slice of swiss. Gooey, ooey, yumminess.

Disclaimer: The Grilled Cheese Sandwich, like most comfort foods, is a dish that has innumerable variations. Everyone makes it a bit differently. Some folks like to get fancy, with baguettes and brie and apple slices. Some folks claim that if it’s not white bread and Kraft slices, it’s not a proper GCS. I consider myself somewhere in the middle. I know the following report reflects my taste and my taste alone. Also, I really wasn’t able to hit all the places I could have – in particular I really wanted to check out the GrrChe Food Truck, but was unable to catch up with them (rats!). Therefore, please chime in on the comments below with your own thoughts on where to find the most spectacular GCS in Baltimore. This is a never-ending quest, my friends!
Tags: atwater'sgrilled cheeselangermann'srocket to venusthe grilled cheese co.

Previous Article secrets for capturing amazing photos of your kids this spring! 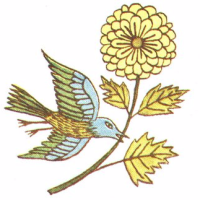 LAST CHANCE for Snow Much Fun! ⛄ Have faith in 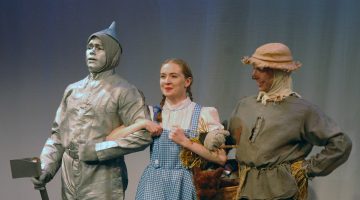 Where to Play This Weekend: Fun Baltimore Family Events, September 21-23