When you think of a bundt cake, what image comes to mind? For me, I picture Betty Draper, dressed in her finest crinoline skirt with a demure cashmere twinset, emerging from her kitchen in Ossining, NY serving up a slice of bundt cake from a beautiful milk-glass cake stand. Its an icon of the 1960’s comfort food, and as a child of the 1970’s I think every kitchen had a bundt cake pan. They were the fun pans with the tube centers. My mom’s was tattered when I was a little girl, first allowed to help in the kitchen. When I started assembling my own kitchen, a bundt cake was right up there on my list of kitchen essentials, with a proper cheesecake springform pan, and angel food pans.

Little did I know, the bundt pan actually isn’t all that old in America. In 1950, a group of Minneapolis women of Hadassah, approached Nordic Products owner H. David Dalquist and asked him to make an aluminum version of the cast-iron kugelhupf pan common in Euorpe. Obligingly, he made a few for the members and a few extra for the public. Not many of these fluted tube pans sold until ten years later when the new Good Housekeeping Cookbook showed a pound cake that had been baked in one of them. Suddenly every woman wanted a pan just like it. What really put the Bundt pan on the culinary map of America, however, was the Tunnel of Fudge Cake, which made the finals of the 1966 Pillsbury Bake-Off Contest. And the rest is history.

My budnt pan doesn’t have nearly the battle scars that my mom’s does but I have affection for it that is more emotional than anything. It reminds me of the first few cakes I was allowed to help my mom with, the kind that came out of the pan pan beautiful and graceful without even a smidge of icing on them. The fanciest were the ones with the drizzled icing, in glorious drips going down the fluted sides.

Around the holidays, I sampled an amazing slice of the Lady Balti Mo’ cake from the Baltimore Cakery and it inspired the cake chosen below. I chose the sea salt caramel frosting because my Pinterest page has had an onslaught of caramel recipes and it’s no small secret that I’m pretty obsessed with caramel.

Stoneleigh neighbors, you will have to let (cool) progeny readers know what you think of the cake after Saturday’s St. Patrick’s Day bowling party at the Stoneleigh Lanes!

Heat the oven to 350 degrees F. Grease and flour two 9 inch round cake pans or a bundt cake pan.

In a medium bowl, combine the flour, baking powder and salt and stir with a fork to mix well. Stir the vanilla into the milk.

In a large bowl, beat the butter and the sugar with an electric mixer at high speed for 2–3 minutes, until they are well combined. Stop now and then to scrape the bowl down. Add the eggs, one by one, beating well each time. Pour in 1/2 cup of the burnt sugar syrup and beat well.  Add a third of the flour mixture and about half of the milk, beating at a low speed, until just incorporated. Mix in another third of the flour and the rest of the milk. Finally, add the remaining flour.

If you are using two pans, divide the batter between the cake pans and bake for 20 to 25 minutes until the cakes are golden brown, spring back when touched gently in the center and begin to pull away from the sides of the pan. If you are using a bundt cake pan, increase your baking time overall. In MY oven it took closer to 50 minutes – but I have a slow oven. Check for doneness using the dry toothpick test.

Heat the sugar in a cast iron skillet or another heavy bottomed pan with high sides. Heat over a medium-low heat, stirring occasionally, until the sugar melts into a clear brown caramel syrup. It should be the color of tea.

Gradually add the boiling water, pouring it down the sides of the pan so that if the syrup foams and bubbles up, you should be protected.

Continue cooking, stirring often, until the water combines with the syrup and turns a handsome brown syrup.

Remove from the heat and set aside to cool. Store the cooled syrup in a sealed jar if not using right away

Beat butter and cream cheese at medium speed until creamy.

Add 2 cups of the powdered sugar into the butter/cream cheese mixture and beat to combine.

Add 1 cup of the salted caramel and beat to combine.

Add additional powdered sugar until the frosting is the sweetness and consistency you desire and frost your masterpiece.

Combine the sugar, water, and the corn syrup in a large saucepan and stir with a wooden spoon over medium heat until sugar is dissolved.

Cover the saucepan and let it cook over medium heat for 3 minutes.

After 3 minutes, remove the lid, increase the heat to medium-high, and bring to a boil.

Do not stir from this point on, but instead swirl the liquid around the pan so that the caramel doesn’t burn.

Continue to cook until the caramel turns an even amber color then remove from the heat and let stand for about 30 seconds.

*** Be careful here *** Pour the heavy cream into the mixture. The mixture will bubble up significantly and is very hot.

Stir the mixture, again being careful. Add the butter, lemon juice, and salt. Stir until combined.

Measure 1 cup into a Pyrex measuring cup. Stirring occasionally, allow to cool until thick like molasses and warm to the touch, about 20 minutes.

Save any extra in a sealed container in the refrigerator. It is delicious on ice cream, not to mention your finger… 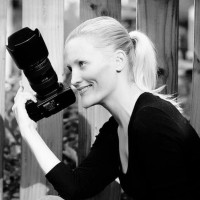 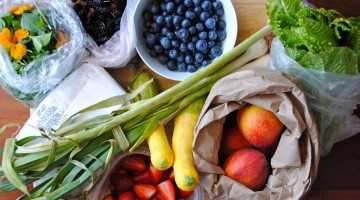